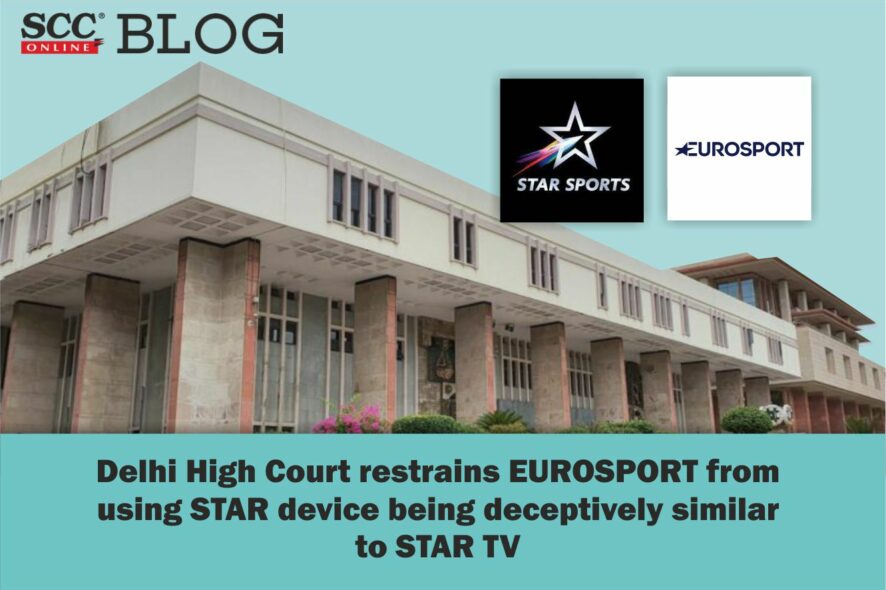 Delhi High Court: In a case filed by Star Televisions Productions Limited (‘plaintiff’) seeking permanent injunction to restrain EUROSPORT (‘defendants’) from infringing ‘STAR mark’ ‘STAR Device’/trademark belonging to the plaintiffs, Asha Menon J. allowed the application and granted interim injunction against defendants from using the impugned marks and, or any other mark which is identical or deceptively similar to the Plaintiff’s registered STAR Marks including the STAR Device.

The defendant 1 is EUROSPORT, defendant 2 is Discovery Communications, LLC and defendant 3 is Discovery Communications India. The grievance of the plaintiffs is that the defendants have recently renamed their sports channel which was known as DSPORT with the logo of a globe, i.e. to EUROSPORT using the STAR marks in relation to their sports television channels. In the year 2012, 20% stake in EUROSPORT was acquired by DISCOVERY which then grew into full ownership in 2015. However, the brand EUROSPORT was given a facelift and the impugned mark was resultantly adopted in 2015 in order to enhance and modernize EUROSPORT’s visual appeal.

The conflicting marks are as follows 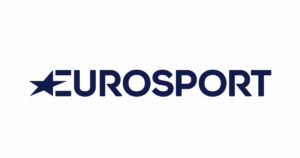 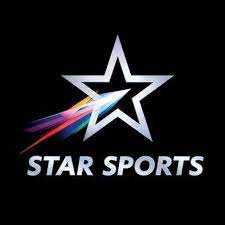 Whether the subsequent user/registered proprietor should be restrained from using its Trade Mark, even if it was registered?

The present is a case where both trademarks are registered trademarks. Reliance was placed on HTC Corpn v. LV Degao, 2022 SCC OnLine Del 953, wherein it held that certain factors are relevant in deciding cases, where there are two registered trademarks, while both proprietors could use their respective trademarks exclusively against third party, but not against each other, but the registration of the later Trade Mark may be refused or cancelled: (i) when deception or confusion results, (ii) there is dishonest user, (iii) subsequent use is without due cause, (iv) there is bad faith, or (v) dilution of the distinctiveness of a prior registered Trade Mark may occur .

In 2017, the defendants had entered into the sports broadcasting arena in India under the name DSPORT after DISCOVERY had taken over EUROSPORT. They adopted a Single Star Device embedding it in the alphabet “D” which was immediately disputed by the plaintiffs and settlement was reached where defendants 2 and 3 agreed to alter the “DSPORT” logo with the star marks, by removing the Star Device “entirely” and replacing it with a device of a sphere/globe. Thus, both sides acknowledged the reputation of one another and in a spirit of resolution, the defendants had agreed to not use the Single Star mark in India in respect of sports broadcasting.

The Court noted that the EUROSPORT had commenced business in 1989 in Europe, and entered Indian market only in 2017, whereas since 1992 till 2017, the company Star India Pvt. Ltd. and Star TV Production Ltd. had expanded their broadcasting activities by introducing several channels which included entertainment and sports which consistently included the word “Star” as also a Single Star logo placed in a particular manner and its variations in color and shading. Thus, the reputation and popularity that plaintiff’s channels enjoy with a wide audience has resulted in the Single Star logo being identified with the plaintiffs as the originator of the content on these channels and the provider of entertainment and sports programs on television in India.

The Court opined that it is the plaintiff’s case that they had coined the word “STAR” as an acronym for Satellite Television in Asia Region. The defendants, however, had no substantial explanation for choosing the Single Star logo, except that it is inspired by the Ring of Stars of the European Union. Thus, the plaintiffs have a right to protect the use of a common word in a novel manner.

It was also noted that EUROSPORT was itself not a very popular channel in Europe, as is evident from their own public statement made by Peter Huton on 2nd December 2015 which concededly establish that the defendants had no presence in India up to 2015 when they came in with DSPORT. By that time the plaintiffs were well entrenched in the sports and entertainment arena of the electronic media under the trademark ‘STAR’ and the distinctive Star logo.

The Court further observed that despite the settlement reached between Star TV and DSPORT, currently known as ‘EUROSPORT’ the defendants have introduced EUROSPORT with the star mark. It is not possible for them to say that the undertaking is not applicable to EUROSPORT because that was in connection to “DSPORT”.

Thus, the Court held the facts unequivocally established that the plaintiffs were able to disclose a prima-facie case in their favour. The continued dishonest use of the Single Star by the defendants would cause irreparable loss and injury to the plaintiffs particularly, by diluting the unique use of the word “STAR” which is a created word and the “Star” logo, by common usage. The balance of convenience lies in favour of the plaintiff as they have built up a strong reputation in India over a long period of time, whereas the defendants have just entered the market in 2017 as EUROSPORT.

Arunima Bose, Editorial Assistant has put this report together.

Question of facts cannot be adjudicated upon under Section 482 CrPC; death of husband not to result in abatement of proceedings under DV Act

‘Furlough not a legal right’: Supreme Court explains difference between Parole and furlough