Making a significant move, the Real Estate Appellate Tribunal passed an order in the favour of a group of flat purchasers/allottees allowing the appeals filed by them challenging an order passed by MahaRERA (Maharashtra Real Estate Regulatory Authority). The buyers had made bookings for the purchase of flats in the year 2012-2013 in a project named Island City Center in Spring Mills Compound, Wadala. The bookings were made by the buyers pursuant to the various representations made by the promoters of the project in their advertisements, brochure, prospectus, etc.

Upon making the bookings by paying approximately 19% of the sale consideration along with service tax and MVAT (Maharashtra Value Added Tax), the buyers were issued allotment letters containing, inter alia, a list of amenities to be provided in the flats and buildings and an express commitment that the possession of the flats would be handed over in the year 2017. The promoters, however, failed to hand over the possession in the year 2017 and carried out major amendments in the plans of the project multiple times and without any intimation to the buyers. After amendments, the project was devoid of many prime features, attractions and amenities that were promised to the buyers in the advertisements as well as the allotment letters. The RERA came into force on 1-5-2017 and the promoter then eventually registered his project with the MahaRERA as it was incomplete on 1-5-2017. The promoter kept on extending the timeline for the completion of the project and mentioned the proposed date of possession as 31-8-2018 and then revised the date for completion of the project as 31-8-2019 at the time of the registration.

Aggrieved, the buyers filed complaints before MahaRERA under the Real Estate (Regulation and Development) Act, 20161 against the promoters and sought to withdraw from the project by claiming refund of the sale consideration, service tax and MVAT paid by them along with interest under Section 122 (case of false statement contained in the notice, advertisement or prospectus published by the promoter) and Section 183 (failure on the part of the promoter to give possession) thereof.

According to Section 12 of RERA, if a buyer invests in a particular project based on the information contained in the prospectus/advertisement or after seeing a model apartment, plot or building and sustains any loss or damage by reason of any incorrect, false statement included therein, he shall be compensated by the promoter. It also provides a refund of the entire investment with interest if a buyer wishes to withdraw from the project on being affected by such incorrect or false statement contained in the advertisement or prospectus.

Section 18 provides that if the promoter fails to complete or is unable to give possession in accordance with the terms of the agreement for sale, he shall be liable, if the buyer wishes to withdraw from the project, to return the amount received by him with interest including the compensation in the manner provided under RERA.

However, the complaints were dismissed by MahaRERA on the ground adopted by the promoters that Sections 12 and 18 did not apply to the transactions in question as the same were entered into much prior to the enactment of RERA and that there was no delay under Section 18. The MahaRERA observed that the project was an ongoing project which was registered under the provisions of RERA once the same was enacted. It is vital to note that, at the time of registering an ongoing project, the promoters are required to provide a time period within which they undertake to complete the project or any part thereof, as the case may be. The promoters can provide an updated/extended timeline. In the instant case, the promoter had mentioned August 2019 as the date of completion of the project. It was on this basis that the MahaRERA held that there was no delay in handing over the possession. Aggrieved by the order passed by the MahaRERA, the buyers filed an appeal before the Maharashtra Real Estate Appellate Tribunal.

The Tribunal, however, rejected the said view and held that the delay in handing over possession would be counted from the date mentioned in the agreement for sale (in this case the brochure) and not from the revised date mentioned at the time of registration. The Tribunal set aside the order of MahaRERA by holding that the provisions of Sections 12 and 18 would apply even if the transactions were entered into prior to enactment of RERA as the project was ongoing and had not been completed. In the light of the above circumstances, the Tribunal set aside the order of MahaRERA and ordered the cancellation of allotment letters. It further directed the promoters to return the amounts they had received from the buyers along with other ancillary costs including stamp duty, service tax and MVAT incurred by the homebuyers with interest @ 2% above State Bank of India's highest marginal cost of lending rate from the date of payment of the said amount till realisation of the amount.4

Discontented by the order passed by the Real Estate Appellate Tribunal, the promoters of the project filed appeals before the Bombay High Court seeking stay of the impugned order passed by the Tribunal. However, the Bombay High Court upheld the Tribunal's order and rejected the appellant's prayer for stay.5 Dissatisfied and aggrieved, the promoters filed SLPs (special leave petitions) before the Supreme Court of India. However, the Supreme Court dismissed the special leave petitions seeking permission for filing an appeal against the High Court's judgment that upheld the Real Estate Appellate Tribunal's order for refund to the flat buyers for delay in handing over the possession.6

The Real Estate Appellate Tribunal's order will go a long way in protecting the interests of the homebuyers against the unfair or unethical practices adopted by the promoters/builders, who abdicate their responsibilities with respect to the agreements entered by them.

The common order passed in the above matter can be perceived as a confirmation towards the attainment of efficacious remedies embodied in the RERA. It will help in elevating the level of transparency in real estate transactions. The order passed will also help to restore hope and trust in the system and prevent the same from getting dismantled. It also communicates the message that the homebuyers/flat purchasers have a right to walk out of any project and obtain compensation at the same time if the builder fails to fulfil his obligation of granting the possession as per the agreed timeline. It can be hoped that this order will bring about some discipline amongst the builders and help the flat buyers to combat the malpractices of the builders.

Having invested their hard-earned money and time, the homebuyers/flat purchasers cannot be forced to rely upon the false promises of the builders/developers. It is vital to note that not all buyers are equipped with the financial capacity to indulge in litigation, as it would entail a heavy expenditure at their end followed by the perpetration of mental agony.

It can be concluded that RERA has been enacted in the larger public interest for the purpose of settlement of disputes and redressal of grievances between the homebuyers and the builders/developers including compensation for any delay in handing over the possession or non-compliance with the terms of the agreement, etc. The order will induce fear among the builders accompanied with keeping them more alert while in the course of the transactions.

The order passed in the above matter conveys that the courts and/or the tribunals across the country will not remain mute spectators to the blatant violation of the law and have been conferred with the power to take strict action against those who are seen flouting the law. The stringent provisions within the purview of RERA prescribing imprisonment and penalties for non-compliance of the rules, now coupled with the above order will compel the developers/builders to constantly monitor their demeanour ensuring that the terms and conditions incorporated in the agreements are complied within an ethical manner. 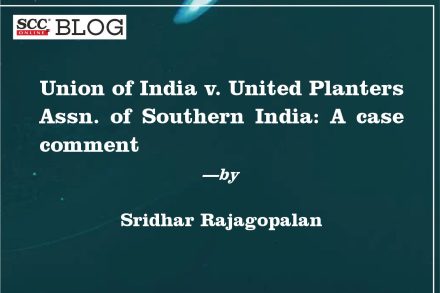 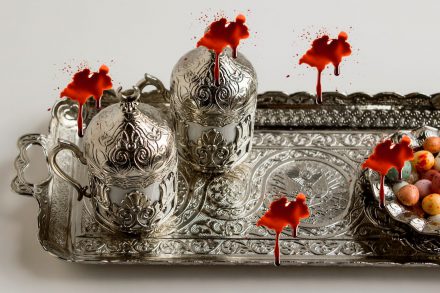 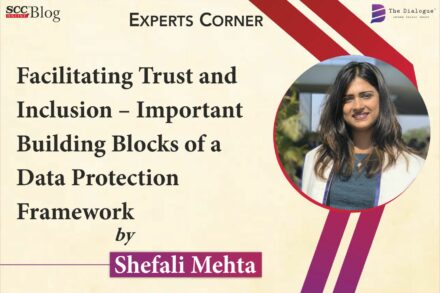