Himachal Pradesh High Court: While deciding an appeal against award of Rs. 15,85,000/- compensation to the deceased’s mother, Jyotsna Rewal Dua, J. held that inability to produce documentary evidence of deceased’s income while commutation of income may not justify adoption of lowest tier of minimum wage.

An appeal was preferred by the Insurance company against the award of Rs. 15,85,000/- compensation passed by the Tribunal to the deceased’s mother. The Appellant argued that in the absence of any documentary evidence of deceased’s income, the compensation must be calculated as per minimum wage rate, i.e. Rs. 7,000/- per month. On the other hand, deceased’s mother argued that deceased’s income was Rs. 10,000/- per month from agricultural pursuits and in addition to that he had completed two-year NCVT course in Mechanic (Motor Vehicle) Trade from a Government Industrial Training Institute and if he had lived, he would have earned more than Rs. 10,000/- per month.

The Court relied on Kirti v. Oriental Insurance Co. Ltd., (2021) 2 SCC 166 in which it was observed that the court needs to keep in mind its duty to award just compensation, neither assessing the same conservatively nor so liberally so as to make it a bounty to the claimants.

The Court also took into account Chandra v. Mukesh Kumar Yadav, (2022) 1 SCC 198, where it was observed that just because the claimants were unable to produce documentary evidence to show the monthly income of the deceased, it should not justify adoption of lowest tier of minimum wage while computing the income. It was stated that,

“In absence of salary certificate the minimum wage notification can be a yardstick but at the same time cannot be an absolute one to fix the income of the deceased. In absence of documentary evidence on record some amount of guesswork is required to be done. But at the same time the guesswork for assessing the income of the deceased should not be totally detached from reality.”

Relying on the facts of case, documents relating to educational qualification of the deceased and authority cited, the Court held that deceased’s income was correctly assessed by the Tribunal and there is no reason to interfere with the impugned award. 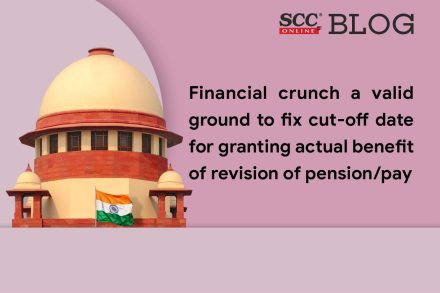 By Prachi Bhardwaj Published on August 25, 2022