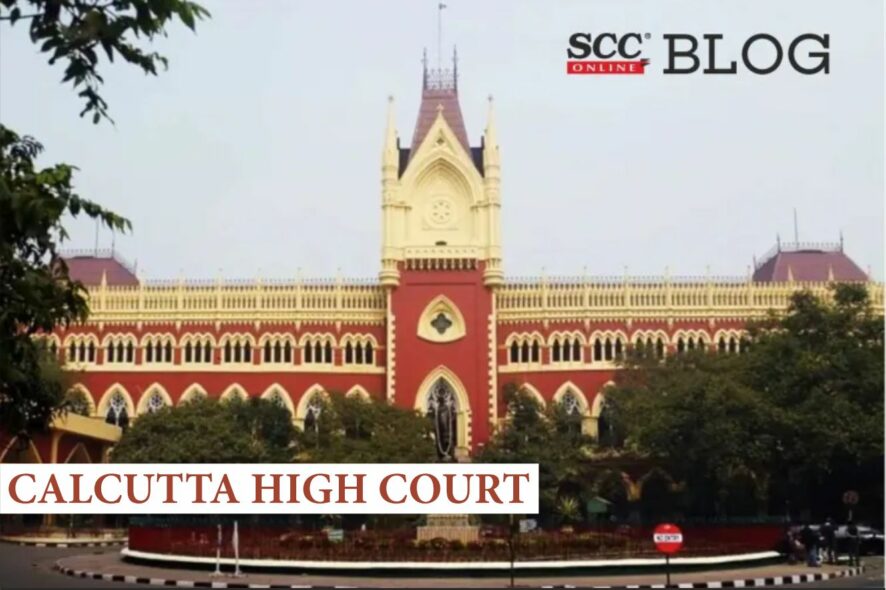 Calcutta High Court: Sugato Majumdar, J. allowed a criminal appeal which was assailed against the judgment and order of Additional Sessions Judge whereby the Appellants were convicted of offence under Section 304 of the IPC.

The de-facto complainant who was the mother of the deceased. The deceased was a private tutor of the son of Appellant 2 and 3 and appellant 2 was his close friend. A love-affair developed between Appellant 3 and the deceased. It was alleged that all the Appellants black-mailed the deceased and extorted lump-sum amount from him. On 12-01-2004, the deceased left his residence at 10:30 A.M. for the residence of the Appellants and later that afternoon appellant 1 told complainant that the deceased had consumed poison. On hearing this the de-facto complainant rushed to the doctor’s chamber where he was found lying on a bench. After few hours, victim expired and Hospital report showed that cause of death was poisoning. A complaint was registered.

During pendency of the appeal, the Appellant 1 expired. So, the appeal abated against him. The Counsel appearing for the appellants submitted that the instant case was a glaring example of aberration of justice. It was contended that the charge was framed for culpable homicide not amounting to murder alleging that the Appellants applied force upon the victim to consume unknown poison. In contrast, the impugned Judgment was delivered convicting the Appellants on the ground that the Appellants caused head and other injuries to the person of the deceased resulting in his death. The Appellants were never informed of or given opportunity to set up defense in respect of the different set of facts allegedly constituting the crime, for which the Appellants were convicted. Neither any question was put, nor any hints was given to the Appellants, in course of their examination under section 313 of the Criminal Procedure Code, 1973 about the different set of facts and circumstances to be considered against them. It was also stressed upon the fact that there is no evidence to the effect that the deceased ever visited the residence of the Appellants. He also contended that the post-mortem report was of some other person.

The Court noted that the Trial Judge based his findings on circumstantial evidence. The court further noted that the Postmortem Report concluded that cause of death was head injury caused by hard blunt instrument. This contradicts the medical papers associated with treatment of the deceased. Postmortem examination might have been conducted on a different dead body other than that of deceased in question. The Court was of the opinion that the Postmortem Examination Report cannot be relied upon for coming to any conclusion on cause of death of the deceased.

Once the postmortem examination report is disregarded, the very basis of conviction becomes nugatory. There remains no basis of the finding that the Appellants assaulted and caused injury to the deceased resulting in his death.

It is not understandable why the Trial Court, in oblivious of ocular testimonies as well as documentary and other oral evidence solely relied upon the Postmortem Report and developed a story as if to sanctify a wrong report. Inspite of absence of any evidence the Trial Court concluded that the Appellants assaulted and injured the deceased causing his death.

The appeal was allowed, and the impugned order was set aside finding that the impugned order by the Trial Court was based on surmise and conjecture, was opposed to any reason, rationality, principles of evidence and natural justice. The impugned judgment is anathema to all rationality and reasoning. Such perverse findings should be seriously looked into.

Appellant 2 and the Appellant 3 were set at liberty, and they were also released from their bail bonds.

Tri HC takes suo-motu cognizance on reports of minor girl being pushed into flesh trade outside State; Co-operative efforts of agencies resulted in bringing the girl back to Tripura

MP HC | Rule 2(13) read with Entry 3 and 4 of Schedule I of the Madhya Pradesh Medical Admission Rules, 2018 violative of Articles 14 and 19(1)(g) of the Constitution? Court explains in writ filed by Private Universities