The tax related disputes in India, were previously governed by the Tax Resolution Scheme, 2016 (the 2016 Scheme) which had a designated authority to deal the cases through physical mode. However, on 5-4-2022 the Central Board of Direct Taxes (CBDT) issued a notification3 (notification) introducing an e-Dispute Resolution Scheme (Scheme) which is made applicable to the dispute resolution provided under Chapter XIX-AA of the Income Tax Act, 19614 (the IT Act). The notification provides for an end-to-end mechanism of dispute resolution which would be conducted through electronic medium going forward. It has made the process of dispute resolution more flexible, convenient, and approachable for the parties and authorities concerned. The Dispute Resolution Committee (the Committee)5 has been constituted under the Scheme which would be responsible for adjudicating these income tax related disputes. The taxpayers who have return income of up to Rs 50 lakhs and having dispute not exceeding Rs 10 lakhs can access the Scheme.

Procedure for dispute resolution as per the new Scheme

The notification6 provides for an end-to-end process to be followed while resolving the dispute which is as follows:

The assessee who satisfies the conditions prescribed under any order may file an application before the Committee for dispute resolution in respect of his tax returns for a particular financial year. The application must be filed electronically in Form No. 34-BC7 and within the region of Chief Commissioner of Income Tax (CIT) having jurisdiction over the matter. The submission of the application will be via sending an e-mail to the Committee accompanied with receipt of payment of tax and a fee of Rs 1000.

The period for filing application is kept: (i) within such period from the date of formation of Committee or specified by the Board in the cases where appeal is pending before the Commissioner; or (ii) within 1 month from date of receipt of the particular order. The application process is quite convenient for both assessee and Committee as the mode of filing is through electronic medium.

The application then will be examined by the Committee with respect to the criteria and conditions which were mentioned in the said order. After examination, if the Committee is of the opinion that the application should be dismissed, then the Committee is obligated to serve a show-cause notice to the assessee to show as to why his application should not be dismissed. The assessee will be provided with an equal opportunity of being heard via videoconferencing facility. A reply to the notice needs to be filed by the assessee within the specified given time and date. After considering the reply, the Committee may either reject or proceed to entertain the application on merits and the application will be presumed to be rejected if no response is filed. The Committee's decision regarding acceptance or rejection of application will accordingly be intimated to the assessee on his e-mail address. The appearance before the Committee of the person is not required.8 Moreover, no authorised representative is required to be present in connection with the proceedings as the hearing is conducted in electronic mode. Further, within thirty days from admission, the assessee is required to furnish proof of withdrawal of appeal or must establish that no proceeding is pending in the instant case.

Procedure complied by Committee after admission of an application

(i) to make alterations to the variations in the specified order, which should not be prejudicial to assessee's interest and may waive imposition of penalty or immunity from prosecution9 and accordingly pass resolution order; or

(ii) to not to make any modifications in the order but may grant waiver of penalty and immunity from prosecution and accordingly pass resolution order and the order will not be prejudicial to assessee's interest; or

(iii) to not make any alterations to the said order and pass such order disposing of the application which is not prejudicial to assessee's interest.

Further, the Committee is empowered to waive penalty or grant immunity from the prosecution on satisfaction of certain conditions10. Any proceeding before the Committee is to be considered as equivalent to judicial proceedings within the meaning provided under the Penal Code, 186011 (IPC). Every authority for income tax related matters is presumed to be a civil court for the purpose of Section 195 of the Code of Criminal Procedure, 1973 (CrPC)12. The Committee is empowered to remove the difficulty or inconsistency with the provisions of the Act. This can be done either suo motu or on an application made by assessing officer or assessee regarding such difficulty.13

Procedure after decision passed by the Committee

The Committee will endeavour to dispose of the application within 6 months from the end of month in which application was admitted for dispute resolution. A copy of the order passed by the Committee of resolution will be served to the assessee and the assessing officer (if required). The assessing officer will notify and send a copy of the modified order accompanied by the demand notice for making payment wherein the dates would be mentioned for payment to the assessee. Then, the assessee must undertake to provide proof of payment to the officer and the Committee. After receiving the payment receipt, the Committee by an order in written form, has the power to grant immunity from penalty and prosecution (if applicable). The order for the dispute resolution will be made in accordance with the provisions contained under the IT Act.

Termination of proceedings by the Committee

According to the notification14, the Committee is empowered to terminate the dispute resolution proceedings at any stage if the Committee considers it necessary after giving reason in writing and providing an opportunity of being heard to the assessee. The proceedings can be terminated by the Committee on any of the following grounds, namely:

(i) failure on the part of assessee to cooperate during the course of proceedings; or

(ii) when the assessee has failed to respond or submit any information which was required as per the notice issued to him; or

(iii) if the Committee believes that any material has been concealed by the assessee during proceedings or had presented false evidence; and

(iv) failure, if any, by the assessee to pay the demand which was required to be complied under Para 4(1)(xviii).

After termination of proceedings, the Committee is required to intimate15 the Income Tax Authority concerned to take necessary action in accordance with the provisions of the IT Act.

Remedy, in cases where application was rejected

In case the application was rejected under Para 4(1)(vii), the assessee has the remedy to prefer an appeal to the Commissioner (Appeals) and the time taken by the Committee in deciding the admissibility of the case will be automatically excluded from the period available for the purpose of filing the said appeal.

Rules/Particulars to be complied with during dispute resolution proceedings

The notification warrants for compliances both by the assessee and the Committee, so to ensure there is confidentiality maintained throughout the dispute resolution proceedings. These include:

Mode of communication will exclusively be electronic mode

Every communication between the Committee, assessing officer and the assessee must be exchanged and conveyed only by way of electronic mode to such an extent which is technologically convenient and feasible. Moreover, every internal communication between the Committee or any Income Tax Authority has to be conveyed exclusively by electronic medium.16

The authentication of the electronic record can be done by the Committee by affixing its digital signature. In case where the assessee or any individual is required under the Income Tax Rules (IT Rules) to provide his return of income, then he can authenticate by affixing his digital signature. In all the other cases, communication can be done through registered e-mail address.17

There can be issues surrounding electronic evidence such as tampering, threats caused by viruses, and as it is volatile in nature, it can be destroyed easily when handled with negligence. Under the Scheme, every order or notice or any other electronic record to be communicated, will be served to the assessee or any other addressee through: (i) sending an authenticated copy to the account of assessee or any other addressee; or (ii) sending authenticated copy of the said record to the assessee's e-mail address or in other cases to e-mail address of such other addressee of his authorised representative.18

Proceedings not accessible to the public

The proceedings before the Committee will never be made open to the public and no one is allowed to be present even during the videoconferencing except the assessee, his employee, the officer concerned of the Committee, Income Tax Authority, or the authorised representatives.19 Although the said rule makes the process non-transparent, the reason behind this is to maintain the confidentiality of assessee in taxation matters.

Power to determine the mode, format, process, and procedure of the resolution proceedings

The Principal Director General or Director General of Income Tax (Systems) has authority to lay down the procedures, processes, and standards for effective function of the Committee under the said Scheme.20 It has authority to decide the processes regarding (i) manner in which order is served; (ii) receipt of any information or document; (iii) issuance of official e-mail id to the Committee; and (iv) provision of e-proceeding facility.

In other countries like USA, the taxation matters are settled through the deficiency determination process; similarly in UK, the resolution is done by the first-tier tribunal. Therefore, in other jurisdictions electronic modes of resolution have not yet been adopted in toto. In India, e-Dispute Resolution Scheme issued by CBDT is one such step towards making the dispute settlement more feasible in the matters of income tax. This dispute resolution process is totally handled by the Dispute Resolution Committee which resolves the matter electronically. The assessee is not required to be present physically as the entire process is conducted on a virtual platform. The Scheme has provided a perfect alternative to the traditional approach of resolving dispute as unlike settlement by court it is more expeditious, cheaper, and convenient. However, the Scheme suffers from a loophole that it does not provide an alternative to electronic mode in case the party is unable to be present virtually, or where the assessee does not have adequate knowledge and exposure to electronic documents. The said flaws should be removed to have an effective remedy for resolution of disputes in the income tax regime. Broadly, considering the number and nature of tax returns in India, the e-Dispute Resolution Scheme is an extension of futuristic mindset in adjudication of tax related cases.

12. Code of Criminal Procedure, 1973, S. 195. Prosecution for contempt of lawful authority of public servants, for offences against public justice and for offences relating to documents given in evidence. 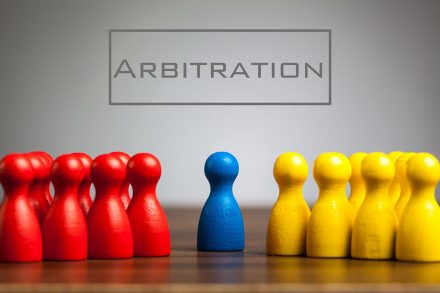 Determination of Seat Law by the Indian Courts

Question Marks on Efficacy of the Principle of Constructive Notice 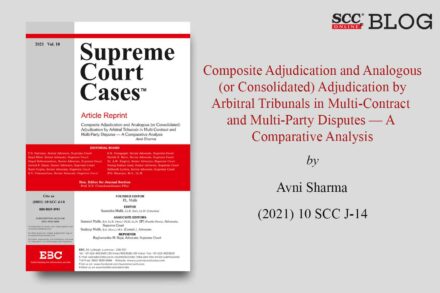