Rouse Avenue Court, New Delhi: While granting bail to the applicant Pramond Kumar Bhasin, Ajay Gulati, J. observed that the charge sheet has not even mentioned the role of the applicant in demanding the alleged bribe from NGO GOREF even though the employee of an NGO Ganga Orthopedic Research and Educational Foundation ‘GOREF’ who is said to have paid the bribe to the applicant through a Hawala operator, was arrested and subjected to custodial interrogation.

Ajay Gulati J granted bail to Pramod Kumar Bhasin who is a public servant accused and arrested for allegedly extracting bribe from NGO’s / institutions/ missionaries whose applications for renewal of eligibility to receive foreign grants and funds were pending in the FCRA Division, Ministry of Home Affairs. The bail was granted observing various irregularities in the investigation and in light of other accused(s) been granted bail subject to certain conditions.

The applicant is a public servant who was arrested for demanding and accepting bribes from NGOs. Allegedly, as per the FIR, the applicant demanded a bribe of Rs. 2 lakhs for processing the file of an NGO named GOREF, and received Rs. 1.5 lakhs from GOREF via its employee Mr. E. Vageesh, through a Hawala Operator. Additionally, it was also alleged in the FIR that the applicant used to handle all of his ill-gotten money through Hawala operators. In fact, during the alleged handing over of an instalment of a bribe of Rs. 4 lakhs from an alleged Hawala operator named Gajanand Sharma., one of his henchmen, Robin Devdass, was arrested red-handed by the CBI. Further, as alleged in the FIR, the applicant is said to have demanded bribes from several other NGOs as well.

It was detailed in the charge-sheet that an investigation has been conducted regarding the role of the applicant in contacting alleged Hawala operators for the handling of his ill-gotten money and also in accepting an alleged bribe of Rs. 1 lakh from a representative of Srijan Foundation- Swapan Manna, which was delivered to another Hawala operator named Vimal Tawaniya. The alleged Hawala operator Pawan Kumar Sharma was in turn handed over the said bribe by Vimal Tawaniya who is also a listed accused in the FIR

In the Court, the Public Prosecutor for CBI strongly opposed the bail application on the ground that the role of the applicant is very serious in nature, and he is suspected to be the king-pin of the entire conspiracy involving illegal renewals of various NGOs/missionaries to receive foreign funding, for illegal monetary gains under Foreign Contribution (Regulation) Act, 2010 ‘FCRA’

The Court noted that neither the alleged hawala operators, Gajanand Sharma and Vimal Tawaniya nor the representative of Srijan Foundation, Swapan Manna have been arrested although they have been mentioned in the charge sheet along with the present applicant. Further investigation has been kept pending, as per the charge sheet.

The Court observed that although in the FIR, the role of the applicant has been highlighted for demanding bribes from various NGOs and routing the alleged bribe received through Hawala operators, the charge sheet mentions only one such foundation which is Srijan Foundation. Additionally, the charge sheet has not even mentioned the role of the applicant in demanding the alleged bribe from NGO GOREF even though Mr. E. Vageesh, an employee of GOREF who is said to have paid the bribe to the applicant through a Hawala operator, was arrested and subjected to custodial interrogation. The court noted that the role of the applicant regarding the case of NGO GOREF seems to have been completely forgotten by the investigating officer. The court also noted that the applicant has been in custody for a period of over two months as of the day of this hearing.

On a specific query by the Court, the Public Prosecutor for the CBI submitted that he has seized the FCRA files of NGO GOREF and Srijan Foundation. However, the Court observed that there was no explanation provided as to why was the representative of Srijan Foundation and the alleged Hawala operator who was asked to handle the alleged bribe paid by Srijan Foundation, have not even been arrested despite being mentioned in the charge sheet. The Court reiterated the observation that was made while granting bail to E. Vageesh who allegedly paid the bribe to the applicant on behalf of NGO GOREF that the CBI has been adopting double standards in regard to the accused persons having same set of allegations appearing against them.

Thus, the Court concluded that the alleged Hawala operators Pawan Kumar Sharma and Ramanand Pareek who have handled the ill-gotten money of the applicant, and Mr. Anish Selvaraj (private person) who was allegedly working in close conspiracy with the applicant to contact the NGOs who were ready to pay bribes for getting their pending FCRA files expedited, have already been granted bail. Consequently, the bail application was allowed subject to some conditions. 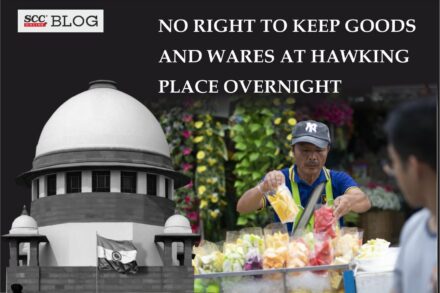