Jharkhand High Court: Sanjay Kumar Dwivedi, J., quashed the criminal proceeding registered under Sections 420, 406, 34, 120-B of the Penal Code on the ground that only the directors of the company were made accused in the FIR and not the Company. There was no mention of the bad intentions of the directors in the FIR too.

The FIR was lodged by the informant alleging that the informant and his wife opened two Demat Trading Accounts through franchisee agent, Jitendra Agarwal, in M/S Bonanza Portfolio Ltd (‘Company’), with its proprietary/partners with S.K.Goyal, S.P. Goyal, V.K. Agarwal, Shiv Kumar Goyal and Narendra Singh.

The informant used to invest money in Yes Bank Shares’ Future and delivery stock. The Company sold the shares of the informant without disclosing it to the franchisee broker and committed a breach of trust. The shares were valued at the lowest price of Rs. 4.95 with a credit balance of Rs. 5,43,150.46 in the accounts of the informant and his wife.

The informant claimed that the five partners of the Company, under a conspiracy, committed fraud, cheating and breach of trust by selling all shares of Yes Bank of informant’s and his wife’s account. It is also claimed that on 06-03-2020, mighty share brokers with the help of the operators cause fall of Yes Bank shares by 85% for few seconds and sold off all shares for making wrongful gains. Due to this, there was a loss of Rs. 41,78,307.67 in both the accounts. On 11-03-2022 and 12-03-2022 the informant made representation to the Company but did not receive any reply.

Senior counsel, M.S. Mittal, appearing for the petitioners/ partners of the Company submitted that the Company has not been accused in the FIR and relied on the Sharad Kumar Sanghi v. Sangita Rane, (2015) 12 SCC 781, in which the Supreme Court quashed the criminal proceeding on on the same ground.

Relying on the case Shiv Kumar Jatia v. State (NCT of Delhi), (2019) 17 SCC 193, he submitted that as no specific allegation were made against the Directors in the FIR and in absence of any material to prove that the Directors had criminal intent, continuation of such proceedings would be an abuse of the process of law.

Lastly, he submitted that the Court is competent to quash the FIR itself as the dispute is purely civil in nature and there is mechanism of arbitration and the Member Client Agreements are safeguarding the company. He submitted that as the Directors are not directly alleged and the company is not made an accused, the entire proceeding is fit to be quashed.

The counsel for the informants submitted that in the judgment relied on by senior counsel in the case Sharad Kumar Sanghi v. Sangita Rane (Supra), the complaint was filed, cognizance was taken by the Court against the Managing Director of the Company, and the Company was not made as an accused, this was the reason the entire proceeding was quashed. In none of the cases relied on by the petitioners, the FIR has been quashed. Hence, it was not justified for the Court to interfere at this stage as the investigation was still going on in the case at hand and there are parameters for quashing FIR.

The Court observed that law is well settled that if a wrong has been done by a company, the representatives of the wrong doer can be proceeded with, where the company is made a party, which is lacking in the case in hand. The entire allegation is civil in nature.The Court further noted that there is no doubt that criminal proceedings and civil proceedings can go simultaneously if there are allegations of criminality, and it is proved both the cases can go simultaneously. However, it is well settled that if the criminality is not made out, the continuation of criminal case will amount to an abuse of the process of law.

After considering the arguments of both sides, the Court analyzed that it is a fit case to exercise the power under Section 482 of the Code of Criminal Procedure, 1973. Accordingly, the FIR and the entire criminal proceeding was quashed.

If a cheque was issued in favour of complainant, would she still be required to prove loan transaction as she would have been in civil trial recovery? Court explains 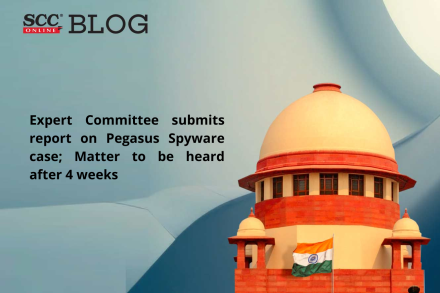