Kerala High Court: Taking note of the alarming rise in the number of sexual offenses being committed against school children, Bechu Kurian Thomas, J., issued directions to the Kerala Government and Central Board of Secondary Education (CBSE) to necessarily prescribe sessions/classes in school curriculum on the provisions of the Protection of Children from Sexual Offences Act, 2012 as well as the amendments brought into section 376 of IPC in 2013.

Emphasising the need to focus on prevention rather than punishment, the Court remarked,

“Unfortunately, the statute does not distinguish between the conservative concept of the term rape and the sexual interactions arising out of pure affection and biological changes. The statutes do not contemplate the biological inquisitiveness of adolescence and treat all ‘intrusions’ on bodily autonomy, whether by consent or otherwise, as rape for certain age group of victims.”

The Court observed that in many cases, the perpetrators of the crime are either students or persons young in age because unmindful of the consequences, teenagers and adolescents indulge in sexual relationships, and by the time they realise the consequences, it gets too late.

“A meaningful life could practically be snuffed out by an immature or negligent act arising out of human curiosity or biological cravings, which Psychologists regard as natural.”

Noticeably, the amendments brought into the Indian Penal Code, 1860, and the enactment of the POCSO Act, envisage very harsh consequences for such offensive acts. However, the Court noted,

Acknowledging that ignorance of law is not an excuse, the Court opined that it is the State which has failed to achieve the real purpose of the amendments brought into section 376 IPC and the enactment of the POCSO Act; which are manifold – punishment of the offender is only one while prevention is another. The latter purpose will be achieved only if consciousness and awareness of its provisions are created from the schools itself.

Therefore, the Court, suo motu, directed to implead three parties as additional respondents, i.e., the State of Kerala represented by the Secretary Department of Education, Central Board of Secondary Education, Kerala State Legal Services Authority with the intent to issue directions for paving the way for better awareness on the statutes concerned in schools in Kerala.

The Court directed that the school curriculum must of necessity prescribe sessions/classes on the provisions of the POCSO Act as well as the amendments brought into section 376 of IPC.

For the Applicant: Nireesh Mathew, Advocate

For the State: Public Prosecutor

Order of transfer quashed on the basis of physical incapacity 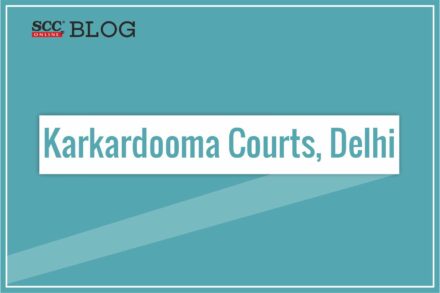 Ker HC | Can an employee claim Special Disability leave for the period spent on treatment and hospitalization due to road accident while going to workplace? HC answers