Punjab and Haryana High Court: Stating that, every citizen of the country is entitled to the protection of his life and liberty under the Constitution of India even though he may be a hardened criminal, Vinod S. Bhardwaj, J., held that protection of law cannot be denied to a person except where the rights of the person or his liberties are to be denied to him by operation of law.

High Court remarked that, Courts’ responsibility to uphold the principles of constitutional morality, there exists a parallel duty to not infringe upon the personal relationship between two free willed adults.

Petitioners approached this Court seeking protection of their life and personal liberty from private respondents 4 to 6.

Further, they contended that they were major, aged 18 and 27 years respectively. The petitioners contended that they had performed marriage against the wishes of their parents and apprehended threat to their lives and claimed that there is a constant danger of being implicated in a false case.

High Court expressed that the Supreme Court time and again observed that, it is not Court’s domain to intervene in the matters of choice or suitability of a marriage/relationship of an individual.

The relief of protection of life and liberty guaranteed under Article 21 of the Constitution of India cannot be denied to a citizen merely because he happens to commit an offence punishable under the Indian Penal Code.

With regard to the question of protection to petitioners, it would be prudent to consider the opinion of the Supreme Court in Sunil Batra v. Delhi Admn., (1978) 4 SCC 494.

This Court found itself firmly tied down to the principle of individual autonomy, which cannot be hampered by societal expectations in a vibrant democracy. The State’s respect for individual independent choices has to be held high.

“Public Morality cannot be allowed to overshadow the constitutional morality, particularly when the legal tenability of the right to protection is paramount.”

Further, the Court added that, when the Right to life and liberty is even guaranteed to convicted criminals of serious offences, there can be no reasonable nexus to not grant the same protection to those in an “legal/illegal relationship”.

Without examining the question of legality and validity of the marriage and expressing any opinion thereon, the petition was disposed of with the directions to respondent 2-Superintendent of Police, Panipat to look into the grievances of the petitioners as set out in the petition.

However, it was clarified that, in case any criminal case was registered against the petitioner, nothing in this order shall be construed as a bar for taking appropriate action by the police authorities in accordance with law.

Mr. R.K. Agnihotri, Advocate for the respondents 4 to 6

MP HC | Order by Single Judge beyond records of the case; it is beyond facts, and it is beyond truth; Appeal by State allowed

Supreme Court fixes outer limit for claiming COVID-19 death compensation; Claims to be filed within 90 days from now on 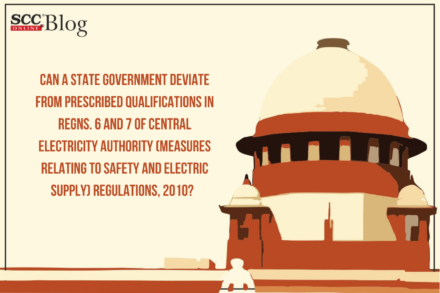 Explained| Can a State Government deviate from prescribed qualifications in Regns. 6 and 7 of Central Electricity Authority (Measures relating to Safety and Electric Supply) Regulations, 2010?