Calcutta High Court: The Division Bench of T.S. Sivagnanam and Hiranmay Bhattacharyya, JJ. party allowed a writ appeal which was filed against an order dated 22-11-2021 challenging the jurisdiction of the 7 th respondent, the Sr. Audit Officer / SSCA-FAP-4 in issuing two communications both dated 22-03-2021 enclosing a memo called as “spot memo”. The appellants questioned the action of the 7th respondent in the writ petition, firstly, on the ground that there was no jurisdiction for the audit department to issue such a notice and reliance was placed on Kiran Gems Private Limited v. Union of India, 2021 SCC OnLine Bom 98 . It was based on the proposition that the Central Excise Revenue Audit (CERA) cannot conduct audit of records of a private entity apart from stating that the appellants have pointed out that for the self-same reason three earlier proceedings were commenced firstly by CGST Department, Park Street Division, Kolkata vide letter dated 15th May, 2018 for which the appellants had submitted their reply on 15th June, 2018 along with the documents called for.

The appellants appeared before the authority in response to the summons on 14-01-2020 and stated to have submitted the requisite documents. In spite of the same, the Superintendent, Range – III, Park Street Division, CGST & CX, Kolkata South Commissionerate had issued two communications dated 22-03-2021 enclosing two spot memos.

Main question was that whether the appellants can be dealt with in such a fashion by the respondents department.

The Court believed that none of the proceedings initiated by the department has been shown to have been taken to the logical end. If, according to the respondents department, there is an irregularity in the availabilment of credit, then appropriate proceedings under the Act should be initiated and after due opportunity to the appellants, the matter should be taken to the logical end.

The Court found that if such a procedure had not been adopted in the instant case and the appellants appeared to have been dealt with in a most unfair manner in the sense that from the year 2018 for the very same TRAN – 1 issue the appellants have repeatedly been summoned, issued notices etc.

The Court was unclear of the fact that why different wings of the very same department have been issuing notices and summons to the appellants without taking any of the earlier proceedings to the logical end.

The Court partly allowing the writ appeal was of the view that the spot memos, which have been furnished along with the communications dated 22-03-2021 cannot be enforced making it clear that the issue whether CERA audit can be conducted against a private entity as contended by the appellants is not gone into as this Court is of the view that it is too premature for the Court to give a ruling on the said issue. The concerned authority to take the proceedings to the logical end after affording an opportunity of personal hearing to the appellants.[Ideal Unique Realtors (P) Ltd. v. Union of India, 2022 SCC OnLine Cal 862, decided on 22-04-2022]

NCDRC | In case of unreasonable delay in offering possession of allotted flat, consumer entitled to seek refund of amount paid with compensation 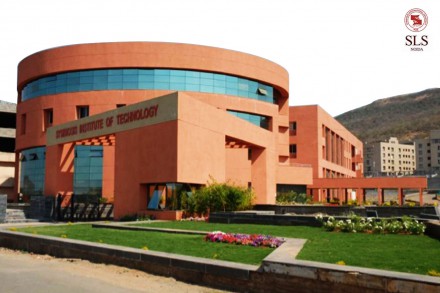