Central Goods and Services Tax Act, 2017 — Ss. 54 and 2(59) — Refund of unutilised input tax credit (“ITC”) — Restriction of, to input goods alone and not to input services: Validity of restriction of refund of unutilised input tax credit, affirmed. Cl. (ii) of the first proviso to S. 54(3), held, amounts to a restriction and not a mere condition of eligibility. Under the first proviso to S. 54(3), a refund can be allowed only in the eventualities envisaged in cls. (i) and (ii) and the expression “other than” in the proviso operates as a limitation or restriction. Proviso (ii) embodies the concept of an inverted duty structure and states that the refund of unutilised ITC shall be allowed only when the credit has accumulated because the rate of tax of inputs is higher than the rate of tax on output supplies. Further, input is defined in S. 2(59) to mean goods other than the capital goods. Also, Expln. I to S. 54 is a clear indicator that in respect of domestic supplies, it is only unutilised credit which has accumulated on the rate of tax on input goods being higher than the rate of output supplies of which a refund can be allowed. [Union of India v. VKC Footsteps (India) (P) Ltd., (2022) 2 SCC 603]

Insolvency and Bankruptcy Code, 2016 — S. 60(5): Grant of stay/injunction under provisions of IBC against termination of contract entered into with corporate debtor is not permissible, when: (i) The contract is terminated dehors insolvency proceedings under IBC i.e. there exists no nexus between the termination notice and insolvency resolution proceedings, and (ii) Criteria laid down in Gujarat Urja, (2021) 7 SCC 209 are not satisfied, namely: (a) the contract is central to the success of CIRP, and (b) corporate debtor would not be able to maintain itself as a “going concern” on its termination. [TATA Consultancy Services Ltd. v. SK Wheels (P) Ltd. (Resolution Professional), (2022) 2 SCC 583]

Land Acquisition Act, 1894 — Ss. 23, 18 and 54 — Compensation — Review: In this case, it was held that all submissions and circumstances had been considered in judgment under review, to affirm compensation @ Rs 120 per square yard awarded by Reference Court. There was no error apparent on record in judgment of which review was sought, Asha Ram, (2021) 17 SCC 289, hence, review petitions were dismissed. [Asha Ram v. U.P. Awas Evam Vikash Parishad, (2022) 2 SCC 567]

Securitisation and Reconstruction of Financial Assets and Enforcement of Security Interest Act, 2002 — S. 34 r/w Ss. 13 and 17 — Bar on jurisdiction of civil court under S. 34 of the SARFAESI Act — Applicability of: Proper forum for challenging the proceedings under S. 13 of the SARFAESI Act is DRT under S. 17 of the SARFAESI Act i.e. as opposed to by civil suit. DRT, held, has sufficient jurisdiction under S. 17 to consider whether respondent was not a secured creditor so far as the appellant is concerned and whether there was no amount due and payable by the plaintiff-appellant to respondent. Mere mentioning and using the word “fraud”/“fraudulent”, held, is not sufficient to satisfy the test of “fraud”. A pleading/using the word “fraud”/“fraudulent” without any material particulars as required in terms of Or. 6 R. 4 CPC, would not tantamount to pleading of “fraud”. [Electrosteel Castings Ltd. v. UV Asset Reconstruction Co. Ltd., (2022) 2 SCC 573] 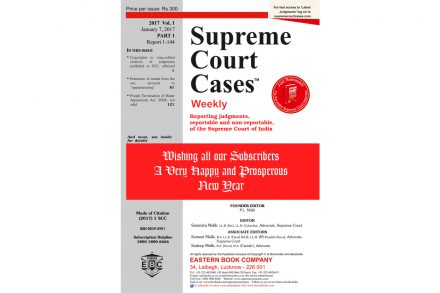