District Consumer Forum had passed an order signed by only two Members without the President being party to it.

As per the said order, the petitioner-developers were directed to execute the Sale Deed and deliver possession of the said plot.

Petitioners, instead of availing the statutory remedy under the provisions of the said Act, filed the present petition under Articles 226 and 227 of the Constitution of India challenging the validity of the judgment mainly on the ground that the exercise of powers by the District Consumer Forum without the President being its party is illegal.

Section 29A of the Act, which permits the District Forum to pass judgment without the President, violates Article 14 of the Constitution of India.

High Court stated that the Supreme Court had repeatedly stated that Constitutional Courts can strike down legislative enactments only on two grounds:

i) The legislator is not competent to make the law;

ii) that such statute or provision takes away or breaches any of the fundamental rights enumerated in Part-III of the Constitution of India.

Any enactment cannot be struck down on the ground that Court thinks it is unjustified. The Court cannot pass any judgment on the wisdom of the Parliament and Legislators consisting of representatives of the people, who are supposed to know and be aware of the needs of the people.

Bench opined that the language of Section 29A of the Act is intended to provide for a situation where a President of State Commission or District Forum is non-functional, either having not been appointed in time or is on leave due to reasons beyond his control.

The scheme of appointment and adjudication of consumer disputes is laid down under the Act to make the District Forum or State Commission continuously functional, allowing the Members in the absence of the President to function in a situation beyond the control of the Members of the Forum.

Therefore, it was held that there was no merit in the challenge to the constitutional validity of Section 29A of the Consumer Protection Act, 1986. [Aparna Abhitabh Chatterjee v. Union of India, 2022 SCC OnLine Bom 760, decided on 24-3-2022] 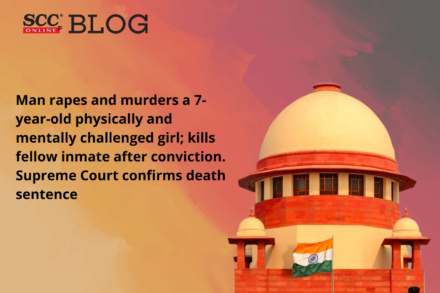 Chh HC | Can an application for anticipatory bail under S. 438 CrPC be filed directly before the High Court? || Thorough Analysis