On 28-3-2022, the Criminal Procedure (Identification) Bill, 2022 was tabled in the Lok Sabha[1]. The Bill seeks to repeal the Identification of Prisoners Act of 1920, which permits the acquisition of personally identifiable information about certain people, such as criminals, in order to conduct criminal investigations. The Bill was introduced with the objective of authorising the taking of measures of convicts and other persons for the sake of identification and investigation in criminal circumstances, as well as the preservation of records, among other things. This Bill expands the reach of such information as well as the people who can get it. It authorises the National Crime Records Bureau to collect, store, and maintain specified records. It must have been developed to allow for the use of contemporary technology to take and record accurate body measurements. Finger imprints, palm print and footprint impressions, photos, iris and retina scan, physical, biological samples and their analysis are all included in the Bill’s definition of “measurements”.

Key factors of the Bill

For the purposes of inquiry, the Bill also permits police to keep track of signatures, handwriting, and other behavioural characteristics referred to in Section 53 or Section 53-A of the Code of Criminal Procedure, 1973.

On the direction of a Magistrate, finger and footprint impressions, as well as a limited category of convicted and non-convicted persons’ pictures, are permitted.

According to the Bill’s criteria, anyone convicted, imprisoned, or held under any preventive detention act will be obliged to give “measurements” to a police officer or a prison official.

Necessity of the Bill

Constitutional validity of the Bill with respect to privacy

By altering the Act’s scope and repealing it, the legislation has expanded the jargons of the Identification of Prisoners Act of 1920. The Bill has defined the term measurements under Section 2(1)(b), which includes finger impressions, palm impressions, foot impressions, photographs, iris and retina scan, physical, biological samples and their analysis, behavioural attributes such as signatures, handwriting, or any other examination referred to in Section 53 or Section 53-A of the Code of Criminal Procedure, 1973.

The legislature’s intention to make the word measurement exclusive in nature by including general words like physical and biological samples could lead to narcoanalysis and brain mapping through the use of force implicitly in collection, directly violating Article 20(3), right to self-incrimination, and Article 21, right to life, of the Indian Constitution.

According to Article 20(3) of the Constitution of India (COI), no person accused of a crime may be forced to testify against himself. It has become a source of concern regarding the privacy of individuals, which is in jeopardy.

As a result, the Bill was introduced in order to allow for the use of modern means to capture and record acceptable body dimensions, with the goal of authorising the taking of measurements of convicts and other people for the purposes of identification and investigation in criminal cases, as well as the preservation of records, among other things. The Bill has infringed citizens’ fundamental rights by granting the State broad powers to store prisoner records and conduct physical and biological tests with the implied force of law, which is contrary to the rule of law and arbitrary in character. People do not lose their humanity while they are imprisoned.

The Supreme Court of India, as well as many other Indian courts, have reaffirmed this position in a number of cases to ensure that prisoners do not become victims. Since then, the legislature has been unable to qualify the intangible differentia and rational connection tests. As a result, it is a blatant infringement of the citizen’s fundamental rights stated in Sections 14, 19, 20(3), and 21 of the Constitution of India. 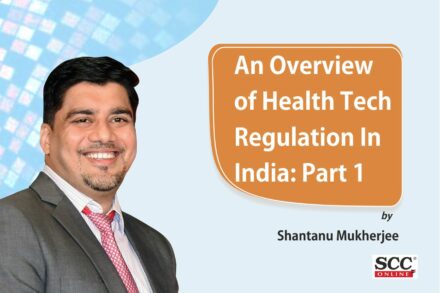 An Overview of Health-tech Regulation in India [Part 1] 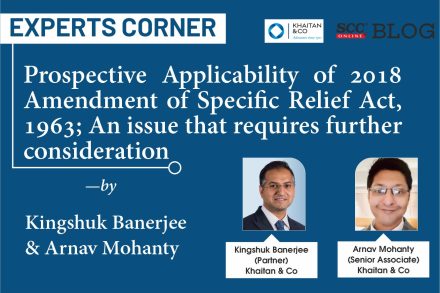 By Bhumika Indulia Published on September 24, 2022 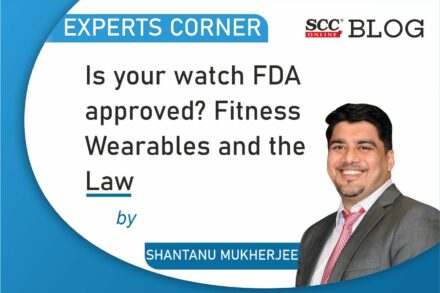 Is Your Watch FDA Approved? Fitness Wearables and the Law