An FIR was lodged by father of the victim girl alleging that while his minor daughter was on her way home, the petitioner dragged the minor to an isolated place, attempted to molest and murder her. Consequently, a case was registered against the petitioner under Section 354A(2)/307 read with Section 18 of the POCSO Act.

When the matter was pending before the Trial Court, the family of the informant and the petitioner’s family decided to compromise so as to put to an end to the matter. On the basis of such compromise, the petitioner had approached the court for quashing the entire criminal proceeding as well as the FIR contending that since the parties had compromised the matter, it would be a futile exercise to continue with the trial.

Considering the above, the Bench opined that the offences alleged were grave in nature involving minor victim alleging attempt of rape, therefore such allegation and criminal proceeding could not be quashed on the basis of a compromise entered into between the families of the victim and accused inasmuch when it was a sexual offence involving a minor, the parents, opined the Bench, could not give consent on behalf of the minor to compromise such serious offences.[Limhathung v. State of Nagaland; Cr. Rev. No. 5 of 2021, decided on 24-03-2022]

For the Respondents: K Angami, PP 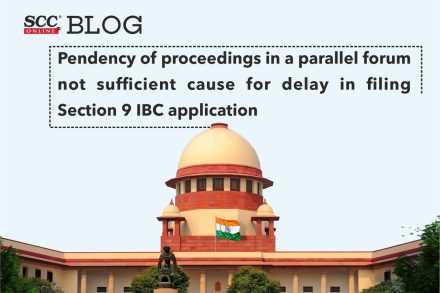 By Prachi Bhardwaj Published on September 23, 2022