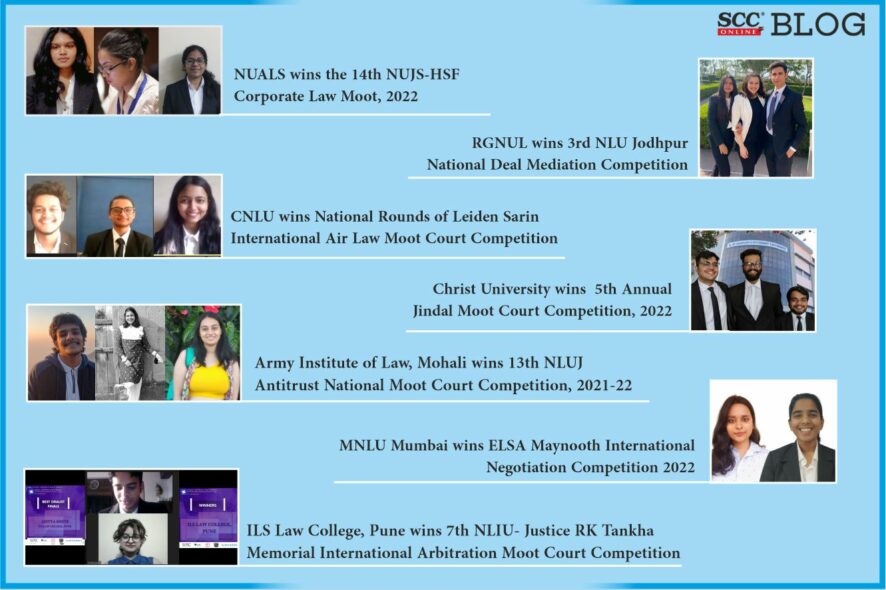 Herbert Smith Freehills LLP in association with the WB National University of Judicial Sciences (NUJS) conducted the fourteenth edition of the NUJS-HSF National Corporate Law Moot Court Competition (NUJS HSF Moot). The NUJS HSF Moot took place on the 12th and 13th of March 2022 in an online setting. The moot problem was based on contemporary issues in corporate and environmental law dealing with the validity of requisitions and class action suits in India and saw participation from many Indian universities. Chris Parsons (Partner and Chairman of the HSF India Group) and Tomas Furlong (Partner of the HSF India and Singapore group) were among the judges for the final rounds of the moot court competition. This year’s moot problem was drafted by Dr Umakanth Varottil, Associate Professor at the Faculty of Law at the National University of Singapore.

The negotiating team consisting of Wamic Wasim Nargal and Chhavi Singla emerged victorious and was declared as the ‘Best Negotiating Team’. The competition revolved around commercial and business related problems, aimed at imparting an understanding of the practicalities of ‘mediation without a dispute’.

The team comprising of Nidhi Prakriti,  Priyansh Priyadarshi and  Kushagra Kundan has been declared winners at the National Rounds of Leiden Sarin International Air Law Moot Court Competition and will be One of the two teams representing India at the world rounds.

The team consisting of Rithwick G, Yash Chadha and Joel Jacob has emerged as winners of the 5th Annual Jindal MootCourt Competition, 2022 organized by O.P. Jindal Global University in association with Jindal Initiative on IP and Competition (JIRICO) from 11th-13th March, 2022. The moot proposition was based on Competition Law.

A team from Army Institute of Law consisting of Samridhi Seth (4th year), Ranjul Malik(2nd year) and Moromi Mudgal (4th year) were adjudged as winners at the 13th NLUJ Antitrust National Moot Court Competition, 2021-22. The team won a cash prize of Rs. 45,000/-
I am also happy to announce that Ranjul Malik also bagged the Best Advocate Award of the final rounds and won a cash prize of Rs. 5,000/-
It was scheduled from March 11- March 13, 2022 and was organized by National Law University, Jodhpur under the patronage of the Competition Commission of India, in collaboration with Cyril Amarchand Mangaldas.
The moot proposition was based on contemporary issues in the field of competition law, including the role of sectoral regulators vis-avis the role of the competition authority. It also had challenges issues pertaining to cartelization and abuse of dominance by entities in the automotive manufacturing industry. 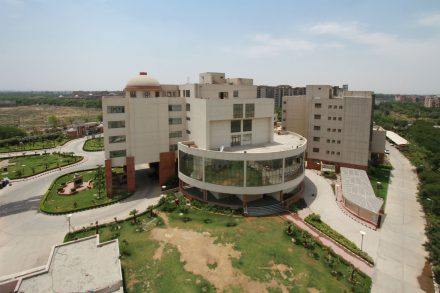 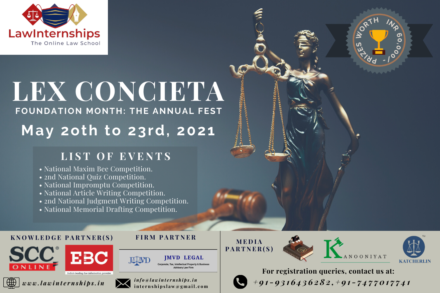 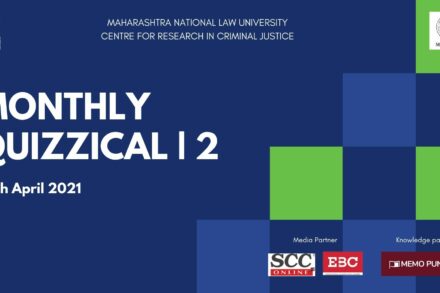