“If the husband keeps another lady; gives shelter to her; and proceeds to have child with the said lady and for that reason if the first wife has to leave the matrimonial home because of physical and mental torture meted out to her it cannot be presumed as a desertion on the part of wife.”

Husband was rejected decree of divorce on the ground of desertion by the Family Court’s order, but the said decision has been challenged.

Husband/Appellant was married to respondent/wife prior to 26 years from the filing of the suit. He submitted that for the last 25 years the wife had been living in the village and had deserted him without any lawful cause, in view of which he was entitled to get a divorce decree.

Whereas, the wife pleaded that she was subjected to physical and mental torture, she also added that the husband kept one lady as his wife and asked the wife to go away and stay at her parental village.

It was noted that the appellant came to know on 10-1-2014 that the respondent’s name i.e. his wife is recorded in the service book though she left him 25 years back and was residing at a different place.

Wife submitted that the husband had kept one concubine, which led to the family dispute and forced the respondent to stay at her parental village along with her three children, she maintained the stand that she had not deserted the husband and because of the fact that she was mentally and physically tortured she was forced to stay separately.

Another pleading was that in proceedings under Section 125 CrPC an amount of Rs 500 was granted towards her maintenance.

The Bench remarked, when the marriage was solemnized 26-27 years back and three children were born thereafter, how it can be presumed that the wife deserted the husband for 25 years i.e. immediately after marriage.

Husband also admitted the fact that he kept Urmila as second wife and out of that relationship he was blessed with two children.

High Court held that the wife was subjected to mental and physical cruelty and was forced to leave her matrimonial home as the husband had kept one concubine, hence the said was a reasonable cause for the wife to stay at the village of her parents though she was not intending to do so and hence the same cannot be stated that the desertion was made by the wife.

In Court’s opinion, no ground for desertion was made out by the husband, therefore the lower Court’s decision warranted no interference. [Uttamram v. Kayaso Bai, 2022 SCC OnLine Chh 255, decided on 7-2-2022]

Maharashtra AAR| No GST on ‘stipend’ paid to trainees 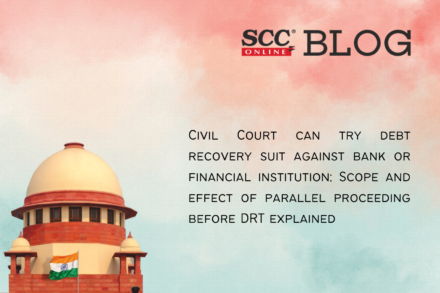 By Prachi Bhardwaj Published on November 12, 2022