Supreme Court of India: The Division Bench of Hemant Gupta and V. Ramasubramanian, JJ., while deciding an appeal of the landowner, noted that in simple terms, the six items covered by Section 23(1) of the Land Acquisition Act, 1894, which are to be taken into consideration by the court in determining compensation, can be summarised as follows:-

(i) The market value of the land on the date of publication of notification under Section 4(1);
(ii) The damage to standing crops or trees, which are on the land at the time of the Collector taking possession;
(iii) The damage sustained by reason of severing such land from the unacquired land;
(iv) The damage sustained by reason of the acquisition injuriously affecting the other property, movable or immovable, in any other manner or the earnings, of the person interested;
(v) The reasonable expenses incurred by the person interested, in changing his residence or place of business, when he is compelled to do so in consequence of the acquisition;
(vi) The damage bona fide resulting from diminution of the profits of the land between the time of publication of the declaration under Section 6 and the time of the Collector’s taking possession.
A Landowner approached the Court while challenging the decision of Bombay High Court wherein it modified the award of the Reference Court passed under Section 18 of the Land Acquisition Act, 1894.
For the transportation of sugarcane and other goods, the appellant had laid trolley lines covering a distance of 50 kms inside its estate and had also set up a 36 km narrow gauge trolley line from Walchandnagar to Bhigwan for transportation of heavy engineering goods.
In the year 1967, an Irrigation project was approved and as part of that project a dam was to be constructed. Before undertaking the said construction, it was revealed that a section of trolley line may get submerged and hence a spat of correspondence and personal discussions ensued between the appellant’s representatives and Government Officials.
The appellant submitted that the Government wanted to invoke the urgency clause for the acquisition of some other land for diverting the trolley line.
Respondents’ case was that the appellant had abandoned transportation through trolley line and switched over to road transport.
As per the notification published under Section 4 of the Land Acquisition Act, 1894, the proposal included the land on which a section of the trolley line passed.
Since the total land acquired for the project, included the lands of the appellant, which were located in different villages, a series of awards were passed.
Claim of the appellant in the Award Enquiry was not only for the market value of the land, but also for:
(i) compensation for the loss; and
(ii) compensation for the injurious affection due to the trolley line becoming obsolete.
Further, the claim also included a claim for the loss sustained by the appellant on account of the unacquired portion being rendered useless.
In total, the Land Acquisition Officer awarded a compensation of Rs 1,27,198.31 and rejected the claim of Rs 1,49,85,251 for the unacquired portion.
Appellant claimed enhancement of compensation for the land acquired and in addition the appellant also claimed compensation for severance and compensation for injurious affection. Reference Court enhanced the compensation but the appellant remained dissatisfied with the same.
In view of the above, appellant approached the Bombay High Court which reduced the award granted by the Reference Court and on being dissatisfied with the Court’s decision, landowner approached this Court.
Appellant suffered a huge set back before the High Court, mainly under three heads of claims which were related to severance and injurious affection in respect of the trolley line running in the unacquired portion of land.
Following were the three items:
1. Rails and sleepers
2. Rolling stocks
3. Increase in transportation cost

Law on compensation for severance and injurious affection

The claim of the appellant before the Reference Court under clauses thirdly and fourthly of Section 23(1), presented a mix­up, with some items overlapping with others.
It may be noted that clause thirdly of Section 23(1) of Land Acquisition Act, 1894 relates only to land, as it speaks only about the severance of the acquired land from the unacquired land, and the damage sustained as a consequence. In contrast, clause fourthly of Section 23(1) deals with the damage sustained by the person interested, due to the injurious affection, (i) of his other movable property; (ii) of his other immovable property; and (iii) of his earnings.
The items concerned in the present case are covered only by clause fourthly of Section 23(1) and they do not fall under clause thirdly.
Further, the Supreme Court expressed that, even within clause fourthly, what the Court is concerned is the injurious affection of, (i) movable property such as rails and sleepers and rolling stock; and (ii) the loss of earnings due to increase in transportation costs.
Injurious affection to earnings is covered by clause fourthly and the statute has made a distinction between, (i) injurious affection to earnings; and (ii) diminution of the profits between the time of publication of the declaration under Section 6 and the time of taking possession.

The Bench stated that Senior Counsel for the appellant Gopal Sankaranarayanan rightly contended that the acquisition of land for laying alternative trolley line was not an easy task, especially when there were a lot of land owners.
In Court’s opinion, the fundamental flaw in High Court’s reasoning was that the High Court presumed that it was enough if the land for relocating 7 kms of trolley line was acquired, If trolley line to a distance of 7 kms., out of a total stretch of 35 kms. admittedly got submerged in the backwaters, the trolley line relating to the entire stretch would naturally become redundant.

“Railway line is not like a roadway. Roads can take diversion easily, but not railway lines.”

Bench observed that if the land had to be acquired for relocating the trolley line, it should have been for the entire stretch of 35 kms.

With respect to the Rolling Stock, Court held that no exception could be taken in regard to the finding recorded by the High Court.

The claim of the appellant was that the cost of transportation through trolley line was Rs.0.20 per km. per tonne and that the cost of transportation by road was Rs.0.80 per km. per tonne. Since a portion of the trolley line got submerged in the backwaters and as a consequence, the entire stretch of trolley line became unusable, the company had to switch over to road transport, resulting in an increased cost of Rs 8,00,718/­ per year. Applying a multiplier of 10, the appellant made a claim for Rs 80,07,180/­ under this head.
The High Court reversed the finding of the Reference Court on the short ground that the appellant had not demonstrated to have suffered any loss of profits on account of the increase in the transportation cost and that even the balance­sheets for the years 1972 to 1978 did not disclose any loss of profit.
This Court elaborated that, in the absence of any evidence to show that the increase in the transportation cost due to the submerging of a part of the trolley line, had always to be absorbed only by the appellant, but could not have been passed on to its customers due to specific terms and conditions of contract, the Reference Court could not have accepted a claim in this regard.
Hence, the High Court’s reasoning with regard to claims for compensation towards an increase in transportation cost appeared reasonable and hence could not be interfered with.

In view of the above discussion, Supreme Court found that the refusal of the High Court to grant compensation for the injurious affection sustained by the appellant to one set of movable property, namely, rails and sleepers forming the trolley line for a distance of 28 kms., was clearly unsustainable.
Hence, the appeals were partly allowed setting aside that portion of the findings and conclusions reached by the Bombay High Court in the (impugned judgment), whereby the award of the Reference Court relating to compensation for injurious affection to rails and sleepers, was reversed by the High Court.
Bench added that the award of the Reference Court granting sum of Rs 31,21,860 towards compensation for rails and sleepers shall stand restored. [Walchandnagar Industries Ltd. v. State of Maharashtra, 2022 SCC OnLine SC 145, decided on 4-2-2022]
Advocates before the Court:
Mr. Gopal Sankaranarayanan, learned senior advocate appearing for the appellant;
Mr. Sachin Patil, Advocate appearing for the first respondent­ State and
Mr. Deepak Nargolkar, Senior Advocate appearing for the second respondent­beneficiary.
Tweet 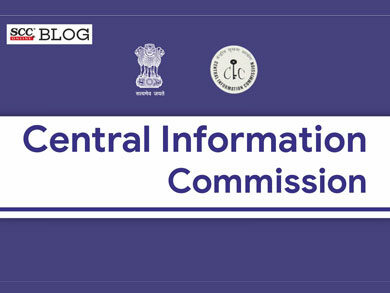 J&K and Ladakh HC| Number of acts not to be determined for detention of an individual, but impact of the act(s) [Preventive Detention]