Bombay High Court: Addressing a matter wherein a child’s mother was diagnosed with cancer due to which she started living at her parental home with the child, and after the passing of the mother, a custody battle arose between the father of the child and the father and brother of wife, Division Bench of S.S. Shinde and N.J. Jamdar, JJ., noted animosity of the child towards his father, to which the Court expressed that, the same must have occurred due to ‘parental alienation syndrome’.

A petition under Article 226 of the Constitution of India was instituted for writ of habeas corpus to produce Master ‘J’, petitioner’s son who was alleged to be in the illegal custody of respondents 1 and 2, the father and brother, respectively of late Neeta, the wife of the petitioner and for direction to the respondents to hand over the custody of Master ‘J’ to the petitioner.

In the present matter, when Neeta, the mother of Master ‘J’ was diagnosed with cancer, at that time Master ‘J’ was just 5 years old. Neeta, as the record indicated, stayed at her parental home while she was undergoing treatment. It was quite natural that Master ‘J’ continued to be with Neeta and respondent 1.

Whether respondent 1 and his family members came to have the custody of Master ‘J’ lawfully or otherwise, pales in significance.

The Bench referred to the decision of Supreme Court in Tejasvini Gaud v. Shekhar Jagdish Prasad Tewari, (2019) 7 SCC 42 wherein the child, barely three months old, came to stay with the appellants, who were the sisters and brother-in-law of the wife of the respondent as the child’s mother was diagnosed with cancer and at the same time the respondent-husband was diagnosed with Tuberculosis Meningitis and Pulmonary Tuberculosis and was required to be hospitalised. The child’s mother passed away. When the respondent-father sought custody of his infant daughter, the appellants refused to hand over the custody.

A fortiori, the principle applies with greater force where a natural guardian seeks the custody of a child from the relations of one of the parents. The remit of writ of habeas corpus is thus not restricted only to the cases where the custody of the child can be said to be unlawful or illegal.

Elaborating further, the Court expressed that in the case where the custody of a child is sought from the person who is not a parent/lawful guardian, the question of interest and welfare of the child is required to be delved into as the Court exercises a parens patriae jurisdiction.

Returning to the facts of the present matter, High Court noted that the unfortunate circumstances, in which Neeta and Master ‘J’ found themselves, forced them to stay with respondent 1. It was but natural that Master ‘J’ developed great liking and affection to respondent.1 and his family members, on account of the long stay and the love and affection which respondent 1 and his family members must have bestowed upon him.

With regard to jurisdiction, Court added that in child custody matters the ordinary remedy is before the Family/Civil Court. However, in exceptional circumstances, the writ Court can exercise extraordinary jurisdiction despite the existence of such an ordinary remedy.

Stating that the expression welfare of the child is of wide connotation, Court expressed that it is not restricted to physical comfort and well-being It subsumes in its fold, inter alia, emotional, intellectual and overall holistic development of the child.

Though due weight to the child’s preference has to be attached, yet only his preference alone cannot be a decisive factor.

Further, Master ‘J’ had developed a strong bond of affection and love towards respondent 1 and his family members. The animosity towards the petitioner, thus seemed to be a learned trait. It is not impossible to unlearn, provided a conducive environment is created.

Another significant point noted by the High Court was that the petitioner and respondent 1 and his family members were at loggerheads over the custody of Master ‘J’ must have contributed to the further alienation of Master ‘J’.

The passage of time and the negative estimation of respondent 1 and his family members about the petitioner might also have played a significant role. This is recognised as a ‘parental alienation syndrome’.

High Court remarked that, the reluctance to join the company of, or animosity towards, the father does not seem to be based on the experience which Master ‘J’ have had, when the petitioner, Neeta and Master ‘J’ were residing together.

“At an impressionable age such articulation about the opposite party, in a custody battle, often affects the capacity to exercise an intelligible preference. It is quite possible that when a child spends time with a non-custodial parent, he may be disabused of such perception.”

Supreme Court in the case of Vivek Singh v. Romani Singh, (2017) 3 SCC 231, where the Supreme Court adverted to the parental alienation syndrome.

High Court coming back to the facts of the present case, stated that the Court cannot lose sight of the fact that Master ‘J’ lost his mother at a young age and he requires parental love, care, affection and protection for overall development.

Hence, it would not be appropriate to deprive Master ‘J’ of parental love, care and affection. 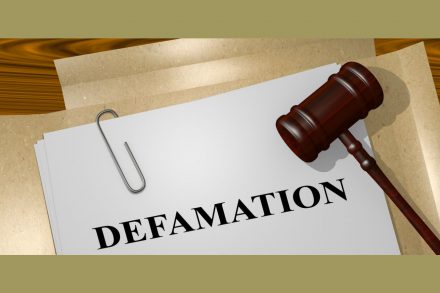 Kenya High Court strikes down criminal defamation, holds it is not a limitation to Freedom of Speech

All HC | Chief Standing Counsel for the State of U.P directed to collaborate with Meerut DM to look into the measures taken to combat Covid-19

Gau HC | Ordering custody of child to be given to mother is beyond jurisdiction of S. 97 CrPC, order to be confined to finding of “wrongful confinement”