The Union Finance Minister presented before the Indian Parliament the budget for Financial Year 2022-2023 on 1-2-2022. Amidst the various tax proposals introduced in the budget, the most talked about were the proposals to tax crypto assets. Of course one can expect certain changes (by way of official amendments moved by the Government before the Parliament) before these proposals are enacted into law. Furthermore, given the general practice, the proposals are expected to be enacted into law effective from 1-4-2022 and hence there is still some breathing space for the stakeholders to absorb the changes. Nonetheless, given the general interest and the excitement relating to the proposal, which is India’s first attempt to formally address crypto within the fiscal law framework, it is expedient to review and examine these proposals. This article makes an attempt to decipher the fine print of the proposals and explain their implications.

A critical aspect to be noted is the fact that the proposals made in the budget are an outcome of a conscious tax policy framework by the Government which is on record that “a new scheme to provide for taxation of such virtual digital assets has been proposed”. There is also an official acknowledgement of the fact that crypto assets “have gained tremendous popularity in recent times and the volumes of trading in such digital assets has increased substantially. Further, a market is emerging where payment for the transfer of a virtual digital asset can be made through another such asset”.[1] Thus the Government of the day specifically intends to extend the framework of taxation to crypto assets.

Another implication of the aforesaid aspect is that it attempts an advance formulation of the tax policy on the subject, which is at pleasant contrast from the tax policy in other wakes of tax laws where the salient features have generally emerged as a reaction to tax controversies and disputes. To illustrate, the tax policy governing taxation of indirect transfers was introduced in budget for year 2012-2013 and refined in subsequent budgets, as an outcome of the infamous litigation culminating in the Supreme Court decision in Vodafone International Holdings BV v. Union of India[2]. Thus, instead of allowing the tax officers and the courts to similarly evolve the tax policy for crypto assets, the Government has proactively sought to announce one, which will hopefully scuttle the scope for disputes in the space of crypto assets.

It is interesting to note the coverage of the proposed law which is sought to be addressed through a specific definition in law. Interestingly, the new definition clause [being Section 2(47-A) proposed to be inserted in the Income Tax Act, 1961] neither refers to the expression crypto assets nor is exhaustive to crypto assets. Instead, it covers a variety of other digital assets, making an interesting read, and states as under:

(a) any information or code or number or token (not being Indian currency or foreign currency), generated through cryptographic means or otherwise, by whatever name called, providing a digital representation of value exchanged with or without consideration, with the promise or representation of having inherent value, or functions as a store of value or a unit of account including its use in any financial transaction or investment, but not limited to investment scheme; and can be transferred, stored or traded electronically.

(b) a non-fungible token or any other token of similar nature, by whatever name called.

(c) any other digital asset, as the Central Government may, by notification in the Official Gazette specify:

Provided that the Central Government may, by notification in the Official Gazette, exclude any digital asset from the definition of virtual digital asset subject to such conditions as may be specified therein.

Explanation.–– For the purposes of this clause,––

(a) ‘non-fungible token’ means such digital asset as the Central Government may, by notification in the Official Gazette, specify;

(b) the expressions ‘currency’, ‘foreign currency’ and ‘Indian currency’ shall have the same meanings as respectively assigned to them in clauses (h), (m) and (q) of Section 2 of the Foreign Exchange Management Act, 1999.”

Some of the critical aspects emanating from a review of this proposed definition are enlisted below. These spell out the key underlying tenets as regards the scope and coverage of the proposed regime for taxation of crypto assets:

(i) It is evident that the coverage of the proposed scheme is very wide and not confined to what is popularly understood as crypto assets or products of blockchain technology. Clause (a) of the new definition exhibits an overarching scope, which further is supplemented by clause (c) whereby the Government can add “any other digital asset” to this already wide scope. However, the Government is equally empowered to, by way of notification, exclude a particular asset from the scope of this wide definition, possibly to rule out unintended taxation of certain assets.

(ii) Non-fungible tokens, or NFTs as they are known popularly, are expressly covered within the scope of these proposals; clause (b) of the definition obviating all doubts on this aspect and specifically bringing NFTs within the coverage of the proposed regime. However, NFTs’ coverage is contingent upon a notification being issued by the Government to such effect.

(iii) While the proposed definition seems to be all encompassing, there is an express carve-out from its scope whereby “Indian currency or foreign currency” are specifically excluded. This aspect of the proposed definition needs to be read alongside the announcement of the Finance Minister regarding India to soon unveil its “digital rupee”. Put differently, Indian digital rupee or a digital foreign currently shall not be covered within the scope of this new law governing taxation of crypto assets. In other words, non-official cryptocurrency seems to be included within the framework of the proposed regime and only official digital currency [as recognised by the Reserve Bank of India (RBI) in terms of Foreign Exchange Management Act (FEMA)] is excluded from the scope of the proposed law.

A New Regime for Taxability

The most crucial aspect in the proposals is the fact that a new regime for taxability of crypto assets has been proposed. The draft Section 115-BBH is proposed to be inserted in the Income Tax Act, 1961 which shall govern all aspects relating to “tax on income from virtual digital assets”. Considerable significance is attached to this aspect, some of the implications of which are being culled out as under:

On the substantive aspect, according to the proposed Section 115-BBH, income from transfer of the covered crypto assets shall be subjected to tax @30%. To compute such income, no deduction of any expense or set off is allowed, except the cost of acquisition. In other words, 30% of the price accretion accruing the owner (of the covered crypto assets being transferred) is sought to be taxed by the Government irrespective of any expenses that may have been incurred by such owner.

A review of this proposed provision further reveals that there is no tax on ownership of the crypto assets and the tax is limited to “income” derived upon the “transfer” of such assets. In other words, the value addition to a crypto asset is not taxed until its realisation by way of its transfer by the owner of the crypto asset.

In addition to the above, an amendment is also proposed to expand the scope of “income from other sources” provisions of the income tax law thereby taxing even a gift or an undervalued transfer of a covered crypto asset.[5]

The proposals do not just provide for a tax liability for the transferor. They also seek to create an obligation for the transferee through introduction of a new tax deduction provision – Section 194-S. This provision would oblige the purchaser of the covered crypto asset to deduct 1% tax of the purchase amount. Thus, the scheme for taxation of crypto assets is expected to result into advance tax collection for the Government and also create a trail for verification by the Income Tax Department.

Irrespective of the high tax incidence being proposed, the budget proposals are welcome insofar as they shed light and clarity on the tax law and policy which shall now been implemented by the Government. Having said that, certain issues nevertheless remain open, some of which are enlisted below:

One would hope that these are other related areas would catch the attention of the policy-framers soon such that a comprehensive framework is unveiled which would allow all stakeholders to take informed decisions and thus obviate scope for disputes in this nascent technology-driven industry.

Through the budget proposals the Government has sought to assert a conscious tax policy choice as regards taxation of crypto assets by prescribing a framework for both taxation as also tax deduction. The policy unveiled in the budget is overarching and includes enumeration of the Government’s power to add or subtract specific crypto assets from the scope of tax as also the power to clarify and remove doubts which may arise in the course of implementing the new framework. Indeed some areas persist which require clarification and few other ambiguities may arise during the teething stage of interpretation of this scheme. Nonetheless, the proactively designed tax policy is a welcome first step which is expected to be matched with evolution of regulatory provisions, thereby giving a firm direction to the future growth in this space of digital economy. 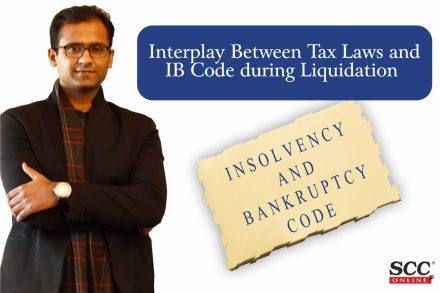 Interplay between tax laws and IB Code during liquidation 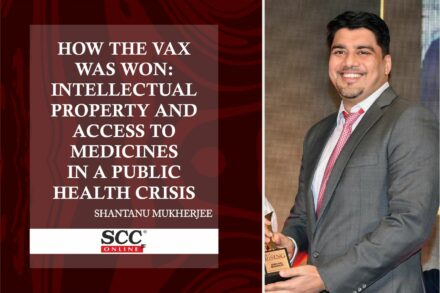 How the Vax was won: Intellectual Property and Access to Medicines in a Public Health Crisis 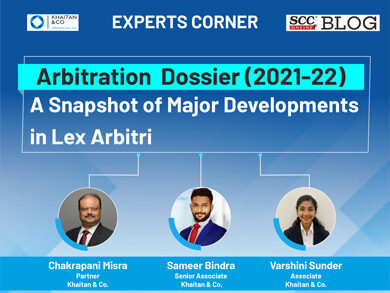