Bombay High Court: Vibha Kankanwadi, J., while directing Child Welfare Committee, Jalna to hold an inquiry on an expeditious basis in respect of a girl and to find out whether she was a fit person to be declared as a child in need of care and protection as the father of the girl child had executed “Daanpatra” to give the daughter in a donation to a Baba.

The victim informant who was stated to be 17 years old girl, stated that she resided with her father who was a devotee in Mahadev Temple. The applicant stopped the victim while she was proceeding on a scooter owned by one Baba near her house. After outraging her modesty, the applicants ravished her and after that, she was allowed to go.

It was stated that the Baba and his disciples used to consume Ganja, Bhaang and slowly they started collecting youth from the village for such activities. In March 2021 a Gramsabha was organized and it was decided that said Baba and other disciples along with the victim should be asked to leave the temple premises. Even the Gram Panchayat asked the Baba and others to leave.

As per the medical opinion, there were absolutely no signs on the body of the girl which would indicate that the act was forcible.

In the FIR, though the victim–informant had given her age and the date of birth, the investigating officer had not collected any documentary proof.

High Court stated that noting the investigation was over, a charge-sheet was also filed. The Court opined that, the present case would be a fit case to release the applicants on bail, however with stringent conditions.

The Bench noted that a fact which came on record was disturbing as a document styled as ‘Danpatra’ on stamp paper of Rs 100 was executed between the father of the girl and the Baba, as per which the father had given his daughter in a donation to the Baba and the said Kanyadaan was made in the presence of the god.

When the girl as per her own statement is minor, then why the father who is in all respect guardian of the girl should give the girl as Daan? A girl is not a property which can be given in donation.

In view of the above fact, respondent 2 was asked to file an affidavit about the incident.

Interestingly, the name of the person to whom the daughter was given in adoption was the same as that of the person who had filed the affidavit i.e. affiant. The Advocate for respondent 2 had not even taken care while drafting the affidavit that it should be in the proper name. The affiant, therefore, further stated that the proper adoption deed had not been executed and the adoption process will be followed. He said that the girl was residing with him as of today.

Bench expressed that it was concerned with the future of the minor girl in view of such document coming forward, can’t shut eyes.

In Court’s opinion, the present case is fit where the directions need to be given to the Child Welfare Committee, Jalna to hold an inquiry on an expeditious basis in respect of the girl and to find out whether she was fit person to be declared as a child in need of care and protection.

At the cost of repetition, it can be said that in view of the actions taken by the father of the girl in executing “Danpatra”, this Court is required to interfere. This is in view of the future of the girl and she should not be driven to do any illegal activities. 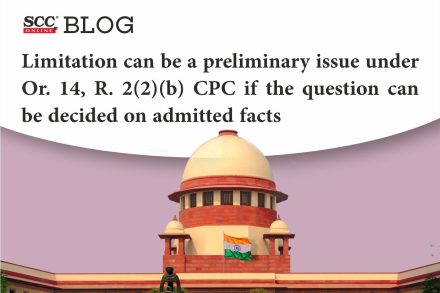 Limitation can be a preliminary issue under Or. 14, R. 2(2)(b) CPC if the question can be decided on admitted facts: Supreme Court

Raj HC | “Live-in relationship cannot be at the cost of social fabric of this country”; Police protection rejected to a live-in couple 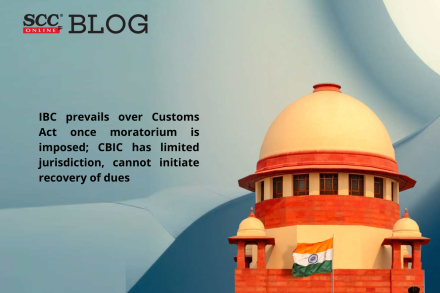 By Prachi Bhardwaj Published on August 29, 2022