Bombay High Court: Sexual violence knows no boundaries, it occurs in every country, across all parts of society, Bharati Dangre, J., while noting a case of sexual harassment caused to a child aged 17 years due to which she took the step of ending her life, rejected the bail of the accused.

A young girl aged 17 years jumped from the balcony of a flat and succumbed to injuries.

After a span of 96 days of the said incident, mother of the girl lodged a complaint against the applicant attributing to him that he had abetted a commission of suicide by her daughter on a fateful day.

Mother of the deceased got to know through the friend of her daughter that she had been receiving dirty messages from the applicant. On enquiring the same, daughter also showed her mobile phone which had the messages and a folder in the gallery, right after that the deceased barged out of the room. On inspecting, the screenshots were found in the mobile phone and immediately, by keeping mobile on the bed, informant followed her daughter, who by that time, jumped from the gallery of other bedroom.

A Chit which was found on the dressing table of the daughter was also given to police and then the CR was registered invoking Sections 306, 354A, 354-B of Penal Code, 1860 and Section 4 and 8 of the POCSO Act.

Following was written on the chit:

“Mummy, I have not told you about one person, Gaurav Uncle in our house. For no reason, he often come close to me and attempted to touch my private parts. I concealed the same from you, but that was my mistake. I kept mum because I thought if I disclose it to you, it would result into quibble. However, he messaged me. Before one week, he was talking to me about bad things. The screen shots of the said message are stored in my mobile in the folder ‘SS’. On receipt of the message, I have blocked him, but yesterday night, he texted me. I was unable to understand what should I do and how should I disclose it. After you come to know about this, please do not quarrel and let the things continue to remain as they are. You and Papa should not fight. Bye…. Take care ….. Because even if I blocked him on the mobile, I will have to face him some day. I carry no feelings for him in my mind, still he said so and further Kaki narrating it to aunt and no matter how much I tolerate, I will be blamed”

Bench noted that the deceased was a young girl who was hesitant to disclose the ill-intentions of the applicant, who was her own uncle.

The present matter revolved around an intimate relationship of the deceased with her own uncle, which posed a barrier for the victim girl to report the said incident to anyone in the family, but she chose to disclose it to her close friend.

The chit which was scribed by the deceased referred to a message and screenshots of which were found in the mobile phone. From the screenshots, it was evident that, a message was forwarded by the applicant which was responded by the deceased by typing that she was not interested in talking to him. The unhappy tone was set and in the note which was scribed, the deceased had opened her mind to her mother where she spoke about his ill-deeds and also offered an explanation as to why she concealed it from her mother.

Court noted that the deceased had expressed her helplessness since she was apprehensive that even if she had blocked him, she would have to face him again and take the blame though, she no feeling in her mind.

“…screen shots from the mobile make it apparent that the applicant was harassing the deceased and inspite of her strong protest, was seeking something from her, leaving her in a despondent state.”

“…abetment as contemplated under Section 107 of the IPC, may be by instigation, conspiracy or intentional aid and the words uttered in feet of anger or omission without any intention being attributed cannot be termed as instigation.”

High Court stated that the young girl felt cornered by the conduct and demeanor of her own uncle, which was unexpected since she held him on a high pedestal as her own father and was unable to vent her anguish on account of the close proximity of the family with that of the applicant.

Deceased suffered the consequences mutely for a year.

While concluding the matter, Court made certain significant observations that, a child may be subjected to sexual abuse or exploitation at home too.

Unfortunately, we have not been able to create an atmosphere in the Society where parents, teachers and adults in company of the child can identify signs of abuse and make sure children received care and protection.

In the present matter, the fear of stigma, not being believed and being blamed, found the deceased in a precarious situation and left her isolated and insecure and which persuaded her to end her life.

In view of the above stated discussion, the accused does not deserve liberty and another reason would be his close proximity with the family of the deceased and there would be every likelihood that on release he may pressurize them.[Gaurav v. State of Maharashtra, Criminal Bail Application No. 2687 of 2021, decided on 1-09-2021] 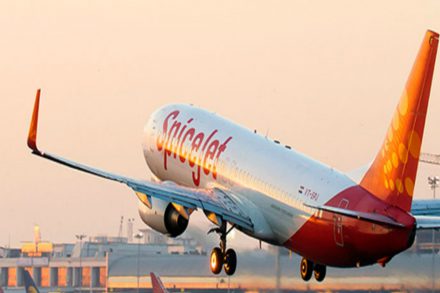