Madras High Court: Dr G. Jayachandran, J., refused to pass a decree in favour of the plaintiff who relied on general admission of facts made by the defendant.

In the instant matter, it was stated that the plaintiff was engaged in the business of providing and arranging finance to various borrowers and had lent a loan to the first defendant company, which is an NBFC.

On the date of filing the suit, a sum of Rs 38,16,45,711/- was due and payable to the plaintiff. While advancing the loan, the second defendant provided personal guarantees for each of the facility agreements entered by the first defendant.

The second and third defendants were jointly and severally liable to pay the suit claim.

According to the plaintiff, since 2014, the transaction between the plaintiff and the first defendant company was regular without any default till the month of September 2020.

Further, it was submitted that the misappropriation of the fund by the Management of the Company came to light, when there was a default and when the Chief Financial Officer of the first defendant issued a Circular on 07-10-2020 disclosing diversion of the fund of the first defendant company by the second defendant as a consequence, criminal proceedings had been initiated by the plaintiff and the matter had been seized by the Directorate of Enforcement Wing.

Extracting a certain portion of the pleadings in the written statement, the plaintiff sought passing of a decree and judgment upon the said statement as admission.

Bench stated that the three admissions which were relied upon by the applicant were all general admissions and did not admit the suit claim.

Further, the Court added that the admission that fraud was committed per se will not entail the plaintiff for a decree as claimed in the suit. Whatever claimed in the suit has to be proved through evidence in the manner known to law and the portions of the admission relied upon by the plaintiff/applicant is a general admission of fact regarding the liability of the first defendant company and its inability to pay his creditors. The general admissions of fact cannot be construed as an admission of suit claim to pass a judgment and decree. 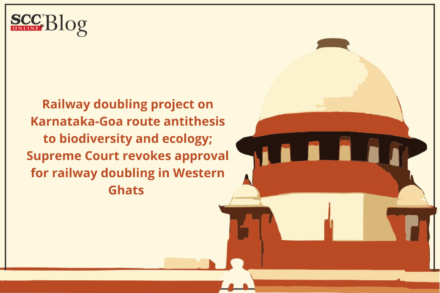 Whether right to claim monetary reliefs, protection order and compensation under the D.V. Act, extinguish on death of “aggrieved person”? Bom HC explains