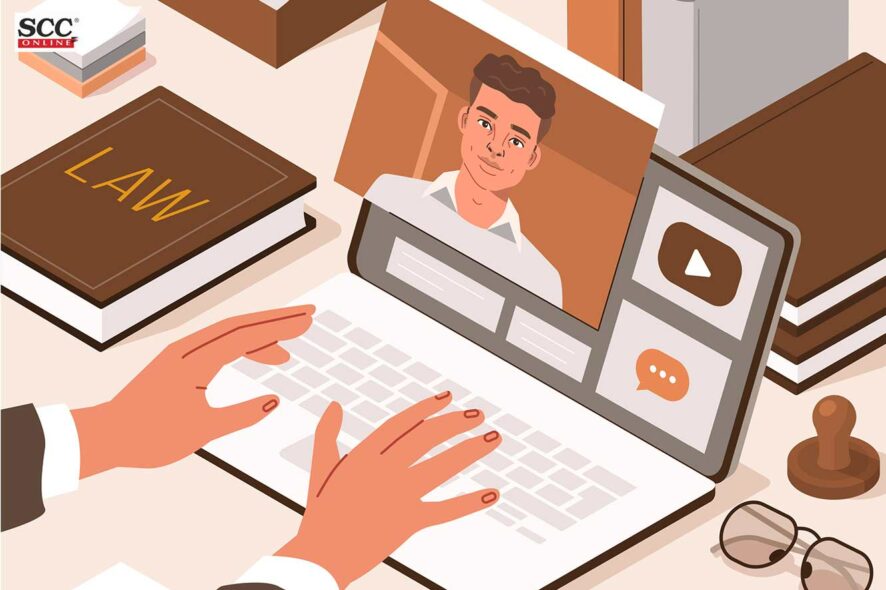 District Court: The Court of Devanshu Sajlan, MM, NI Act-05/(West)/Delhi, allowed a mutual application moved on behalf of the parties for the recording of evidence through video conferencing.

Noting the fact that the matter is a ‘5-year-old’ matter, both the counsels mutually submitted that they wish to proceed with the matter and conduct evidence through VC.

(i) An audio-visual recording of the examination of the complainant shall be preserved. An encrypted master copy with hash value shall be retained as a part of the record.

(ii) The evidence shall be transcribed through the mode of ‘screen sharing option’ on Cisco Webex, so that both the parties and their counsels can follow/ read the transcription in real time.

(iv) After affixing his signature on the printed copy of the transcript, the complainant shall be required to send a scanned copy of the same on the official email-id of the court. The signed transcript will form part of the record of the judicial proceedings.

(v) Due to the present situation of COVID-19 pandemic, both parties are in agreement that it is not advisable to depute a ‘coordinator’ at the place from where the complainant shall appear for the recording of his evidence.

(vii) The complainant shall not use mobile phone/ any communication device while his evidence is being recorded.

(viii) Further, the complainant shall ensure that he has a proper internet connection so that there are no disruptions while recording his evidence.

(ix) While all endeavours shall be made to record evidence through VC, the court is cognizant of the fact that internet connectivity issues can be taken as an excuse for not answering questions put by the learned counsel to the witness and to indulge in witness prompting. Accordingly, in a scenario where the VC is disrupted during the recording of evidence, recording of evidence through VC may be discontinued and the matter would be adjourned if it appears that the witness/ complainant is deliberately disconnecting his internet connection.

The Rules are divided into 5 Chapters with 2 Schedules.

In Chapter 2, the General Principles have been laid down which are under the following heads mainly:

Chapter 3, consists of the Procedure for Video Conferencing, which is laid down under the following heads:

Chapter 4 is all about the General Procedure for conducting Video Conferencing. Following heads cover the said procedure:

Chapter 5 is the Miscellaneous Chapter with the following heads:

Schedule I has pointers regarding the attire of the Advocates, Police Officials, Presiding Judge, Judicial Officers and Court Staff; Protocol, Remote point, etc.

Schedule II is with respect to the “Request Form for Video Conferencing”.