Following Justice Bhat and Dr Swaminathan was always going to be tough but it is even more daunting given that I am on a panel with doctors.

I am delighted to be here but I suspect that I have been the beneficiary of some nepotism having been a student here at NLSIU many, many years ago.

What you will hear over the next 15 minutes was not what I had prepared last week or two weeks ago. Dr Milind Antani casually remarked yesterday that a keynote address is expected to address the topic from 30,000 ft. I therefore have mixed feelings about my debut keynote address.

Now that I have set the expectations low, I will turn to the topic of clinical trials in India and specifically the New Drugs and Clinical Trial Rules, 2019 (‘New CT Rules’).

It is not that India did not have clinical trial rules before 2019. There was a whole schedule in the Drugs Rules and clinical trials were conducted in India. Several clinical research outsourcing organisations (sounds like BPO and you would not be wrong in thinking of them in that way), including global ones were active in India with thousands of applications for trials.

But in 2012, to quote Bob Dylan, “too many people had died”. In 2013, the Supreme Court[1] put a hold on 162 clinical trials[2]. At the same time, the Parliamentary Standing Committee scrutinised the working of the drug regulator and its report was scathing in its criticism of how drugs had been approved in India[3].

The Government, as expected, set up a committee, the Ranjit Roy Chaudhury Committee, to revise the clinical trial rules. The Committee consulted extensively and the current rules were a result of that process.

The New CT Rules incorporate the World Medical Association Declaration of Helsinki – Ethical Principles for Medical Research Involving Human Subjects, 1964 as amended in 2013 (Helsinki Declaration)[4]. The two fundamental ideas underpinning the declaration, as I see it, were science and ethics.

There was an acknowledgement that decisions will be taken on the basis of science. Clinical trials are essentially scientific studies and the results will be evidence and facts. The New CT Rules lay out a logical and methodical procedure, as one would expect from science. These rules assume that everyone in the ecosystem making a decision will be led by science, evidence and facts. Science, evidence and facts are universal, are not they? So all is well, isn’t it? Well, those of you who have been studying jurisprudence will find this exercise interesting – Did the new rules change the behaviour and culture of the drug regulator tasked with implementing the rules, of the sponsors of the clinical trials or of the doctors conducting the trials? Dinesh Thakur will be addressing the role of the regulator in greater detail but “lipstick on a pig” should bookmark the idea in your head until he speaks and expands on Dr Swaminathan’s thought of the cycle of panic and neglect.

There was a recognition in the Helsinki Declaration that progress in medical science required clinical trials but also that these ought to be conducted in an ethical manner. At the heart of this was the relationship between doctor and patient, not a scientist and a specimen, not a lab technician and a Guinea pig.

There have been three noble professions – priests, doctors and lawyers. Do not take my word for it – look at the law. These three professions traditionally enjoy privilege. So, what is said to a priest in confession, to a doctor or a lawyer is secret. Perhaps there is a need to have a safe place, a safe relationship to keep some unpleasant truths from society.

I know some smart alec is itching to ask why spouses enjoy privilege and what is noble about marriage. After almost 20 years, I am ashamed to say that I do not know.

I think of noble professions as requiring a higher standard of ethics and integrity than the wider society to which we belong. The sorry saga of clinical trials in India can be attributed to doctors failing in their duties to their patients. Those who participate in clinical trials are referred to as “volunteers” and their doctors are referred to as “investigators”. That should give you a hint of what is to come and what the consequences are.

Patients are often desperate and vulnerable, and rely entirely on the doctor for advice, especially in India. They believe that the doctor is acting in their best interest at all times. This is what the Helsinki Declaration expects. Patients trust doctors like they trust God. But, as Richard Feynman, the Nobel prize winning physicist said, “Religion is a culture of faith; science is a culture of doubt.” Sadly, the less said about the ethics and integrity of babajis and godmen the better and doctors seem to be giving babajis a run for their money these days. I will not say anything about lawyers for fear that it may incriminate me.

Since the New CT Rules implement the Helsinki Declaration, is it just a matter of ensuring compliance by key players? Well, yes, but as you will hear during the panel discussion, there are deficiencies.

The most significant is the morality of denying access to the knowledge that was obtained in the clinical trials. This knowledge should be shared and Principle 36 of the Helsinki Declaration mandates it – especially since volunteers risk their lives believing that their participation would help mankind, and science progresses best when knowledge is shared. Sadly, the data obtained in the trial is treated as a commercial secret. Justice Bhat alluded to this issue – the regime for data exclusivity is immoral and inhuman and should find no place in civilised society.  A consequence of data exclusivity is that many mistakes will be made and many lives have been and will be lost – all of which are completely avoidable. If only the clinical trial data was shared, subsequent trials would be safer. We will not be killing people while figuring out how they died while, all that time, someone else already knew but just would not tell us.

You will hear from other panellists how the pandemic has tested the “system”. I am reminded of a popular saying in shipping towns – “A ship in port is safe, but that is not what ships are built for; in calm waters every ship has a good captain.”

Sadly, you are all familiar with fabiflu, remdesivir, plasma, itolizumab, tocilizumab, ivermectin, coronil, Ayush-64…. It does n’ot give me any pleasure to tell you that you are most certainly not immune from the consequences of the New CT Rules.

Those of you on Twitter will know me by my handle – @grumpeoldman. You should not have expected an uplifting keynote address. I hope that at lunchtime all you young people will be scared and angry, hungry for change.  Angry that this is happening around you and scared that it could be, or is, happening to you. I assure that we old people will not be. Ultimately, you will find, … most old people lament. Some quote Shelley.

On whose last steps I climb,

Trembling at that where I had stood before;

When will return the glory of your prime?

Out of the day and night

A joy has taken flight;

Move my faint heart with grief, but with delight

† by Murali Neelakantan is currently Principal lawyer at Amicus. He is a dual qualified lawyer (India and UK) and among other positions, he was formerly a partner at an international law firm in London, Cipla’s first global general counsel, and Executive Director and Global General Counsel of Glenmark Pharmaceuticals.
This is his keynote speech at XIV NLSIR-SAMVA̅D: Partners Symposium. 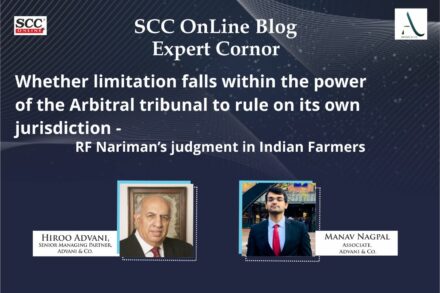 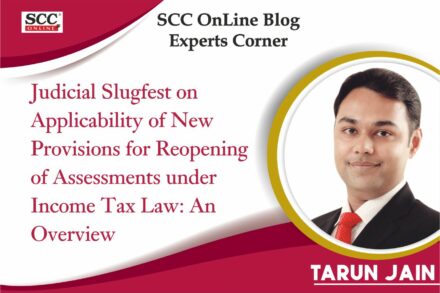 Judicial Slugfest on Applicability of New Provisions for Reopening of Assessments under Income Tax Law: An Overview