It serves no purpose for anyone to cause any obstruction in the smooth flow of much needed Medical Oxygen. Stoppage of tankers by one State would have snow balling effect, and would eventually adversely impact the concerned State as well.

Bench stated that with respect to the stated head, Court had already directed the Centre to take steps in order to prioritize the clearance of imported equipment and all that was required to be able to set up and operate the RT-PCR testing centres.

Chetan Sharma, ASG brought to Court’s notice the directions issued by Centre to all customs offices with regard to the above stated and Solicitor General stated that Centre would call for a report.

To the above, Bench stated that the report be called for as to how many such imports were pending and how many have been cleared along with this, the duration for which the imports are held up at the ports along with the reasoning.

Court called for the above report within 3 days and in a sealed cover.

Solicitor General read out certain orders and communications that had been issued from time to time so as to augment the production, distribution and supply of medical oxygen throughout the country, as also in respect of NCT of Delhi. Mr Tusha Mehta, SGI submitted that GNCTD has called for supply of Oxygen from the JSW Group. With regard to the distribution of medical oxygen, the same was being undertaken by the Central Government and the States/Union Territories should not be asking for the same directly from any producer.

JSW Group’s production and distribution of oxygen is also being monitored by the Centre.

Bench permitted the GNCTD to procure the cryogenic tankers from JSW Steel and Centre shall intervene in case of any obstruction from any quarter in the procurement of the cryogenic tankers by the GNCTD. Adding to this Court stated that However, so far as the allocation of oxygen produced by the JSW Steel Plants is concerned, the same shall be undertaken on the instructions of the Central Government.

Alok Aggrawal, Maharaja Agrasen Hospital had made efforts to contact officers of the GNCTD to offer one cryogenic tanker but n response came in, for such offers, Court directed Mr Aggrawal or his client to interact with Chief Secretary, Delhi, Mr Vijay Kumar Dev who offered to look into any such offer that may be made, so that tankers may be procured for the purpose of securing supplies of Medical Oxygen to Delhi.

INOX started moving their four cryogenic tankers from Rajasthan to service the transportation arrangement from the plants of Air Liquide. However, their said tankers have been detained by the State of Rajasthan. Mr Mehta submitted that strict action will be taken and it shall be ensured that tankers are freed so that they can proceed to their destination for the purpose of filling and supplying liquid medical oxygen.

Bench remarked that it expects and hope that the State of Rajasthan shall honor the orders passed by the Central Government as well as the Orders of this Court.

Any intervention by anyone in the plan put in place by the Central Government for the supply of medical oxygen in the country, at this stage, would tantamount to endangering hundreds of human life, if not more.

High Court elaborating more on the aspect of obstruction of medical oxygen stated that,

Mr Siddharth Jain, Director, M/S INOX placed the difficulty that the oxygen suppliers have been facing which is in respect to a lot of paperwork to be done on their part as required by the GNCTD. He further added that employees serving in the oxygen production and supply industry have been affected with COVID and an increase in paperwork would impede the efficiency of the suppliers. His suggestion was that a meeting be held between all the suppliers, GNCTD Officers, hospital representatives, nursing homes in Delhi and the refilling units so that modalities could be worked out for a smooth supply of oxygen.

For the above issue, Chief Secretary, GNCTD agreed to the meeting.

The stated issue has been taking place rampantly in the NCT of Delhi. Bench directed the refillers to be present before the Court and provide requisite information to the GNCTD, further the Bench directed the refillers to ensure that the refilled cylinders are supplied in terms of the directions of the GNCTD and all such supplies are accounted for, failing which, Court shall be compelled to take strict action against them.

Lastly, the Court concluded the order saying that,

We are hopeful that with the infrastructure for transportation of liquid Oxygen been augmented, the supplies to Delhi would considerably improve in the coming days.[Rakesh Malhotra v. GNCTD,  2021 SCC OnLine Del 1828, decided on 26-04-2021] 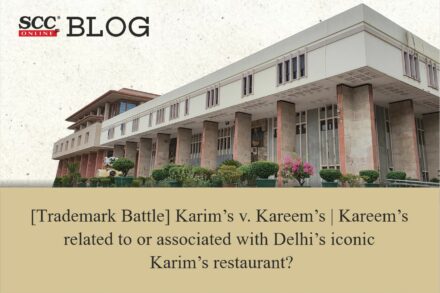 Whether non-referral of patient to Specialist or higher centre amounts to deficiency in service or medical negligence of the treating doctor/hospital? NCDRC decides