According to the Human Development Report 2007/08 climate change is defining the human development challenge of the 21st century.[1] The effects of climate change are non-linear and difficult to forecast. The issue of climate change was first discussed in a series of highly publicised climatic and environmental events in the 1960s and 1970s particularly when the World Meteorological Organisation (WMO) convened the First World Climate Conference.[2] The purpose of this conference was to develop fundamental scientific knowledge on the issue of climate change. Eventually a scientific intergovernmental body commonly known as Intergovernmental Panel on Climate Change (IPCC) was established which thereafter published its first report that served as a basis of the United Nations Framework Convention on Climate Change. It observed that emissions resulting from human activities (majorly carbon dioxide) are increasing the atmospheric concentrations of greenhouse gases resulting in the average warming of the earth’s surface.[3]

The United Nations Framework Convention on Climate Change has been the principal legal instrument adopted by all the states to address the climate change issue, the ultimate objective of the treaty is to stabilise greenhouse gas concentrations in the atmosphere at a level that would prevent dangerous anthropogenic interference with the climate system.[4] The preamble of the said legal instrument provides that “the largest share of historical and current global emissions of greenhouse gases has originated from the developed countries and in comparison, the per capita emissions in developing countries are still relatively low and furthermore it renders that the share of global emissions in developing countries will eventually increase in order to meet their social development needs”.[5] Moreover, this instrument puts the onus on the developed countries to limit their emissions and lead the fight against climate change. The convention also intends to bind the developed countries to transfer financial and technological help to the developing countries in order to reduce the global emissions.

In the year 1995 world countries strengthened the global response on climate change after realising that the provisions of the convention were inadequate and non-binding on member states which eventually led to lack of enforcement mechanisms of climate change provisions. Hence a new legal instrument was developed known as the Kyoto Protocol which essentially operationalised the convention as it committed the industrial countries to stabilise greenhouse gas emissions based on the principles of the convention.[6] Article 17[7] of the Convention of the said Protocol envisages trading of the Greenhouse gas (GHG) emissions by sparring units to countries who have exceeded their limits or get offset credits by financing projects in the developing countries that reduce emissions. This instrument was an ultimate neo liberal market concession to climate change process, it was adopted as a result of negotiations to get United States (the world’s largest emitter) on Board with the agreement. Further it will not be out place to specify that a similar kind of instrument was already functional in the European Union trading system and it failed miserably to achieve the objective of reducing emissions.[8] The radical environmentalists argued that this instrument set the climate politics back by nearly two decades. It is pertinent to specify that the sole objective behind all of these legal discussions and negotiations between countries was to reduce GHG emissions in order to safeguard the present as well the future generations of man. By trading of carbon, the underlying purpose of safeguarding the climate was forfeited as the treaty commercialised a serious human development challenge.

After the Kyoto Protocol a number of agreements and negotiations took place between the world countries which included the Bali Agreement, Copenhagen Agreement, Cancun Agreement and Doha Agreement, etc.[9] All of these instruments intended to stabilise the GHG global emission level by employing a number of mechanisms including establishing a climate change fund to finance the poor countries to reduce their emission level. However, none of the agreements were providing any substantial solution to the core issue of climate change.

Thus, in the year 2015 Paris Agreement, a successor (as claimed by many States) to the Kyoto Protocol was agreed and ratified to by majorly all the world countries. It established a framework for global climate change action. In this agreement all the world countries agreed on to reduce their carbon emission by submitting their respective intended nationally determined contributions (INDC’s) which specify their targets of becoming carbon neutral.[10] The INDC’s are interpreted differently by each member States to determine national emissions, setting baselines and defining future objectives thereby making them difficult to compare. For instance, China’s pledge lacks specificity as it does not indicate at which level their respective emissions will peak, nor does it render a base year against which its target to reduce carbon emission would be measured. [11]

This agreement can be argued to be one of most basic steps taken by world countries in the fight against climate change as for the first time majorly all the world countries agreed on to do something about the issue of climate change. However, there are many drawbacks to the accord which include no legally binding emission targets, lack of financial support and voluntary setting up of targets. Further the Paris Agreement also lacks in the principle of fair and equitable burden sharing of tasks which fundamentally sidelines the considerations of environmental justice. This agreement rather than pressuring the developed countries, who are accountable for greenhouse gases that have accumulated in the earth’s atmosphere, is seeking to pressurise the developing countries to reduce their emission which essentially abandons the idea of legally binding emissions reduction commitments. Furthermore, it also lacks the specifics in rendering financial support to the developing countries for the cost they will have to incur for substituting fossil fuel sources of energy. It will not be out of place to specify that this agreement contradicts with other pledges of the developed countries particularly the pledge at the Copenhagen conference in the year 2009 wherein they committed to provide $100 billion as financial support to the developing countries.

Albeit as per a Report of Organisation for Economic Cooperation and Development (OECD) the developed countries have committed to $62 billion by climate finance[12] however it is observed by many developing countries that the report published as deeply flawed and inconsistent with the actual numbers.[13] Additionally, a working paper by World Resources Institute also highlights the lack of transparency in climate financing, it further opined the need to step up efforts on the issue of accountability and transparency in the coming years.[14]

This flexibility in achieving the targets and lack of accountably has essentially brought back the countries to square one. This can be substantiated by looking at the commitments the world countries have made and their current status. The United Nations Report on the commitments by the world countries in accordance with the Paris Agreement showed an extremely bleak picture as majorly all the countries were far away from their committed levels of reduction in emissions.[15] Moreover according to the Fifth IPCC Assessment Report, the world countries have an allowance to emit of 1000 billion tons of CO2 till 2100 if it wants to stay below the agreed level of temperature stated in the Paris Accord, however in the recent years the carbon emissions have increased at an extremely substantial pace and therefore if any global coordinated considerable action is not taken the allowance would be used up by even before the year 2030.[16]

All these instances are conclusive of the fact that Paris Agreement is clearly not the correct way forward and the world countries are not doing enough for securing the future generations of humankind. In theory the Paris Accord aims to reduce global greenhouse gases and thus lessen the expected warming of the climate however, in fact it does not even attempt to achieve this goal, except nominally. As per the agreement the world countries can pledge as much or as little as they want, and no enforcement mechanism ensures that they will deliver on their commitments, a country unhappy with its pledge can simply change it. Due to this flexibility or freedom none of the major global emitters as stated before are on track to meet their obligations. Whereas on the other hand developing countries are failing to even start action on their pledges.

The Paris Agreement objectives from the starting were lacking in ambition as it placed the idea of legally binding emission targets for negotiations, this was not the case in the Copenhagen Agreement between the countries where the core objective was legal binding emission targets and hence it can be said that the Paris Agreement is merely an agreement to do what was not intended in the previous agreements.

In my view, the basic step of reducing the inconsistencies between international climate and international trade objectives of liberalisation was missing in all the agreements, so immediate effort shall be made to make both of them complementary in practice. Additionally, an instrument such as carbon tax on global emitters shall be adopted which would essentially discourage the major emitters to use carbon as a source of energy. Furthermore, a liability shall also be imposed on the failure of the member countries to meet their global targets. Some of these inclusive suggestions in my opinion if considered and implemented seriously can help in securing a safe environment for future generations. 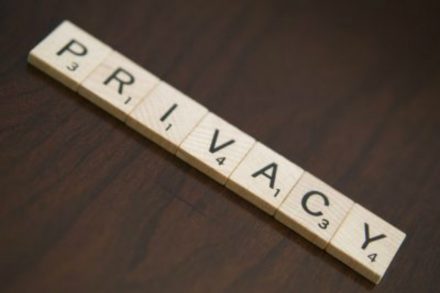 Right to Privacy: A look back at the 9-judge bench hearing & it’s possible impact on Aadhaar 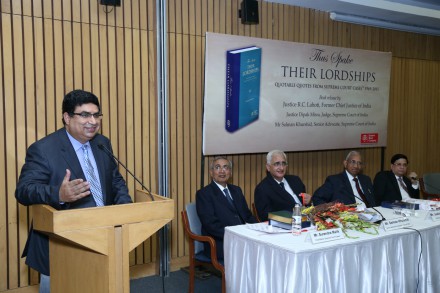 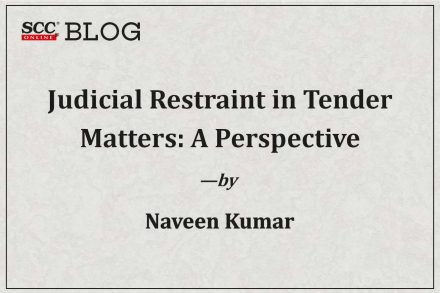 By Bhumika Indulia Published on October 18, 2022