“The ossification test conducted in year 2020 when the appellant was 55 years of age cannot be conclusive to declare him as a juvenile on the date of the incident.”

The instant appeal had been preferred against the order of High Court of Judicature at Allahabad, wherein the Court had dismissed the appeal filed by the appellant against his conviction under Section 302 read with Section 34 of Penal Code, 1860. The appellant had reached the Supreme Court with the contention that he was juvenile on the date of incident i.e. 20-07-1982. In support of plea of juvenility, he had relied upon family register maintained by the Panchayat, Aadhaar Card and an order passed by the High Court in the year 1982 by which the High Court had granted him bail on the basis of report of the Radiologist that the age of the appellant at that time was between 15½ – 17½ years.

Later on, perusal to an order of Supreme Court a Medical Board consisting of five doctors was constituted which had opined in the report dated 08-09-2020 that at present the age of applicant was around 40-55 years. Relying on the said report the High Court opined that,

The Bench reiterated legal position that plea of juvenility could be raised at any stage even after finality of the proceedings before the Court. However, the Bench further observed that There were minor variations in law as the Rule 12(3) (a)(i) and (ii) of Rules, 2007 had been clubbed together with slight change in the language and Section 94 of the new Act did not contain the provisions regarding benefit of margin of age to be given to the child or juvenile as was provided in Rule 12(3)(b) of the Rules.

Reliance was placed on Mukarrab v. State of Uttar Pradesh, (2017) 2 SCC 210, wherein the Supreme Court while observing that, a blind and mechanical view regarding the age of a person could not be adopted solely on the basis of the medical opinion by the radiological examination, had held that,

“The ossification test cannot be regarded as conclusive when the appellants have crossed the age of thirty years.”

Since the medical report in support of the bail order was not available, the Bench stated that such order granting bail could not be conclusive determination of age of a person.

Determination of Age in the absence of conclusive Proof

First attempt to determine the age was by assessing the physical appearance of the person when brought before the Board or the Committee. In case of a person around 18 years of age, the ossification test could be said to be relevant for determining the approximate age of a person in conflict with law. However, when the person was around 40-55 years of age, the structure of bones could not be helpful in determining the age.

In Arjun Panditrao Khotkar v. Kailash Kushanrao Gorantyal, (2020) 7 SCC 1, the Supreme Court had held that in context of certificate required under Section 65B of the Evidence Act, 1872, as per the Latin maxim, lex non cogit ad impossibilia, “law does not demand the impossible”. Thus, when the ossification test could not yield trustworthy and reliable results, such test could not be made a basis to determine the age of the person concerned on the date of incident. Therefore, in the absence of any reliable trustworthy medical evidence to find out age of the appellant, the Court stated that the ossification test conducted in year 2020 when the appellant was 55 years of age cannot be conclusive to declare him as a juvenile on the date of the incident.

“The appellant could not be treated to be juvenile on the date of incident as he was more than 21 years of age as per his application submitted to obtain the Arms Licence.”

Non Applicability of Falsus in Uno, Falsus in Omnibus in India

The Supreme Court in Ilangovan v. State of T.N., (2020)10 SCC 533, held, “The doctrine of Falsus in Uno, Falsus in Omnibus merely involves the question of weight of evidence which a court may apply in a given set of circumstances but it is not what may be called “a mandatory rule of evidence”. Therefore, merely because a prosecution witness was not believed in respect of another accused, the testimony of the said witness could not be disregarded qua the present appellant as the said maxim was not applicable in India. Further, it was not necessary for the prosecution to examine all the witnesses who might have witnessed the occurrence.

Hence, in the light of above considerations and the fact that the Trial Court as well as the High Court had appreciated the entire evidence to return a finding of guilt against the appellant, the instant appeal was dismissed.

For the Respondent: Advocate Goel

Utt HC| Degree of M.A. in Public Administration equivalent to a degree of M.A. in Political Science as per UGC; UKPSC directed to consider candidature for appointment as Assistant Professor 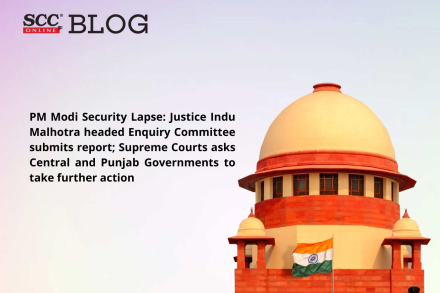