The facts of the case are such that the plaintiff’s father, Kanhaiya Kori (Defendant 2) purchased the suit property including suit land along with the kutcha house by registered sale deed from one Rajim Bai and he remained in possession and the said kutcha house was constructed by him. Kanhaiya Kori sold the suit property in favour of Madanlal Bharadwaj (Defendant 1) by sale deed dated 21-1-2003. Thereafter, the plaintiff sought decree for declaration of title and permanent injunction stating inter alia that though his father i.e defendant 2 has purchased the suit land in his own name, but sale consideration was paid by him and hence his father had no right and title to alienate the suit property. The trial Court decreed the suit granting decree for declaration of title and permanent injunction in favour of the plaintiff which was reversed by the first appellate Court on appeal being preferred by defendant 1 leading to filing of instant second appeal.

Counsel for the appellants submitted that by the alleged transfer, no title has been transferred in favour of defendant 1, as the plaintiff remained in possession of the suit land and transfer of suit land, which is abadi land, without delivery of possession along with superstructure, no title has been passed and as such, decree passed in favour of the plaintiff would not have been set aside by the first appellate Court.

Counsel for the respondents supported the impugned judgment and decree of the first appellate court.

The case at hand falls under Section 54 of Transfer of Property Act, 1882 which states as under:

“54. “Sale” defined.—‘‘Sale” is a transfer of ownership in exchange for a price paid or promised or part-paid and part-promised.

Sale how made.—Such transfer, in the case of tangible immovable property of the value of one hundred rupees and upwards, or in the case of a reversion or other intangible thing, can be made only by a registered instrument.

In the case of tangible immovable property of a value less than one hundred rupees, such transfer may be made either by a registered instrument or by delivery of the property.

Delivery of tangible immoveable property takes place when the seller places the buyer, or such person as he directs, in possession of the property.

Contract for sale.—A contract for the sale of immoveable property is a contract that a sale of such property shall take place on terms settled between the parties.

It does not, of itself, create any interest in or charge on such property.”

The Court thus relied on judgment G. Hampamma v. Kartigi Sajjivalada Kalingappa, 1989 SCC OnLine Kar 135 and observed that It is the case of the plaintiff that possession has not been transferred to defendant 1, therefore, sale is not complete without delivery of possession. Non-delivery of possession does not affect the conveyance of title. What is transferred for consideration is the right of ownership. Right to possession is incidental to right of ownership. One who is a owner can bring an action for recovery of possession. Once the right, title and interest are sold, on payment of sale consideration the person in possession, is either a permissive holder like tenant or a person holding adversely to the interest of true owner. In either event person in possession has no title. Since delivery of physical possession is not an essential ingredient of sale, that circumstance by itself can have no relevance to decide the intention. When title is transferred and the person who has purchased the property has title over the suit property, merely because he has not been given possession, non-delivery of possession could not affect the title of the person who has purchased the property.

The Court thus held that in the present case, by registered sale deed the original defendant 2 has purchased the property and the valid title has been transferred in his favour. Even the plaintiff has not questioned the title of defendant 1 either by seeking a declaration that sale made by defendant 2 as owner in favour of defendant 1 is invalid or void otherwise. Hence, in regard to the observations made above, the first appellate Court is absolutely justified in holding that defendant 1 is the titleholder of the suit land and the plaintiff has no right, title and interest over the suit property and rightly reversed the judgment and decree of the Trial Court.

Kar HC | Whether the indefeasible right of an accused to seek compulsive bail under S. 167(2) CrPC is defeated by the unilateral extension of time by the Court; HC elaborates 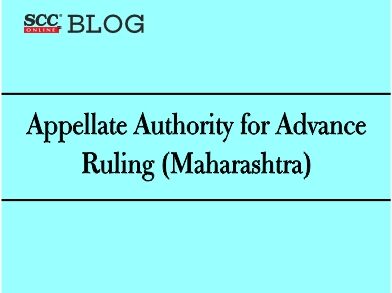