— Nani Palkhivala — Brief reference about his birth, background, etc. — His Education — Joining law and at the Ban — First appearance in a case of Constitutional significance in the Bombay High Court — Reference made to the other famous cases argued — Part-time Lecturer at Government Law College, Bombay — Important cases argued in the Supreme Court — Bhanji Munji (1955), Bank Nationalisation case (1970), Privy Purse case (1971) — Bennett Coleman (1972), St.Xavier’s College case (1974), Seshammal case (1972), Kesavananda Bharati (1972) and Minerva Mills Case (1980) — Palkhivala’s Magnus Opus, the Law and Practice of Income tax — Annual Budget speeches — Represented India in three case in the International for a — Office of the Attorney General and Judgeship of the Supreme Court declined — Contribution to an hospital — Donation to the Jayaprakash Institute of Human Freedoms founded by him — His qualities and greatness stressed — Final days and answering the Inevitable Summons from the Maker on 11-12-2002 — Association with this Speaker — Concluding note

On 16-1-1920 was born a child in Bombay whom his parents christened Nanabhoy. It was not an earth-shattering event at that time. In later years, he was known as Nani Palkhivala — a household name, not only amongst lawyers, but throughout the length and breadth of our country.

What was the constitution of this man who became an authority and a guardian of our Constitution in later years? What was his background?

Physically he was not impressive. A young, slim boy measuring about 5 feet 7 inches in height and not having many kilos to carry.

Nani Palkhivala was not born with a silver spoon in his mouth. He hailed from a humble Parsi middle-class working family. His ancestors were in the profession of making and fixing “palkhis,” namely, palanquins, to be fitted to horse carriages of those times. Hence the surname Palkhivala, which like many Parsi surnames, is associated with a particular calling or profession.

Nani Palkhivala’s schooling was in Master’s Tutorial High School in Bombay. He was a brilliant student and did extremely well despite his initial handicap of stammering which he overcame by sheer willpower. After matriculation he joined St. Xavier’s College, Bombay and completed his MA in English Literature.

In younger days, he did take to music and played the violin reasonably well. But the spell of Apollo was short-lived. Music was not one of his passions in later life.

Palkhivala applied for a Lecturer’s post at Bombay University. To his surprise and regret, a Parsee girl was appointed to the post. With admission to most other courses closed, he enrolled at Government Law College, Bombay. This is one instance how destiny plays a role in one’s life. Had Palkhivala got the Lecturer’s post, we would have had a brilliant Professor but the world of law and public life would have been a loser. Nani was eternally grateful to the young lady Professor and treated her to a dinner for several years.

Note: This article was first published in Supreme Court Cases Journal (2003) 4 SCC J-33. It has been reproduced with the kind permission of Eastern Book Company. 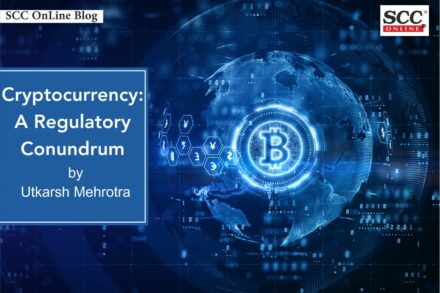 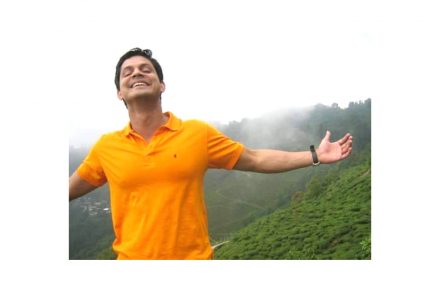 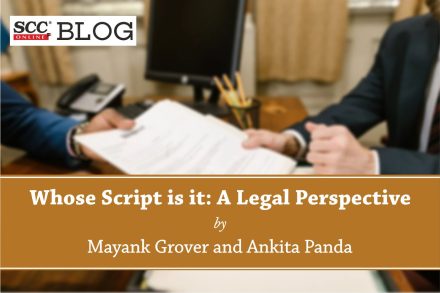 Whose Script is it: A Legal Perspective