Madhya Pradesh High Court: The Division Bench of Prakash Shrivastava and Shailendra Shukla, JJ., dismissed a writ petition which was filed praying for a direction to permit the petitioner to take part in counselling session for admission in MBBS course.

The petitioner had appeared in NEET 2020 Examination and had scored 600 marks with 98.52364 percentile by securing 1995 Rank in All India Merit. The time schedule for online registration by the eligible candidates on M.P. Online Portal was between 1-11-2020 to 10-11-2020. According to the petitioner, on 3-11-2020 the petitioner had tried, but there was failure of link, therefore, petitioner could not register for counselling and he kept on unsuccessfully trying till 10-11-2020. After which he had contacted the respondents and made a prayer for opening the link for registration, but the same was not accepted.

The counsel for the respondent, Pushyamitra Bhargava with Devashish Dubey submitted that the petitioner had created his profile on 3rd November, but thereafter he had not made any attempt to register himself. They further submitted that even the intimation through SMS was sent to the petitioner and there was no failure of link because thousands of students had registered themselves without any complaint and that the petitioner had got admission in BDS Course through all India quota, therefore, he did not take steps to register himself in M.P. Online counselling and now after expiry of time limit he was trying for reopening of the link which was not permissible.

The Court after perusing all the records observed that petitioner had created a profile for the first time on 3-11-2020 and thereafter nothing further was done. The Court further explained that in terms of Rule 6 of Madhya Pradesh Niji Vyavasyik (Pravesh Ka Viniyaman Evam Shulk Ka Nirdharan) Adhiniyam, 2007 as amended, it was necessary for the candidate to get himself registered for counselling within the time limit and thereafter no change was permissible and after the second round of counselling the registration will be opened again for Mop Up round in which the applicants not registered earlier could also get themselves register.

The Court considered the judgments of the Supreme Court provided by the respondent in Medical Council of India v. Madhu Singh, (2002) 7 SCC 258, Mridul Dhar v. Union of India, (2005) 2 SCC 65 and Priya Gupta v. State of Chhattisgarh, (2012) 7 SCC 433 and held that petitioner was not entitled to issuance of a direction to the respondents to open the link for his registration in the counselling, however, petitioner would be entitled to register himself as per Rule 6 when the registration opens for mop up round. The Court dismissed the appeal.[Naman Porwal v. State of MP,  2020 SCC OnLine MP 2756, decided on 27-11-2020] 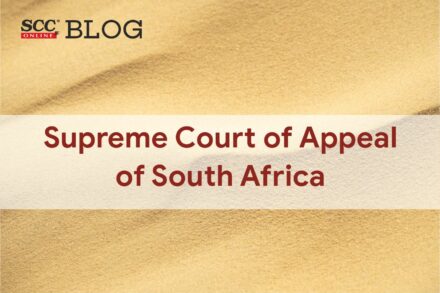 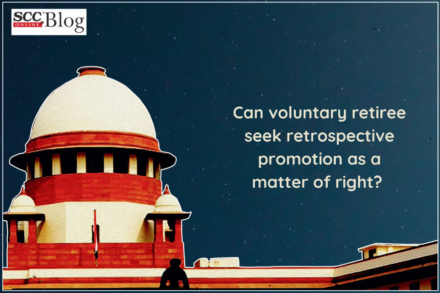 Can voluntary retiree seek retrospective promotion as a matter of right? SC decides