Dewan Housing Finance Limited (“DHFL”) was incorporated on April 11, 1984, and registered with National Housing Bank (NHB) under Section 29A of the National Housing Bank Act, 1987 has been carrying on the business of providing loans to retail customers for construction or purchase of residential property, loans against property, etc.

On January 29, 2019, Cobrapost, a media portal, published an article alleging that the promoters of the Company- Mr Kapil Wadhawan and Mr Dheeraj Wadhawan, had siphoned off more than Rs. 31,000 crores of public money primarily through grants and advances to shell companies pursuant to which DHFL issued a press release stating that the allegations are baseless.

On November 20, 2019, Reserve Bank of India (“RBI”) vide its Order superseded the Board of Directors of DHFL and appointed Shri. R Subramaniakumar as the Administrator and later filed an application to initiate corporate insolvency resolution process (“CIRP”) under Section 227 of the Insolvency and Bankruptcy Code, 2016 (“IBC”) and National Company Law Tribunal, Mumbai Bench admitted the application and confirmed the appointment of Shri R Subramaniakumar as the administrator. Grant Thornton India LLP (“Transaction Auditor”) was appointed to assist the RP in conducting a transaction audit of the Company which filed an initial report stating that certain transactions entered into by DHFL during the period FY 2006-07 to FY 2018-19 are fraudulent in nature, as per Section 66 of the IBC.

Observations made in the initial report

Order by the Board

12A. No person shall directly or indirectly—

(a) use or employ, in connection with the issue, purchase or sale of any securities listed or proposed to be listed on a recognized stock exchange, any manipulative or deceptive device or contrivance in contravention of the provisions of this Act or the rules or the regulations made thereunder;

(b) employ any device, scheme or artifice to defraud in connection with issue or dealing in securities which are listed or proposed to be listed on a recognised stock exchange;

(c) No person shall directly or indirectly engage in any act, practice, course of business which operates or would operate as fraud or deceit upon any person, in connection with the issue, dealing in securities which are listed or proposed to be listed on a recognised stock exchange, in contravention of the provisions of this Act or the rules or the regulations made thereunder.

(1) Without prejudice to the provisions of regulation 3, no person shall indulge in a manipulative, fraudulent or an unfair trade practice in securities markets.”

“Dealing in securities shall be deemed to be a manipulative, fraudulent or an unfair trade practice if it involves disseminating information or advice through any media, whether physical or digital, which the disseminator knows to be false or misleading and which is designed or likely to influence the decision of investors dealing in securities.

The Board thus restrained the defaulting promoters from accessing the securities market and are prohibited them from buying, selling or otherwise dealing in securities in any manner whatsoever, either directly or indirectly and associating themselves with any listed public company and any public company as directors/ promoters which intends to raise money from the public or any intermediary registered with SEBI.

In view of the above, the order was passed without any prejudice to Direction(s) or Order that may be passed by NCLT during CIRP of the Company under IBC, 2016.[Dewan Housing Finance Corporation Ltd., In Re., 2020 SCC OnLine SEBI 138, decided on 22-09-2020] 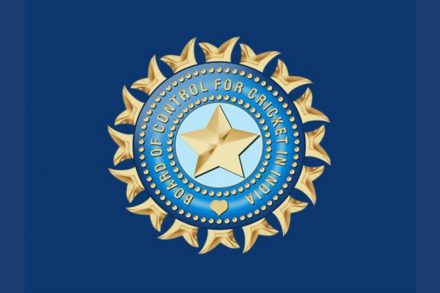 APTEL | Whether there was bona fide delay in commissioning the solar power project? Tribunal answers

NCLAT | NCLT’s order of barring an auditor for 5 years on grounds of misusing his position, held –Unsustainable