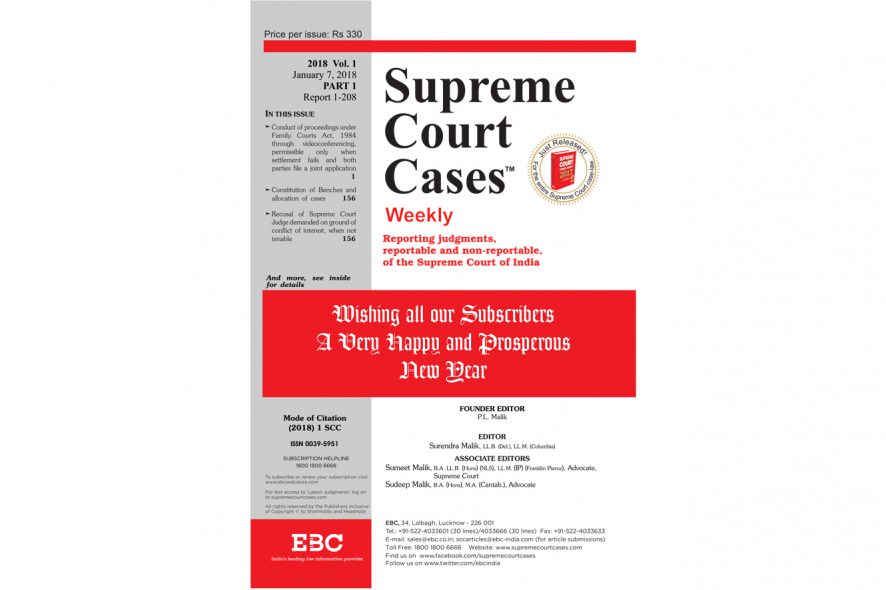 Civil Procedure Code, 1908 — Or. 39 Rr. 1 and 2 — Grant of temporary injunction: Temporary injunction in a suit for specific performance of contract for sale cannot be granted when there are doubts as to existence of a concluded contract and there is delay in instituting the suit. The onus is on plaintiff to demonstrate that the parties were ad idem qua their obligations/concluded contract. The grant of relief in a suit for specific performance is itself a discretionary remedy and a plaintiff seeking temporary injunction will therefore have to establish a strong prima facie case on basis of undisputed facts. Further, the conduct of the plaintiff will also be a very relevant consideration for purposes of injunction and the discretion has to be exercised judiciously and not arbitrarily. [Ambalal Sarabhai Enterprise Ltd. v. KS Infraspace LLP Ltd., (2020) 5 SCC 410]

Service Law — Pay — Pay revision — Expert Body — Prescription of pay scales and incentives — Exclusion of judicial review: When Government has taken decision based on recommendations of expert committee, and several other factors including financial implication, Court should not substitute its views ad interfere only when it is satisfied that Government’s decision was arbitrary. [Union of India v. M.V. Mohanan Nair, (2020) 5 SCC 421]

Arbitration and Conciliation Act, 1996 — Ss. 2(1)(e), 2(2), 11(6) and 20 — Seat of arbitration — Determination of, when only the venue is specified: If the “subject-matter of the suit” is situated within the arbitral jurisdiction of two or more courts, the parties can agree to confine the jurisdiction in one of the competent courts. Seat of arbitration once determined, amounts to exclusive jurisdiction clause. [Brahmani River Pellets Ltd. v. Kamachi Industries Ltd., (2020) 5 SCC 462] 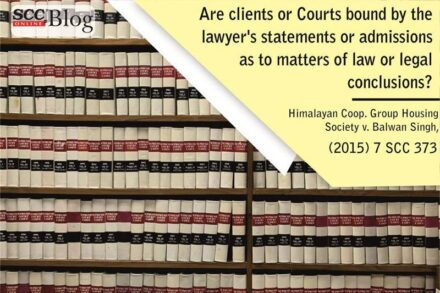