A final year law student from Indore has written a letter to the Chief Justice of the Madhya Pradesh High Court raising concern over the consequential threat on the lives of millions of students by the order of University Grants Commission regarding compulsory conduct of final term examination. The letter also seeks to draw the attention of the Chief Justice towards the impassive levying of fee by the colleges and universities even in the times of great crisis not only in Indian economy but also in the global market.

Avni Jain, a final year law student of Department of Law, PIMR, Indore, through her letter, brought to the Court’s notice that despite of the announcement by the Madhya Pradesh Chief Minister that the final year students shall be marked according to their highest performance in the previous year examination, the University Grants Commission, on 6th July 2020, ordered the compulsory conduct of final year examination by the end of September, 2020 in offline (pen & paper)/ online/ blended (online + offline) mode. She termed this Notification to be in violation of Article 21 and said forcing students to give offline exams is in absolute violation of fundamental right to life enshrined under Article 21 of Indian Constitution.

Regarding offline exams, Avni states in the letter,

“If the college or university conducts online exams the students are exposed to the myriads of problems which might arise in an online examination like unstable internet connection, crashing of computers and laptops, electricity power cuts etc. Further giving online exams would be impossible for students who do not have personal computers or laptops. These are some serious issues which must be taken into account before asking students to sit for online examination.”

The letter also highlights the concern over the conduct of ‘special exams’ and states that the said order is “highly uncertain as no one knows when this pandemic ends and when would it become feasible for universities to conduct these special exams.” UGC in its order has provided that the final year students who are unable to appear in the examination “may be given opportunity to appear in the special examination which may be conducted by university as and when feasible”.

“By reason of these uncertainties students are unable to plan further course of action as without a degree students are unable to get the jobs, they wouldn’t get admission for higher studies, they wouldn’t be able to sit in competitive exams and eventually it’ll make students to lose their entire academic year. These facts are causing massive impact on mental condition of students.”

The letter further draws the attention towards the practice of impassive levying of fee by the various colleges and universities even in the times of great crisis not only in Indian economy but also in the global market.

“It is pertinent to mention here that in view of the Covid 19 induced lockdown, several parents have undergone substantial pay cuts and even layoffs. It is extremely difficult for a large section of the students to even pay their tuition fee, still several colleges in Madhya Pradesh without any empathy towards student community are charging them for the expenses which never incurred due to lockdown like – Infrastructure/development fee, library fee, Internet fee, Co-curricular activities fee, other fee and so on.”

The letter goes on to state that if the college conducts online exams then students are required to buy own computers/laptops and pay for personal internet connection. Therefore charging thousands of rupees in the name of examination form fee is not justifiable and is arbitrary and unreasonable.

Read the full text of the letter here.

Reported By Saba Published on December 4, 2017 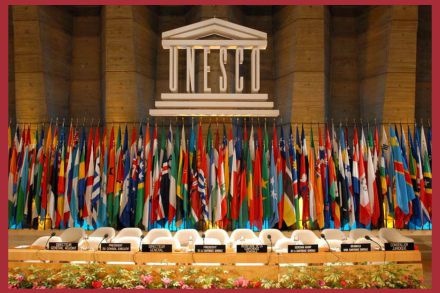 Reported By Saba Published on December 12, 2016