The intimacy of marriage, including the choice of partner, which individual make, on whether or not to marry and whom to marry are the aspects which exclusively lies outside the control of the State or the Society.

Habeas Corpus to be issued

Issuance of Habeas Corpus has been sought on the ground that detenue has been wrongly confined by respondents 4 and 5 who are the mother and brother of detenue.

Settled legal preposition laid down by High Courts of Country:

“..a consensual relationship between a common sex is not barred and it is held not to be an offence under the law.”

Detenue is a major and had been enjoying a consensual relationship with the petitioner since the year 2016.

It has also been specified that the continuance of a consensual relationship between the persons belonging to the same sex is not in debate in the present petition.

whether two adult persons of same gender can be permitted to be in a relationship?

whether they can be permitted to live together?

whether the liberty of a person, who had attained majority can be curtailed?

Supreme Court in the above matter had observed that “it needs no special emphasis to state that attaining the age of majority in an individual’s life has its own significance.

A person is entitled to make his or her choice

“…daughter is entitled to enjoy her freedom as the law permits and the courts shall not assume the role of a super guardian being moved by any kind of sentiments of the mother or egotism of the father.”

In the present case, while observing the Supreme Court’s decision as stated above, it is to be noted that

even if parties who are living together belonging to the same gender are not competent to enter the wedlock, still they have the right to live together even outside the wedlock.

Adding to the above-stated position — live-in relationship has now being recognized by the legislature itself, which has found its place under the provisions of protection of women from Domestic Violence Act.

Another aspect to be noted is that it is essential to remember that the song of liberty is to be sung with sincerity and at the exclusive choice of an individual is appropriately respected and conferred its esteemed status as the constitution guarantees.

Bench in view of the above stated that,

consensual cohabitation between two adults of the same sex cannot be illegal, far or less a crime because its a fundamental right which is being guaranteed to the person under Article 21 of the Constitution of India.

Matters like the present one, it is exclusively the statement recorded of the detenue, who is said to be wrongfully confined and who is said to be having a consensual or a lesbian relationship with the petitioner, which becomes of prime importance, to be considered while parting with the judgment.

Petitioner had in the first instance conceded about her relationship with the petitioner and expressed her decision to live together. Adding to the sid, she also expressed that she has been illegally detained by her mother and brother.

On 8th June, 2020 when detenue’s statement was against recorded she stated that she was not willing to continue living in a consensual relationship with the petitioner. Further, she added that she had no pressure from her mother or brother.

Since the contradiction in statements appeared, Court directed the respondent’s 4 and 5 along with detenue to file their affidavits with their statements.

Again on 11th June, 2020 when the detenue appeared before the Court, she by way of reiteration submitted that she is making the statement consciously and at her free will, that she wants to lead her independent life and does not want to continue with the consensual relationship with the petitioner.

Thus, in view of the above statements, in Court’s opinion, the writ of habeas corpus would not be tenable and thus it was dismissed. [Madhu Bala v. State of Uttarakhand, 2020 SCC OnLine Utt 276 , decided on 12-06-2020]

Consumer culture of ‘use and throw’ has influenced our matrimonial relationships also; Kerala HC expresses concern over alarming rise of divorce cases 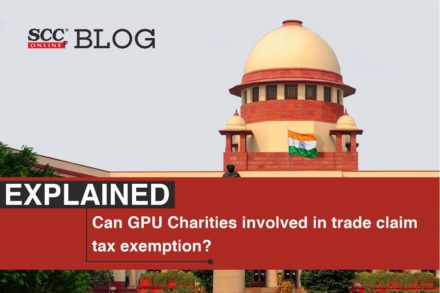 By Prachi Bhardwaj Published on November 4, 2022

Adultery: SC asks Centre why women should not be punished under Section 497 IPC