Delhi High Court: The Division Bench of Hima Kohli and Subramonium Prasad, JJ. while dismissing a petition that challenged the MHA Notification of phased reopening of the country after nationwide lockdown, imposed a cost of Rs 20,000 due to wasting judicial time.

Petitioner while challenging the MHA Guidelines on phased reopening of the country, he states that it would result into rampant spread of COVID-19.

The impugned notification will deprive citizens of their basic fundamental rights such as life and it ignores the health of its citizens by exposing them to the threat of COVID-19.

He adds to his contentions that, it Government has driven only by economic considerations at the cost of people’s lives.

Bench states that it can take judicial notice of the fact that the lockdown resulted into loss of jobs, forced people to walk for considerable distance and stand in long queues at food distribution centres to have two square meals a day.

Economic situation of the country took a terrible hit. Economists have also forecasted that Indian economy will shrink as a result of the steps taken to contain Corona virus pandemic.

Series of orders were passed by the Government to tackle the situation and ensure minimum hardship to the people.

Court can also take judicial notice of the fact that world over, the trend is now to reduce the restrictions which were imposed due to lockdown and to return to normal life.

In order to ensure a proper balance between containing the spread of COVID-19 pandemic and at the same time make certain that people are not forced to starvation the Government has issued the impugned order.

Re-opening has been directed in a phased manner and is not a decision that appears to have been taken in haste.

Government if finds that the rate of infections is going up, they can always review their decision and impose curbs accordingly.

Petitioner has failed to show how the impugned order is arbitrary or is based on such irrelevant consideration that it deserves to be struck down.

In Court’s opinion, the present petition has only been filed to gain publicity.

Dictum of guidelines as laid down in the Supreme Court’s Judgment of State of Uttaranchal v. Balwant Singh Chauful, (2010) 3 SCC 402, has also not been followed in the present matter.

Bench further stated that during the course of hearing, petitioner was given warning that if he presses the petition, costs will be imposed, despite which the petitioners’ counsel continued addressing the arguments and wasting the judicial time. 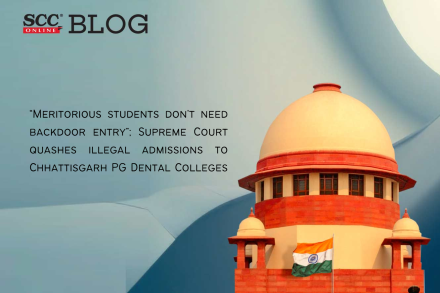 Pat HC | Once notification of a transfer is acted upon, nothing subsists and the said notification becomes redundant for all purposes