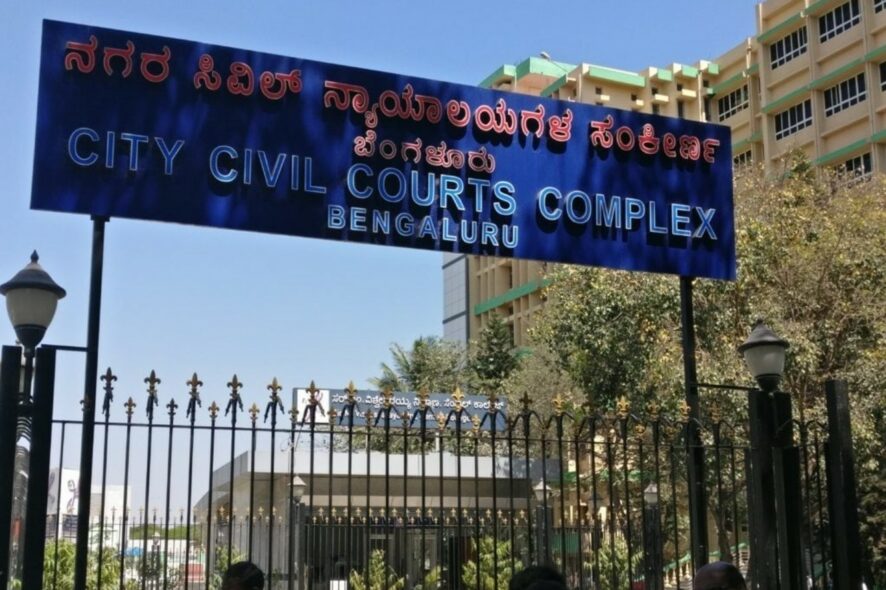 Counsel for the respondents submitted that petitioner is required for investigation. In the event of granting anticipatory bail, there is every chance of absconding, tampering and allure prosecution witnesses, repetition of crime of similar nature.

The Court further observed that press, particularly daily newspapers have immense circulation among public. ‘Prajavani’ is also one of such Kannada daily newspaper, having vast circulation. It is the responsibility of the editor and concerned officers of the newspaper to ascertain whether publication of any news would disturb peace and harmony of the communities of the society. Further, it is the duty of the editor and publisher to verify the truth of the news, before the publication of the same in their newspaper. Any dereliction, negligence on the part of the editor, publisher of the newspaper would cause severe damage to the safety of the public, harmony among communities in the society. Public peace and tranquillity is the prime issue to be maintained in the civilized society.

The Court taking judicial notice that entire nation is facing medical emergency situation due to spread of the Covid-19 infection in an alarming manner and despite all attempts, it is not possible for the government to supply required medicine, oxygen and other life saving materials within time. In such a situation, publishing articles like the present one, could provoke relatives, supporters of the deceased who died due to Covid-19 infection.

The Court stating that as the investigation is under process and the petitioner has deep roots in the society and hence fleeing from justice is not possible held “anticipatory bail petition filed by petitioner/accused U/s.438 of Cr.P.C., is allowed.” [Dr C.S. Dwarakanath v. State of Karnataka, Crl. Misc. No. 4383 of 2021, decided on 20-05-2021]

Allahabad High Court: The Division Bench of Pankaj Naqvi and Piyush Agrawal, JJ., issued a general mandamus to Competent Authorities under U.P. Apartment Act, 2010 and U.P. Industrial Area Development Act, 1976 or any other cognate enactment to decide the grievances of home buyers within 3 months from the date the grievance is brought to their knowledge.

State of U.P. taking cognizance of the rise in population and demand for space especially for residential purposes enacted U.P. Apartment (Promotion of Construction Ownership and Maintenance) Act, 2010.

It has been stated that the object of the Act is to give primacy to the interest of the owners of the apartments and protection of their rights against arbitrary and profit-oriented actions of the promoters/builders in which a role of an arbiter has been assigned to the competent authority in the Development Authority as held in Designarch Infrastructure Pvt. Ltd. vs. Vice Chairman, Ghaziabad Development Authority, 2013 (9) ADJ 594.

Genesis of the instant petition

Bench has taken judicial notice that a large number of cases have been coming before the Court on behalf of the home-buyers who after having spent their hard-earned life savings, buy an apartment, only to face hostile and arbitrary actions from the promoters/builders/Development Authorities and instead of resolving such disputes, they become mute spectators.

Petitioner by the instant petition has highlighted several irregularities in violation of their agreements on the part of the respondent 3 being the developer co-promoter of the residential project “Shipra Shritsti” which despite several representations to respondent 2 have gone unattended.

High Court deemed it appropriate to issue a general mandamus to the competent authorities to dispose of the grievance of home-buyers within a stipulated period so as to obviate an individual home-buyer or a registered association, as the case may be, from approaching this Court time and again.

Further, the Court added that the benefit of this order shall also be extended to the competent authority envisaged under the U.P. Industrial Area Development Act, 1976 and other cognate enactments.

Following were the directions issued by the High Court in light of the above discussion:

(i) A general mandamus is issued to the Competent Authorities under U.P. Apartment Act, 2010 & U.P. Industrial Area Development Act, 1976 or any other cognate enactment to decide the grievance of the home- buyers or their associations, positively within 3 months from the date the grievance is brought to their knowledge, by reasoned and speaking order under intimation to the aggrieved persons.

(ii) The Competent Authority shall ensure that before any decision is taken, a right of audience is given to the parties concerned.

(iii) The Competent Authority shall ensure that an officer not below the rank of a Gazetted Officer shall periodically visit the apartment/building at least once in 6 months at a prior notice to the registered association which shall be obliged to circulate it amongst its member so as to give them an opportunity to ventilate their grievance if any. Any reported violation shall be immediately brought to the notice of the Authority concerned which shall immediately take remedial steps.

(iv) Any inaction on the part of Competent Authority shall be construed as a serious dereliction of duty, warranting interference from the State Government.

Advocate for the Parties:

Delhi High Court: The Division Bench of Hima Kohli and Subramonium Prasad, JJ. while dismissing a petition that challenged the MHA Notification of phased reopening of the country after nationwide lockdown, imposed a cost of Rs 20,000 due to wasting judicial time.

Petitioner while challenging the MHA Guidelines on phased reopening of the country, he states that it would result into rampant spread of COVID-19.

The impugned notification will deprive citizens of their basic fundamental rights such as life and it ignores the health of its citizens by exposing them to the threat of COVID-19.

He adds to his contentions that, it Government has driven only by economic considerations at the cost of people’s lives.

Bench states that it can take judicial notice of the fact that the lockdown resulted into loss of jobs, forced people to walk for considerable distance and stand in long queues at food distribution centres to have two square meals a day.

Economic situation of the country took a terrible hit. Economists have also forecasted that Indian economy will shrink as a result of the steps taken to contain Corona virus pandemic.

Series of orders were passed by the Government to tackle the situation and ensure minimum hardship to the people.

Court can also take judicial notice of the fact that world over, the trend is now to reduce the restrictions which were imposed due to lockdown and to return to normal life.

In order to ensure a proper balance between containing the spread of COVID-19 pandemic and at the same time make certain that people are not forced to starvation the Government has issued the impugned order.

Re-opening has been directed in a phased manner and is not a decision that appears to have been taken in haste.

Government if finds that the rate of infections is going up, they can always review their decision and impose curbs accordingly.

Petitioner has failed to show how the impugned order is arbitrary or is based on such irrelevant consideration that it deserves to be struck down.

In Court’s opinion, the present petition has only been filed to gain publicity.

Dictum of guidelines as laid down in the Supreme Court’s Judgment of State of Uttaranchal v. Balwant Singh Chauful, (2010) 3 SCC 402, has also not been followed in the present matter.

Bench further stated that during the course of hearing, petitioner was given warning that if he presses the petition, costs will be imposed, despite which the petitioners’ counsel continued addressing the arguments and wasting the judicial time.

CJI, writing for himself and Khanwilkar, J said:

“The Constitution itself being a dynamic, lively and ever-changing document adapts to the paradigm of epochs. That being the situation, it is also for this Court to take a fresh look and mould the existing precepts to suit the new emerging situations.”

Chandrachud, J, writing for himself and Sikri, J said:

“As a matter of principle, there is no reason or justification to exclude the report of a Parliamentary Standing Committee from the purview of the judicial process, for purposes such as understanding the historical background of a law, the nature of the problem, the causes of a social evil and the remedies which may provide answers to intractable problems of governance.”

He, however, added that no Member of Parliament or person can be made liable for what is stated in the course of the proceedings before a Parliamentary Committee or for a vote tendered or given.

Bhushan, J, in his detailed judgment explained that the Parliamentary Committee Reports cannot  be  treated  as  conclusive  or binding of what has been concluded in the Report. He said:

“By acceptance of a Parliamentary Committee Report in evidence does not mean that facts stated in the Report stand proved. When issues, facts come before a Court of law for adjudication, the Court is to decide the issues on the basis of evidence and materials brought before it and in which adjudication Parliamentary Committee Report may only be one of the materials, what weight has to be given to one or other evidence   is   the   adjudicatory   function   of   the   Court which may differ from case to case.”