Delhi High Court: A Division Bench of D.N. Patel, CJ and C. Hari Shankar, J., addressed a grievance of petitioner was with regard to official website of GNCTD (Respondents) meant for registration of migrant workers for transit to their respective native place, no proper working of the helpline numbers and need of appointment of Nodal Officers in all the Districts of Delhi.

Counsel for GNCTD submitted that Principal Secretary of Social Welfare Department, P.K. Gupta is appointed as the State Nodal Officer and all the District Magistrates in Delhi are the Nodal Officers of their respective districts. Names and contact details have been given on the website of Government of NCT of Delhi.

Respondent 1 further submitted that they do no object to any of the prayers made in the present petition.

On the contrary, they are already looking into the difficulties which are being faced by the public at large and all possible actions are being taken by them to send the migrant workers to their native places.

Counsel for respondent 3/Railways submitted that as and when such request shall be received from any State, they will provide necessary trains.

Thus, in view of the above, Bench stated that respondent 1 is ready and willing to accept the registration of workers who want to migrate, as and when they would approach the nodal officers, it will be taken care of by GNCTD for their migration in accordance with the SOP issued by Union of India.

With regard to “helpline numbers”, respondent 1 is directed to ensure uninterrupted working of their helpline number so that people may approach Nodal officers.

“…very purpose of helpline number is to help the people and, therefore, the same must be functional.”

Further, the Court also stated that, Nodal Officers shall remain easily available to migrant workers so that after the online registration, follow up action in accordance to Centre issued SOP for movement of migrant workers to their native places could be taken place. 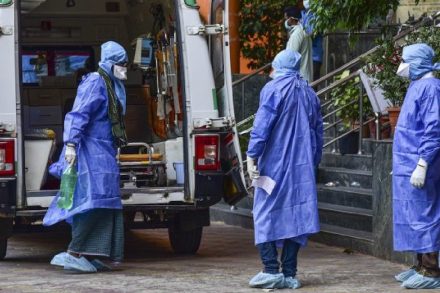 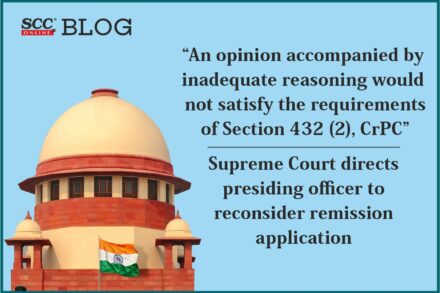 “An opinion accompanied by inadequate reasoning would not satisfy the requirements of Section 432 (2), CrPC”, SC directs presiding officer to reconsider remission application