At least 200 members of the said congregation have been reported to traveled to the State of Gujarat who may be infected with COVID-19. News reports have further confirmed death of one person in Gujarat out of a total of 8 deaths all over the country who had participated in the congregation at Delhi.

Further the Court noted that no one knows where all these 200 or more members of the congregation are now based in Gujarat.

Advocate General, Kamal B. Trivedi appearing for State of Gujarat submitted that Government is already in the process of identifying and tracing not only the members of the said congregation having travelled to Gujarat but also the details of other persons coming in close contact with the said members.

Devan Vyas, Assistant Solicitor General, on behalf of union of India, assured the Court that Central Government after collecting necessary data from State of Delhi with regard to the above would share the same with respective states including Gujarat.

High Court in its earlier order had directed the State Government to ensure that no gathering takes place in all the places of worship in the State but that would not mean that daily puja/aarti/service/offering of prayer(namaaz) in these places of worship is to be stopped bu that the same would carried out by the respective managements without making such places open to public.

Advocate General during the present hearing assured that the above would be strictly followed.

Thus in view of the above the Court held that if satisfactory reports will not be submitted then the court will have to issue necessary directions and may take coercive measures.

Kar HC | Petitioner failed to avail opportunity of personal hearing under S. 122-A of Customs Act, granted liberty to avail statutory remedy under the Act 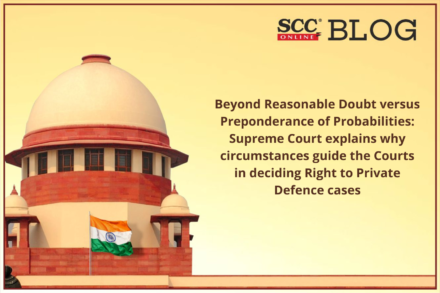 Beyond Reasonable Doubt versus Preponderance of Probabilities: Supreme Court explains why circumstances guide the Courts in deciding Right to Private Defence cases

Reported By Editor Published on September 20, 2022