Allahabad High Court: The Division Bench of Manoj Misra and Virendra Kumar Srivastava, JJ. clarified that no protection shall be given and the investigating agency shall be free to take all steps to bring the investigation to its logical conclusion if the victim is not produced by the date fixed.

This instant petition was sought for the quashing of the FIR registered under Sections 363, 366, 506 IPC. The allegation entailed in the FIR is that the victim (Petitioner 5), a sixteen-year-old girl was enticed away by the accused person.

Counsel for the Petitioner, Ram Sajivan submitted that the girl is an adult and that she had voluntarily married Kishan Kumar (Petitioner 1). Reliance was placed on the Aadhaar Card of petitioner 5 to prove the age. The date of birth as per Aadhaar is 01.01.2000.

Government Advocate for the Respondent submitted that the date of birth as per Aadhar Card has not been conferred any conclusive status by law and, therefore, it would be appropriate that this petition be disposed of by requiring the investigating agency to determine the age of the Petitioner 5 and record her statement and, thereafter, take appropriate action as per law.

After analyzing the submissions of the parties, the Court observed that there is no satisfactory documentary evidence to hold the victim to be an adult. The Court also provided certain directions to petitioner 1, that he shall produce petitioner 5 before the court of Chief Judicial Magistrate, Farrukhabad to ascertain whether any force has been used on her or she has been voluntarily in the company of the petitioner 1. In case the victim deposes before the Chief Judicial Magistrate that force has been used on her, the Chief Judicial Magistrate shall proceed to pass appropriate orders immediately in respect of the custody/protection of the victim. However, in case the victim deposes that she has been voluntarily in the company of the petitioner 1 or any other person and that no force has been used on her, CJM shall call upon the Investigating Officer of the case and fix a date for appearance of the informant or the parents or natural guardian of the victim for the purpose of determining the age of the victim. Though in the event the victim is found to be a minor, the police would be free to take the investigation to its logical conclusion and may affect the arrest of the accused. [Kishan Kumar v. State of U.P., 2019 SCC OnLine All 4337, decided on 22-11-2019]

VYAPAM Scam: No relief to 634 students who had gained admission to MBBS course by using unfair means 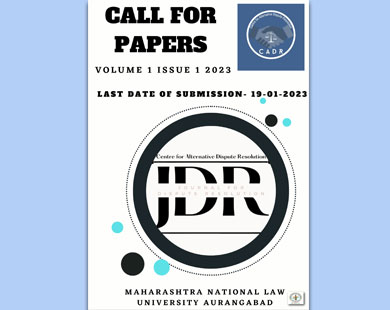