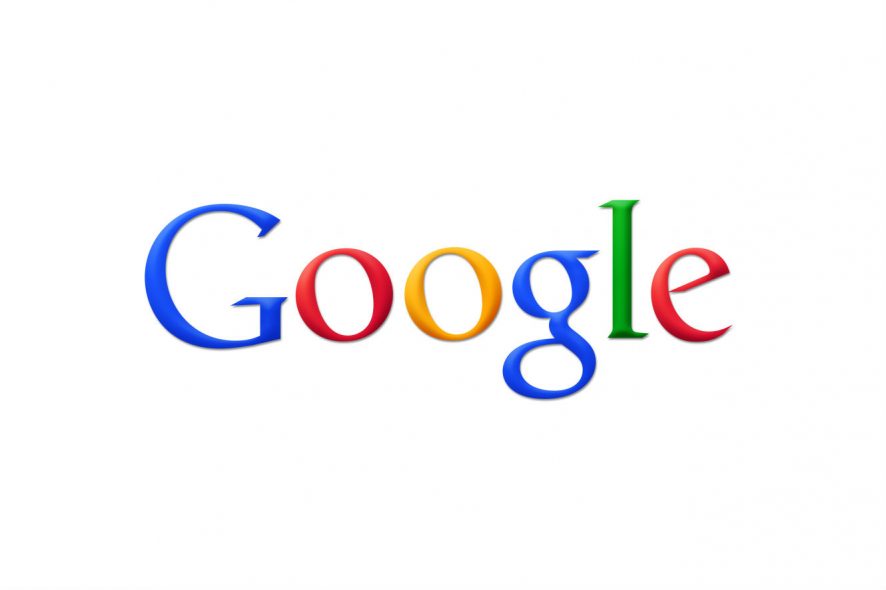 Internet is to this century what oil was to the last[1]. The Government of India realising the impact of data has placed two strategic bills, the Personal Data Protection Bill, 2018 and the Draft National E-Commerce Policy (DEPC) to regulate the access and use of the data collected from individuals in our country. This is further strengthened by the fact that the United Nations has recognised access to the internet as a human right.[2] Therefore, fair usage and access to internet services is an ancillary right of the netizens. But is it really the case? Do netizens get a fair service? Are we able to use the internet without one or the other algorithmic prejudices? These questions are far from one’s contemplation? What happens, if one is denied the most basic internet service, of a general search? What does a biased search on the internet lead to? Would a bias in the search result in any manner reduce consumer experience or mislead them? Google Inc. is at the forefront of the answers to these questions. Antitrust agencies globally are or have been at some point arrested with the accusations of search bias against Google. This article is however limited to the effect of search bias in India. The Competition Commission of India (CCI/Commission), has by and large through its order (primary order)[3] against Google set the tone for intervention in the digital market whilst cautiously balancing market innovation and antitrust intervention. It is, however, through its recent (android investigation)[4] that the CCI seemingly took a sterner view in calling for a level playing field in digital markets.

By way of background, Consim, now known as Matrimony.com and Consumer Unity and Trust Society (CUTS) had filed an information with the CCI alleging inter alia that Google had created an uneven playing field by preferring its own services and partners by manually manipulating algorithmic search results to the advantage of its verticals. It further alleged that Google is leveraging its strong position in the various online search markets to enter into and enhance its position in ancillary markets.

Now let us understand the process, service providers with two-sided platforms like Google, display free services to users and earn revenue through sponsored advertisements by publishers. When a user enters a query, Google’s algorithm runs the query, crawls it through billions of pages, index it and then in accordance with its relevance, display it to the user. It is understood that topmost results are the most relevant and are the ones to capture maximum clicks. Websites compete for the top positions on the Search Engine Results Page (SERP), as that ensures their viability. It is at this stage that Google manually manipulates the algorithm and displays its own vertical services at the prominent locations of the SERP, denying competitors the business that they would have otherwise garnered, at the same instance misleading consumers into believing this relevance. A lot of our readers would be of the mind that Google offers free services and therefore shall be outside the purview of the competition law. As Google charges for placing ads on its platform, which is an economic activity, it can be called under the ambit of the Competition Act, 2002 (Act). Further, our Act also considers free services and there is no requirement of monetary considerations for an enterprise to be held liable under our Act. Since Google is significantly present in both general and specified search, the CCI marked (a) market for online general web search services in India; and (b) market for online search advertising services in India as relevant markets. Google was found dominant by the virtue of inter alia the volume of business, total revenue, market share and the high entry barriers in terms of scale and technology in India.

The Commission found Google to be abusing its dominant position on three counts, each explained below:

The majority order recognises down that asking Google to replace its commercial flights’ link and integrate third-party verticals shall be confusing to the users and difficult for Google. Google will not be in a position to algorithmically first few results and use an entirely different method to rank the following set of results. This is again a failure in rectifying a situation by the CCI, whereby it could have asked Google to rank its pages systematically in consonance with regard to the third-party pages, which it felt so strongly for.

The CCI imposed a paltry penalty of INR 135.86, which was a 5% penalty on Google’s average total revenue generated from India operations in three years.

The Hits and Misses

The order highlights the pro-innovation and limited intervention in the digital market stance of our regulator. At one point before dealing with the issues of abuse, the majority order claims of market behaviour to be self-correcting for a dominant enterprise, be it a digital enterprise, in a digital/virtual market. This according to me can be denied as given the lack of proper alternatives, with such organised search skills, it is highly doubtful if Google’s behaviour can be exposed to self-correction by the market. Albeit, the decision is heavily biased in favour of Google, with limited modifications, denying a lot of valid DG assertions, still can be said to be a guiding light for Indian jurisprudence in terms of digital markets. It, however, fails to do any justice to the claims of search bias in the view of the author, as the order could have easily been supported by empirical studies and evidence which could have gone a long way in making this a strong decision, holding Google’s conduct more sternly liable.

As the dissent note highlights most of the findings in the order are relied upon by Google’s public statements and Microsoft’s studies. The Commission’s sprawling economic wing did not get into finding evidence or conducting market studies, as its European counterpart so effectively did. There was no study of the click-through rate or loss of sales by the customer due to Google’s abusive behaviour. Google’s monopoly over internet search still remains a serious issue. Various hypotheticals and past conduct in different jurisdictions show how Google may still display its results first even after the order. This order has, however, paved the way for more such intervention in the digital space and set the difficulties that agencies worldwide grapple with while dealing with the dynamic markets.

The present information deals primarily with Android-related abuse against Google in India. The informants have placed reliance on the search bias in the primary order along with the order of the European Commission (EC)[6] on the same dispute. Being the innovator that it is, Google had realised quite early on the shift of the user base from PCs to mobile phones given the flexibility of use and ease of access. Google’s search engine is admittedly its primary source of revenue and also aids its process of revenue generation as witnessed in the analysis of the primary order by collecting data from its search services. It acquired Android in 2005, which is used by the majority of phone manufacturers in India. Google cajoles the manufactures to enter into an agreement to install Google Mobile Services (GMS), a collection of Google applications including Google Maps, Gmail, and YouTube, Play Store. Interestingly, the end-users will be unable to avail of such services directly. The aforesaid agreement inter alia stipulates, in exchange for a free licence to GMS, the manufacturer shall agree to the placement of the Google search widget, the play icon, and a folder with a selection of other Google apps (such as Chrome) on the default home screen. Though Google confesses such apps take very little space and can be uninstalled by the consumer/user at any point in time, it fails to consider the resultant dysfunctioning of various other non-Google Android applications.

In terms of search bias, the users are now better able to input search queries with the accessibility of mobile phone allowing Google to further accumulate its data bank. The CCI whilst ordering an investigation under Section 26(1) of the Act, noted such placement of the search engine as denying market access to other competing search engines. The order also recognises the data-driven scale effects of the search engines and raised apprehension regarding the impugned conduct of Google in perpetuating its dominance in the online search market.

Its Import in the Competition Jurisprudence

Albeit an investigation order, this step of the CCI is bold in recognising the perpetual possibilities of Google’s abusive conduct in search results. The order only spells denial of market access to the competitors and a possible stifling in innovation; it misses out the fact that given the preinstalled Google search will help in accumulating the data bank and a possibility of further search bias. The increased ability and chances of the users to give feedback on their phones towards the improvement in algorithmic search shall also contribute to furthering search-related display of related services. Google has appealed the primary order, its historic conduct worldwide, however, gives a glaring impression of faltering the guidelines imposed by the Commission. Finding an abuse against Google and levying a penalty under the Act can act as a deterrent. The EC had levied a penalty of €4.34 billion in the similar litigation referred above. The decision shall be quicker than expected if the investigation as envisaged by the CCI is completed in 150 days, though highly unlikely as the CCI takes multiple years to decide. This decision will be of further assistance in establishing a stronger sense of abuse against the Goliath when the National Company Law Appellate Tribunal (NCLAT) decides the appeal of the primary order.

In summary, CCI has a chance to prove itself to be a stern regulator, one that does not shy away from enabling businesses in the digital economy to thrive and grow while ensuring that innovation of the internet economy is not hindered. Of late, the CCI has given progressive decision in the disruptive market, be it suggesting online platforms to be a potential ground for resale price maintenance whilst ruling that resale price maintenance did not require actual resale or  showing  concerns[7] or  flagging  big  data  concerns  during  the  Bayer/Monsanto  merger[8] or questioning  the  price-fixing  algorithm  in  the  air  cargo  cartel[9] or  the  multiple  orders  on price-fixing, collusion as well as abuse of dominance against the online cab aggregators. Understandably, the battle against Google’s dominance shall go a long way in paving paths for many other groundbreaking steps in the regulation of big data companies. Also interesting will be to see the impact of the DPEC in these decisions which (whenever sees the light of day) is expected to inter alia regulates the conduct of search engines such as Google whilst seeking to create a level playing field against the digital companies as well as regulating the sale of data. The DEPC strongly condemns the self-preferencing model that Google is charged in both the cases, can be the propeller for setting new principles in correcting Google’s conduct. Time shall only tell the outcome of Google’s abusive conduct but history shall bear witness to struggle and efforts of the CCI in achieving a level playing field in digitised markets.

Compliance Checklist for Passing of Resolution by Circulation