Jammu & Kashmir High Court: Ali Mohammad Magrey, J. allowed the application filed by the petitioner to free him from detention.

The petitioner filed a Habeas Corpus petition against the order of detention, passed by the Respondent 2 who is the District Magistrate Baramulla, in exercise of powers conferred in him under Clause (a) of Section (8) of the Jammu and Kashmir Public Safety Act, 1978 (“The Act of 1978”). It was submitted that the detaining authority had failed to apply its mind to the fact whether the preventive detention of the detenue was imperative, notwithstanding his release on bail in substantive offences. It was also submitted that such order was passed on the dictates of the sponsoring agency, i.e. the Officer who had prepared the police dossier and no attempt had been made by the Respondent 2 to scan and evaluate it before issuance of the order of detention.

The Respondents submitted that the detaining authority had complied with the requirement of Clause 5 of Article 22 read with Article 21 of the Constitution of India. The detenue did not file any representation against the order of detention. The detenue was involved in two different cases for the commission of offences punishable under the ULA(P) Act and the Ranbir Penal Code (RPC).

The Court emphasized the issues that since the detenue was released on bail in the FIRs that formed the baseline of the order of the detention, therefore, an order of detention could have been passed under such circumstances or not. The Court relied on the law laid down by the Supreme Court in paragraph No. 24 of the judgment delivered in the case of Sama Aruna v. State of Telangana, “AIR 2017 SC 2662”:

“24. There is another reason why the detention order is unjustified. It was passed when the accused was in jail in Crime No. 221 of 2016. His custody in jail for the said offence was converted into custody under the impugned detention order. The incident involved in this offence is sometime in the year 2002-03. The detenue could not have been detained preventively by taking this stale incident into account, more so when he was in jail. In Ramesh Yadav v. District Magistrate, Etah and ors, this Court observed as follows:

“6. On a reading of the grounds, particularly the paragraph which we have extracted above, it is clear that the order of detention was passed as the detaining authority was apprehensive that in case the detenue was released on bail he would again carryon his criminal activities in the area. If the apprehension of the detaining authority was true, the bail application had to be opposed and in case bail was granted, challenge against that order in the higher forum had to be raised. Merely on the ground that an accused in detention as an under trial prisoner was likely to get bail an order of detention under the National Security Act should not ordinarily be passed.”

The Court held that the detenue could not have been detained after taking recourse to the provisions of “The Act of 1974” when he was already on bail. While discussing the duty of the State to follow the law of the land so as to safeguard the rights of the citizens the Court exclaimed that:

“The State could have exercised its right to knock at the doors of a higher forum and seek the reversal of the orders of bail so granted by the competent Court(s). This single infraction knocked the bottom out of the contention raised by the State that the detenue can be detained preventatively when he was released on bail. It cuts at the very root of the State action. The State ought to have taken recourse to the ordinary law of the land. 08. Life and liberty of the citizens of the State are of paramount importance. A duty is cast on the shoulders of the Court to enquire that the decision of the Executive is made upon the matters laid down by the Statute and that these are relevant for arriving at such a decision. A citizen cannot be deprived of personal liberty, guaranteed to him/her by the Constitution, except in due course of law and for the purposes sanctioned by law.”

In view of the above-noted facts, the instant petition was allowed and the impugned order of detention of the petitioner stood to be quashed. [Shabir Ahmad Mir v. State of J&K, 2019 SCC OnLine J&K 882, decided on 05-11-2019] 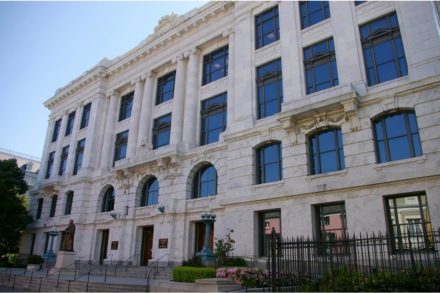