Patna High Court: Ashwani Kumar Singh, J., dismissed the application for quashing of FIR as the FIR clearly stated the incidence of tampering of the meter which would constitute a cognizable offence and hence the investigation is necessary.

In the pertinent case, the petitioner filed the application for the quashing of an FIR registered under Section 135 of the Electricity Act. The Petitioner had, in spot billing of the month of December, 2017, an electric bill for an amount of Rs 1,55,089 showing meter reading as 27678 was issued. The consumption in two days was of 24110 units. Thereafter, he made a complaint on 12-02-2018 through the online portal of South Bihar Power Distribution Company Limited. An electrician came and inspected the said meter was defective and would be reinstalled after repairing. Subsequently, he came back and reinstalled a meter. Thereafter, on 23-02-2018, some officials of the Electric Supply Sub- Division, Jamui came at his house and made an allegation that the petitioner had tampered the meter.

The counsel for the opposite party contended that in the FIR, there is a specific allegation against the petitioner that on 23-02-2018, when the meter installed at the house of the petitioner was inspected, it was found that the body of the meter on the right side tampered and the seal was broken. Further, the meter number on the body and the screen did not match. It was also noticed that the past reading of the meter was reduced. They contended that the allegations made in the FIR clearly attract the ingredients of the offence punishable under Section 135 of the Electricity Act, 2003.

The Court observed that there is specific allegation in the FIR regarding tampering of the meter installed at the house of the petitioner. The seal of the meter was found broken. The aforesaid allegations are sufficient to attract the ingredients of the offence alleged, which is classified as a cognizable offence. In case of a cognizable offence, the police has a statutory right to investigate. Therefore, the Court held that neither the institution of the FIRnor its investigation can be held to be bad. [Bijay Kumar v. State of Bihar, 2019 SCC OnLine Pat 1870, decided on 23-10-2019] 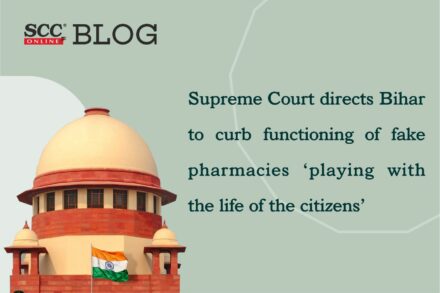 Utt HC | Bail is the rule and committal to jail is an exception; Court grants bail to accused in Scholarship Scam