The Central Board of the Reserve Bank of India (RBI) today decided to transfer a sum of Rs 1,76,051 crore to the Government of India (Government) comprising of Rs 1,23,414 crore of surplus for the year 2018-19 and Rs 52,637 crore of excess provisions identified as per the revised Economic Capital Framework (ECF) adopted at the meeting of the Central Board on 26-08-2019.

2. It may be recalled that the RBI, in consultation with the Government of India, had constituted an Expert Committee to Review the Extant Economic Capital Framework of the Reserve Bank of India (Chairman: Dr. Bimal Jalan). The Committee has since submitted its report to the Governor of the RBI. The Committee’s recommendations were based on the consideration of the role of central banks’ financial resilience, cross-country practices, statutory provisions and the impact of the RBI’s public policy mandate and operating environment on its balance sheet and the risks involved.

3. The Committee’s recommendations were guided by the fact that the RBI forms the primary bulwark for monetary, financial and external stability.

4. Major recommendations of the Committee with regard to risk provisioning and surplus distribution

(i) RBI’s economic capital: The Committee reviewed the status, need and justification of the various reserves, risk provisions and risk buffers maintained by the RBI and recommended their continuance. A clearer distinction between the two components of economic capital (realized equity and revaluation balances) was also recommended by the Committee as realized equity could be used for meeting all risks/ losses as they were primarily built up from retained earnings, while revaluation balances could be reckoned only as risk buffers against market risks as they represented unrealized valuation gains and hence were not distributable. Further, there was only a one-way fungibility between them which implies that while a shortfall, if any, in revaluation balances vis-à-vis market risk provisioning requirements could be met through increased risk provisioning from net income, the reverse, i.e., the use of surplus in revaluation balances over market risk provisioning requirements for covering shortfall in provisions for other risks is not permitted. The Committee recommended revising the presentation of the liabilities side of the RBI balance sheet to reflect this distinction.

(ii) Risk provisioning for market risk: The Committee has recommended the adoption of Expected Shortfall (ES) methodology under stressed conditions (in place of the extant Stressed-Value at Risk) for measuring the RBI’s market risk on which there was growing consensus among central banks as well as commercial banks over the recent years. While central banks are seen to be adopting ES at 99 per cent confidence level (CL), the Committee has recommended the adoption of a target of ES 99.5 per cent CL keeping in view the macroeconomic stability requirements. In view of the cyclical volatility of the RBI’s revaluation balances, a downward risk tolerance limit (RTL) of 97.5 per cent CL has also been articulated. Both levels were stress-tested for their adequacy by the Committee.

(iii) Size of Realized Equity: The Committee recognized that the RBI’s provisioning for monetary, financial and external stability risks is the country’s savings for a ‘rainy day’ (a monetary/ financial stability crisis) which has been consciously maintained with the RBI in view of its role as the Monetary Authority and the Lender of Last Resort. Realized equity is also required to cover credit risk and operational risk. This risk provisioning made primarily from retained earnings is cumulatively referred to as the Contingent Risk Buffer (CRB) and has been recommended to be maintained within a range of 6.5 per cent to 5.5 per cent of the RBI’s balance sheet, comprising 5.5 to 4.5 per cent for monetary and financial stability risks and 1.0 per cent for credit and operational risks. Further, any shortfall in revaluation balances vis-à-vis the market risk RTL would add to the requirement for realized equity. The Committee also recommended the development of methodologies for assessing the concentration risk of the forex portfolio as well as jointly assessing the RBI’s market-credit risk.

(iv) Surplus Distribution Policy: The Committee has recommended a surplus distribution policy which targets the level of realized equity to be maintained by the RBI, within the overall level of its economic capital vis-à-vis the earlier policy which targeted total economic capital level alone. Only if realized equity is above its requirement, will the entire net income be transferable to the Government. If it is below the lower bound of requirement, risk provisioning will be made to the extent necessary and only the residual net income (if any) transferred to the Government. Within the range of CRB, i.e., 6.5 to 5.5 percent of the balance sheet, the Central Board will decide on the level of risk provisioning.

5. Application of the Committee’s recommendations

The Central Board accepted all the recommendations of the Committee and finalized the RBI’s accounts for 2018-19 using the revised framework to determine risk provisioning and surplus transfer. The implications of this decision are given below:

(ii) Economic capital levels: While the revised framework technically would allow the RBI’s economic capital levels as on June 30, 2019 to lie within the range of 24.5 per cent to 20.0 per cent of balance sheet (depending on the level of realized equity maintained and availability of revaluation balances), the economic capital as on June 30, 2019 stood at 23.3 per cent of balance sheet. As financial resilience was within the desired range, the entire net income of Rs 1,23,414 crore for the year 2018-19, of which an amount of Rs 28,000 crore has already been paid as interim dividend, will be transferred to the Government of India. This is in addition to the Rs 52,637 crore of excess risk provisions which has been written back and consequently will be transferred to the Government.

6. As on June 30, 2019, the RBI stands as a central bank with one of the highest levels of financial resilience globally. 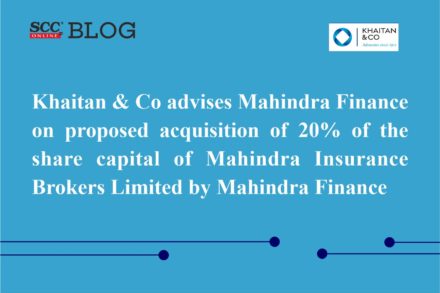 By Bhumika Indulia Published on November 10, 2022

Can forced sexual acts by husband on wife, between the age group of 15-18 years, be rape? SC seeks answers

By Prachi Bhardwaj Published on August 10, 2017