In the instant case, the husband of the appellant wife, aged about 38 years, was driving to Bikaner from Delhi in his car when he was hit by a truck, driven at a high speed and rashly. The severity of the accident caused the husband to expire on spot. The appellants claimed compensation. The Tribunal decided the accident to have happened due to the negligence of the truck driver and there was no negligence on the part of the deceased. The Tribunal had made one-third deduction as his personal expenses from the salary and thereafter, compensation for loss of dependency, and non-conventional damages worked out total amount of compensation to Rs 4,19,000.

The Counsel representing the appellant, Gurvinder Singh, challenged the order contending that the tribunal did not consider the income tax return of the deceased and income of business profits while calculating the compensation amount. He also put forth, the tribunal erred in not taking into consideration the number of dependents (which was four in number) instead it considered three. Lastly, the learned counsel contended that the interest should have been awarded at 9% per annum.

The Counsel representing the respondents, Mukul Singhvi, defended the impugned judgment of the tribunal and stated that the court was correct in calculating the interest at 6% per annum.

The High Court upon examination of the evidences produced before the Court, decided to enhance the compensation amount. It reassessed the income of the deceased and took into consideration the number of dependents of the family, hence deducted one-fourth under the head “Loss of Dependency”. The High Court placed reliance on the Supreme Court Judgment in Sarla Verma v. DTC, (2009) 6 SCC 121, wherein it was held that the number of dependents shall be taken into consideration while calculating one’s deduction of personal expenses. However, while calculating the future prospects of the deceased it allowed a 40% increase on the same owing to difficulty in calculating one’s future prospects and by placing reliance on the decision of the Supreme Court in National Insurance Company Ltd. v. Pranay Sethi, (2017) 16 SCC 680 wherein it was decided to make the quantum of compensation just and reasonable. The court also awarded unprecedented damages under the head “loss of consortium”, which relates to the right of spouse to the company care, help, etc. It thereafter went on to enhance the amount awarded towards the children of the deceased and for the funeral expenses as well. The Court, therefore, reassessed and enhanced the compensation amount partly to what the Tribunal had declared, and it also directed the rate of interest to be at 9% per anum in accordance with the Reserve Bank of India Guidelines.[Arti v. Teja Ram, 2019 SCC OnLine Raj 1168,  decided on 02-04-2019] 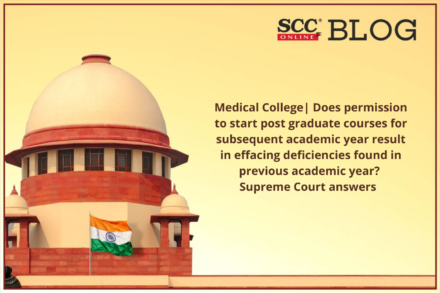