The Tenth NLU Antitrust Law Moot Court Competition 2019 has been inaugurated in the honorable presence of Dean Dr. I.P. Massey and the Registrar. The registrations and exchange of memorials between the teams is underway in the auditorium, while the Researchers have begun with the Researcher’s Test!

The judges have been briefed and they are really excited to witness the competition this time. The first Preliminary Rounds are about to begin and we wish all the participants good luck! 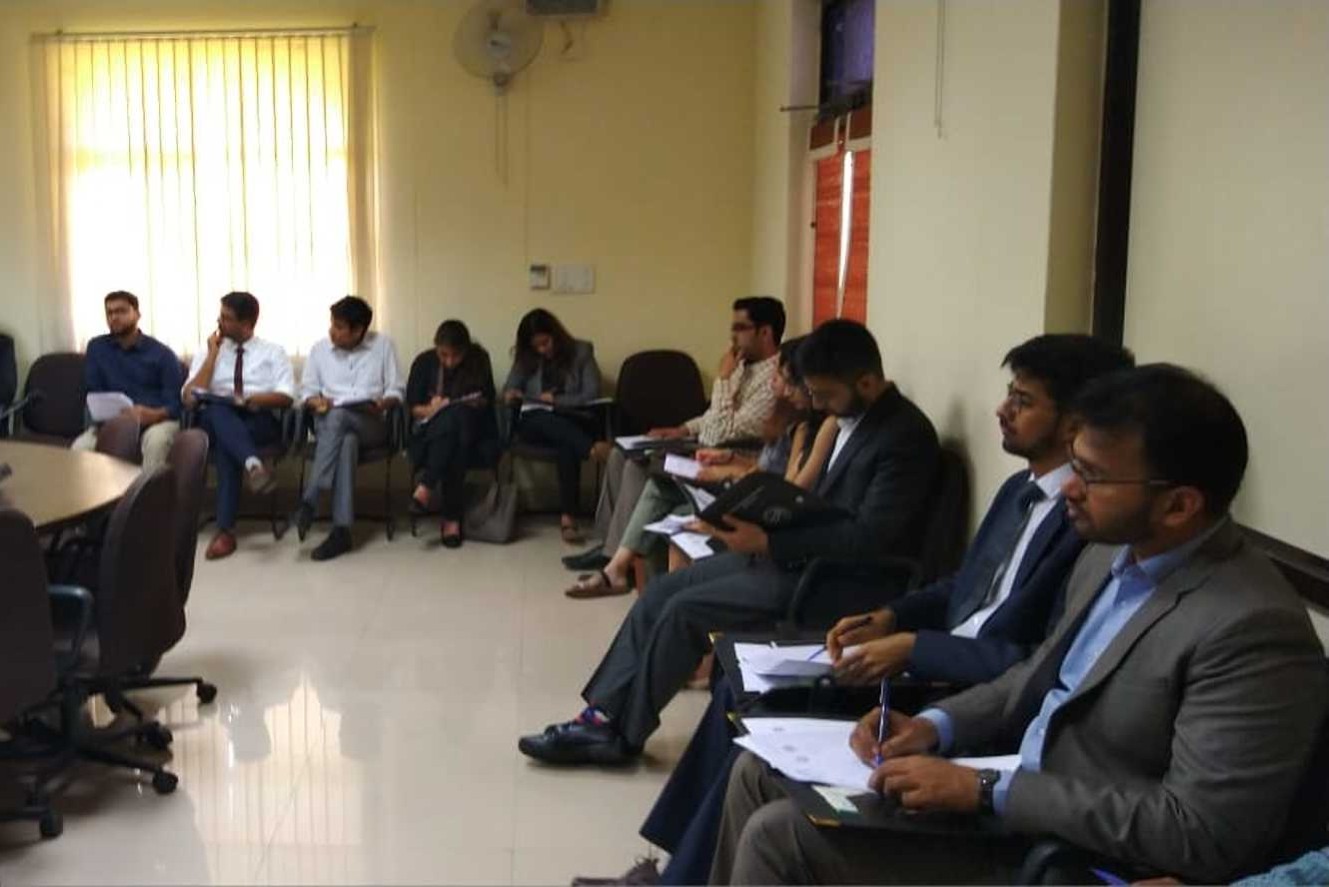 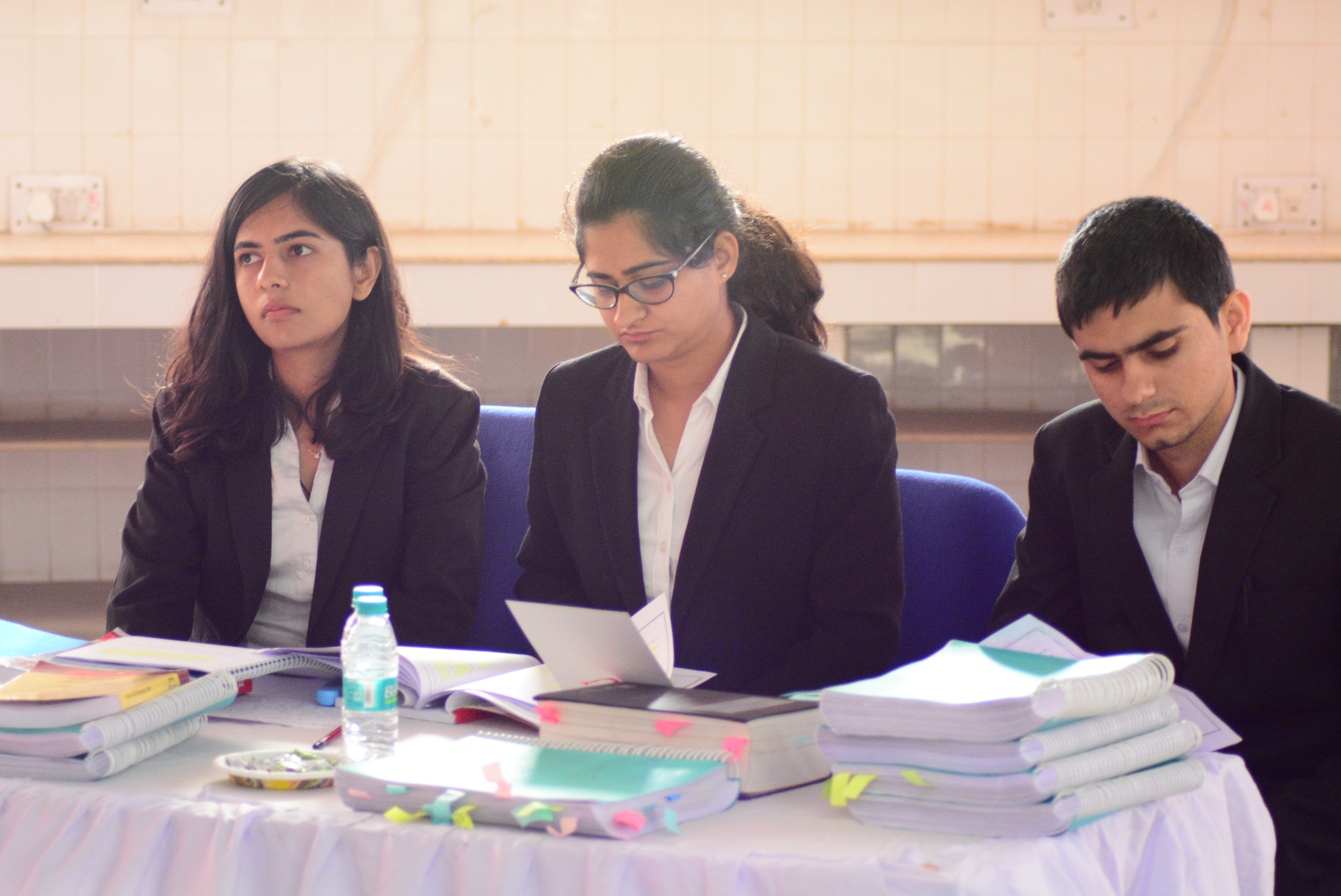 The two sets of reverse prelims will begin soon, followed by declaration of the teams advancing to the Octa-finals, to be held tomorrow.

The the reverse prelims have begun. This is to ensure each team has an equal chance to argue both sides, and thus maintain a balance in scores. The participants are tired, yet are positive as ever!

The reverse prelims have been concluded, and due to the brilliant organizers in the tabulation team, we were able to receive the results quickly. Following are the teams qualifying to the Octa-Finals (in no particular order) :

Memorials have been exchanged according to the match-ups, and the days events have come to an end. We congratulate the Octa-Finalists!

The judges have been briefed and the Octa Finals have commenced in the respective courtrooms. The participants look fresh and well rested even though they might have been ripping apart their opponent’s memorials all through the night! Wishing them all the best!

With the first set of Octa Final rounds over, preparations are in full swing for the reverse Octa Final Rounds. Meanwhile, participants attended the 4th Antitrust Panel Discussion, 2019. The topic for this year’s panel discussion pertains to Interface of Competition Law with the Indian Bankruptcy Code. Our esteemed panelists for this discussion are:

The participants of the panel discussion posed certain interesting questions to our Panelists. The questions ranged from procedural to policy issues, arising from the requirement of taking CCI’s approval for insolvency resolution plans that include combinations. The participants and the Panelists engaged on concepts, such as, the failing firm defence, composite combination transactions, inter-connected transactions, and so on, to name a few. The Panelists also threw some light on their practical experience as Competition Lawyers while dealing with complicated transactions that fall within the regime of the IBC. The interactive session provided the participants an insight into the complex interface between the IBC and Competition Law.

The Octa Finals and the Reverse Octa Finals have been concluded. While the participants argued commendably, our Judges had a tough time reaching consensus. The following are the teams progressing towards the Quater Finals (in no particular order):

We congratulate the qualifying teams. The exchange of memorials for the Quarter Finals shall be taking place soon at the Registration desk.

The Quarter Finals of the Tenth NLU Antitrust Law Moot Court Competition have come to an end. Here are the teams that have qualified to the Semi Finals.

A hearty congratulations to all the Semi Finalists!

The Semi Finals are currently underway. The teams are engaged in fierce argumentation before an eminent panel of judges in both court rooms. Here, take a glimpse at the rounds.

After establishing their ‘dominant position’ in this relevant mooting market, the following two teams will battle it out in the Finale of the Tenth NLU Antitrust Law Moot Court Competition 2019:

The Memorials will be exchanged between the finalists soon. May the best market player win the battle.

9.30 AM – The audience and judges are seated in the auditorium and the Final rounds of the Tenth NLU Antitrust Moot Court Competition will begin shortly.

9.40 AM – The first speaker from the Applicant’s side, begins his speech. He is calm and is responding well to the judges, who waste no opportunity in grilling him on the law and facts. The bench is fairly active, and all the three judges are participating equally.

10.20 AM – Speaker 2 from the Applicant’s side has now taken over. She begins her submission by trying to prove that DOPE is not an enterprise, as per the statutory definition under Sections 2(h) read with Section 3(3) of the Competition Act, 2002. She relies on the lack of an economic function, to prove so. However, the judges seem unconvinced, and asks the counsel to clarify the origin of this requirement. Mr. Rahul Singh (Partner, Khaitan & Co.) questions the counsel on the intricacies involved while relying on Section 3(3) along with Section 2(h). The counsel further cites the Coordination Committee case, to prove her point.

10.35 AM – The judges inquire about the ratio of the LPG Gas Cylinder case, and its relevance to the current argument. With only 2 mins left on the clock, the counsel moves to her second issue, regarding cartelisation. She seeks an extension of time, which is granted. Towards the end of her submissions, one of the judges pose a question regarding the lack of any arguments on mitigation of penalty. The counsel confidently replies that her party is not in violation of any competition or antitrust rules, and thereby need not argue on penalty. This creates a good impression upon the judges.

10.46 AM – The first speaker from the Respondent side, takes the podium. He appears immensely composed, and requests 30 seconds to arrange his documents on the podium. His speech is structured and brief, and the judges seem to be nodding in appreciation. He begins his first submission, on the maintainability of Jeevan Pharma’s admission. Mr. Rahul Singh and Dr K.D Singh (Joint Director (Law), Competition Commission of India) question the counsel on the distinction between the ability of the bench to hear the petition, and their power to grant compensation. The Counsel calmly tries to clarify his position, with reliance on the facts and clarifications, citing the relevant paragraphs, perfectly.

11.00 AM – The counsel then moves to his second submission, regarding Jeevan Pharma’s abuse of its dominant position, and lays down the three tests required to show the same. The judges don’t seem satisfied with increased reliance on foreign cases, in light of extensive Indian jurisprudence in the area, but the counsel responds adequately. He then seeks an extension, which is happily granted by the judges. As the counsel ends his submissions and thanks the bench, the panel of judges apologise for their repeated probe into every submission of his. This lightens the atmosphere. The judges appeared quite pleased with his set of submissions.

11.24 AM – Speaker 2 now arrives at the podium, to continue her fellow counsel’s submissions. She begins her submission by laying out a roadmap, upon the judges seeking a clarification. Her issues pertain to the ability of the DG and CCR to proceed against DOPE, and DOPE’s violation of Section 3(3). The rain of questions continue, as was the case for the previous speakers. The judges question the line of argument, that the cryptic order of DG can be used against anyone. The counsel tries to clarify her position and does not lose hope.

11.35 AM – The counsel moves to her second submission and focuses on the agreement between the manufacturers, as well as between the manufacturers and the DOPE. She informally quotes Lord Denning and then the statutory definition. There is a good level of engagement between the counsel and the judges. After this speech, the judges decide against rebuttals and surrebuttals, However, they give into the finalists’ request. Speaker 1 from the respondent gives a brilliant rebuttal which leaves the audience as well as the judges in awe.

11.40 AM – The rounds have been concluded, and the finalists wait for the results.

Vice Chancellor, Ms. Poonam Pradhan Saxena and the Dean, Dr. I.P. Massey, with other esteemed faculty members and the judges have taken their seats in the auditorium. Senior Member of the Moot Court Committee opened the ceremony with a heart warming speech and addressed the participants waiting eagerly for the results.

12.30 – Vice Chancellor felicitates the gathering
The Vice Chancellor thanked Khaitan & Co. for their valuable partnership in organising this year’s Competition. She further stressed upon the importance of Competition Law as an emerging field. She also encouraged the participants to take part in more moot court competitions, as it helps to further one’s advocacy skills and analytical abilities.

12.35 – Dr. K.D. Singh addressed the crowd and informed the audience about CCI’s endeavours and how CCI has been happy to host the moot in association with NLU Jodhpur, for the past 10 years, and expressed his desire to continue the same for the coming years.

12.38 – Mr. Manas Kumar Chaudhuri (Partner, Khaitan & Co) thanked Ms. Poonam Saxena and shared his experience as a corporate lawyer and left a very interesting question for the participants sitting in the audience, whether they are administering “justice” by being the extended arm

12.48 – Certificate of participation given out to the participants. 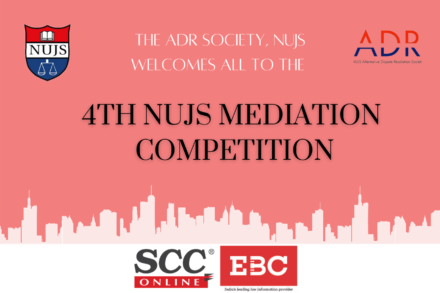 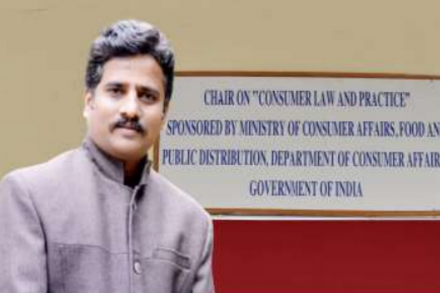 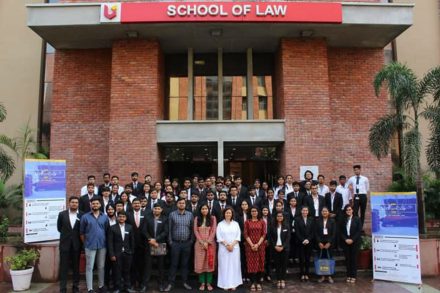