Jammu and Kashmir High Court: A Bench of Sanjay Kumar Gupta, J., disposed of a bail application against a juvenile on various grounds stated by the petitioner including the ground for furtherance of his son’s (accused) education.

The facts of the case are the accused was a juvenile at the time of commissioning of the offences. Despite that, he was arrested and was kept in the police lockup.

The petitioner contended that the juvenile was preparing for Medical Entrance Examination and the Board instead of adopting reformative approach took resort to a strict view which has not only curtailed his freedom / personal liberty but also caused a great blow to the educational /professional career of the juvenile.

The respondents argued that that son of the petitioner was involved in heinous offence under Sections 354-B/376-D RPC and Section 6 J&K POCFSV and in this regard the FIR should stand registered. The case fell within the ambit of rarest of the rare case, therefore, there was a  rider and embargo for grant of bail to the son of the petitioner.

The Court disposed of the bail application by giving liberty to the petitioner to file a fresh application before the trial court where the challan against the son of the petitioner was pending. It also ordered that any observation made by the Juvenile Justice Board should not come in the way of the trial court in deciding the fresh application. [Vinayak Sharma v. State of J&K, 2018 SCC OnLine J&K 1045, Order dated 24-12-2018] 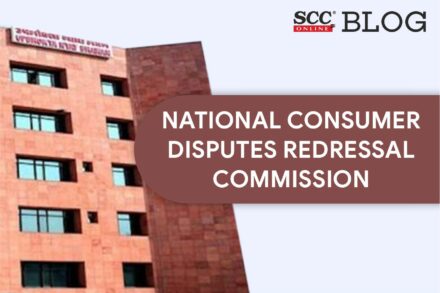 Offer of possession of apartments without the amenities promised and arbitrary deduction of earnest money; Read to know whether NCDRC found Mahindra Homes liable for deficient service?

Upbringing of children is the responsibility of both parents; extra maintenance awarded to wife for looking after the children alone