Kerala High Court: The Bench of A. Hariprasad, J. hearing an appeal against remand order, answered substantial questions of law in relation to suits instituted by a next friend.

Respondent, purportedly on behalf of his alleged mentally infirm sister Rohini, filed a suit for declaration that a registered document executed by her was null and void. Trial court conducted an enquiry in respect of Rohini’s mental condition under Order XXXII Rule 15 of the Code of Civil Procedure, 1908 and rejected the plaint finding that Rohini was not mentally unstable. Respondent preferred an appeal in District Court against the said order of rejection. Pending appeal, Rohini expired. District Court, without conducting any enquiry under Order XXXII Rule 15 of the Code, found rejection of plaint as improper and remanded the case to trial court. Aggrieved thereby, the instant appeal was filed.

The Court observed that as per Order XXXII Rule 12, if the alleged mentally infirm person, after due enquiry is found by the court to be of sound mind, then the court is obliged to ascertain whether he elects to proceed with the suit or to get it dismissed. It was noted that the said duty was not performed by trial court and thus rejection of suit was highly improper. In such a situation, neither Section 104 nor Order XLII of the CPC permits an appeal. 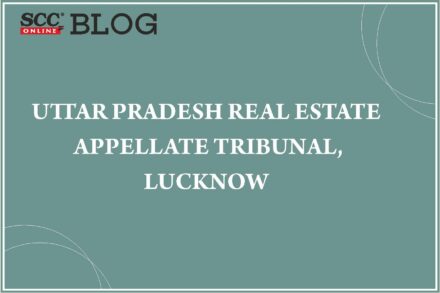 Developer issued two allotment letters, increasing cost of a unit in second by correcting taxes, lease rent and advance maintenance charges: Read whether UPRERA finds it to be illegal

NHRC: Notice to Centre & Maharashtra Govt. over reported deaths of farmers caused by spraying of pesticide on cotton crops

Jhar HC | Accused serving sentence in a non-bailable offence directed to be released on bail; Principle of parity applied