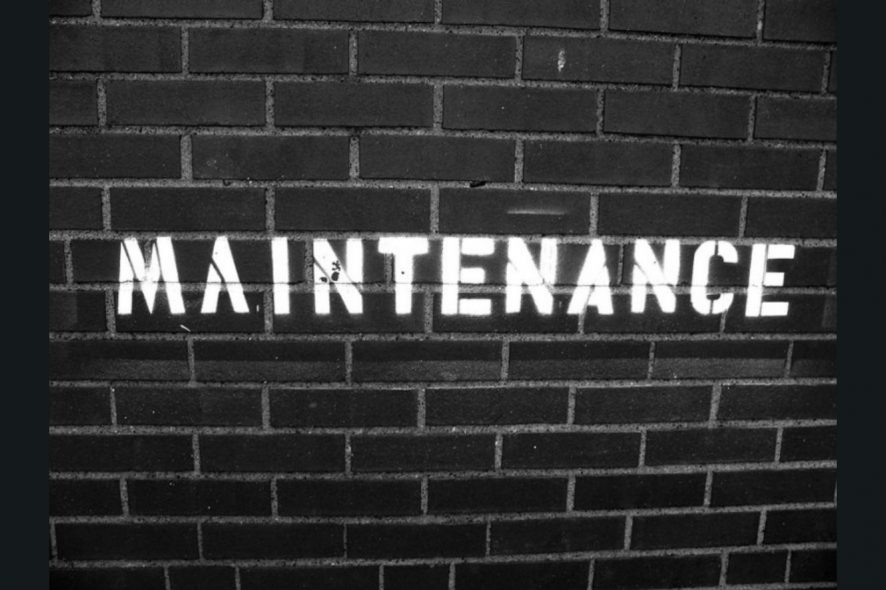 “Maintenance” is an amount payable by the husband to his wife who is unable to maintain herself either during the subsistence of marriage or upon separation or divorce. Various laws governing maintenance are as follows:

for Muslims – Muslim Women (Protection of Rights on Divorce) Act, 1986

Temporary maintenance is granted by the court during the pendency of proceeding for divorce or separation to meet the immediate needs of the petitioner.

Under Section 24 of Hindu Marriage Act, 1955 either of the spouses, husband or wife can be granted relief if the court is satisfied that the applicant has no independent income sufficient for his or her support and necessary expenses of the proceedings pending under the Act.

Furthermore, Section 36 of Special Marriage Act, 1954 also makes provision for the wife to seek expenses from the husband if it appears to the district court that she does not have independent income sufficient for her support and necessary expenses of proceedings under Chapters V or VI of that Act.

Still further, under Parsi Marriage and Divorce Act, 1936 either Parsi wife or husband is entitled to claim expenses where the proceeding is pending under the Act. Section 39 of the Act which is substantially the same as Section 36 of the Special Marriage Act makes a provision in this behalf.

Also, under Section 36 of Divorce Act, 1869 which applies to persons professing Christain religion, a wife is entitled to expenses of proceeding under the Act and maintenance while the suit is pending.

All these provisions specify that the application for interim maintenance has to be disposed of within sixty days of service of notice on the respondent.

It is the maintenance granted permanently after the disposal of the proceeding for divorce or separation.

Hindu Marriage Act, 1955, Section 25 – Applicant, either wife or husband is entitled to receive from the spouse for his/her maintenance and support a gross sum or monthly or periodical sum for a term not exceeding the applicant’s lifetime or until he/she remarries or remains chaste.

Hindu Adoption and Maintenance Act, 1956, Section 18 – Hindu wife is entitled to be maintained by her husband during her lifetime. Wife also has a right to separate residence and maintenance if any of the condition in Section 18(2) [desertion, cruelty, leprosy, any other wife/ concubine living in the same house, conversion of religion or any other reasonable cause] is fulfilled until she remains chaste or does not convert to other religion. It may also be noted that Section 19 of this Act makes a provision for a widowed wife to be maintained by her father-in-law.

Criminal Procedure Code, 1973, Section 125 – This section provides for maintenance not only to the wife but also to child and parents. Court may order a husband who has sufficient means but neglects or refuses to maintain his wife who is unable to maintain herself to provide monthly maintenance to her. However, wife shall not be entitled to receive maintenance if she is living in adultery, or refuses to live with husband without any sufficient reasons, or living separately with mutual consent.

Muslim Women (Protection of Rights on Divorce) Act, 1986, Section 3 – A divorced Muslim woman is entitled to a reasonable and fair provision and maintenance to be paid to her within the iddat period by her former husband; an amount equal to the sum of mahr or dower agreed to be paid to her at the time of her marriage or at any time thereafter according to Muslim law; and all the properties given to her before or at the time of marriage or after her marriage by her relatives or friends or the husband or any relatives of the husband or his friends. If husband fails to provide her the above mentioned then Magistrate can order for payment of the same.

Parsi Marriage and Divorce Act, 1936, Section 40 – A Parsi husband or wife may apply to the Court under this section whereupon the Court at the time of passing any decree under the Act or anytime subsequent thereto order that the defendant pay the plaintiff a gross or monthly sum for his/her maintenance and support. Such order may also be modified subsequently if the Court is satisfied that change in circumstances warrants so. The order may also be rescinded or modified if the party in whose favour the order was made remarries; or in case of wife, she does not remain chaste; or in case of the husband, he has sexual intercourse with any woman outside the wedlock.

Special Marriage Act, 1954, Section 37 – This section is also similar to Section 40 of the Parsi Marriage and Divorce Act. The difference being that under this section maintenance may be claimed only by a wife against the husband from a court exercising jurisdiction under Chapters V or VI of the Act. An order made under this section may be modified or rescinded by the district court at the instance of the husband if it is shown that the wife has remarried or is not leading a chaste life.

Maintenance includes — (i) in all cases, provisions for food, clothing, residence, education and medical attendance and treatment; (ii) in the case of an unmarried daughter also the reasonable expenses of and incident to her marriage, Section 3(b), Hindu Adoption and Maintenance Act, 1956.

Maintenance necessarily must encompass a provision for residence. Maintenance is given so that the lady can live in the manner, more or less, to which she was accustomed. The concept of maintenance must, therefore, include provision for food and clothing and the like and take into account the basic need of a roof over the head, Mangat Mal v. Punni Devi, (1995) 6 SCC 88.

Maintenance of wife for her ‘sustenance’ does not mean animal existence but signifies leading life in a similar manner as she would have lived in the house of her husband. Husband is duty bound to enable his wife to live life with dignity according to their social status and strata, Bhuwan Mohan Singh v. Meena, (2015) 6 SCC 353.

“Wife” Includes a woman who has been divorced by or has obtained a divorce from, her husband and has not remarried,  Section 125(1) Explanation (b), CrPC 1973.

Maintenance only to legally wedded wife

A Muslim husband contracting another marriage or taking a mistress is liable to pay maintenance to the previous wife who also has right to live separately which is payable from the date of the other marriage. Irrespective of religion, husband cannot absolve his liability by offering to take back the wife and maintain her, Begum Subanu v. A.M. Abdul Gafoor, (1987) 2 SCC 285.

Husband who conceals subsistence of his earlier marriage while marrying the second wife is entitled to give maintenance to second wife. Second wife is to be treated as a legally wedded wife for the purpose of maintenance, Badshah v. Urmila Badshah Godse, (2014) 1 SCC 188.

Wife ‘living separately with mutual consent’ does not include divorced wife

The meaning of ‘wife’ under Sections 125(1) and 125(4) CrPC is different. Section 125(4) contemplates a married woman. Wife living separately from husband with mutual consent does not mean wife who obtains divorce by mutual consent and lives separately and therefore cannot be denied maintenance on this ground, Vanamala v. H.M. Ranganatha Bhatta, (1995) 5 SCC 299.

Is an earning wife entitled to maintenance?

Wife having a school of her own and possessing wet lands is in a better financial position than husband who is not doing well in his profession and has no land. Hence, it is unnecessary to pay any maintenance to the wife, Rosy Jacob v. Jacob A. Chakramakkal, (1973) 1 SCC 840.

Wife’s income to be accounted for determining maintenance

Wife’s income has to be taken into account while determining the amount of maintenance payable to her. It is not an absolute right of a neglected wife to get maintenance nor it is an absolute liability of husband to support her in all the circumstances, Bhagwan Dutt v. Kamla Devi, (1975) 2 SCC 386.

Maintenance to woman in a live-in relationship

The Supreme Court expressed its opinion that a broad interpretation of “wife” should include cases where man and woman live together as husband and wife for a reasonably long period of time (live-in relationship/ presumed marriage/ de facto marriage/ cohabitation). A strict proof of marriage should not be a precondition for maintenance under S. 125 CrPC so as to fulfill the true spirit and essence of the beneficial provision of maintenance, Chanmuniya v. Virendra Kumar Singh Kushwaha, (2011) 1 SCC 141. (This judgment has however been referred to a larger bench)

Recently, it is held that a woman in a live-in relationship has an efficacious remedy to seek maintenance under Protection of Women from Domestic Violence Act, 2005 even if it is assumed that she is not entitled to the same under Section 125 CrPC. In fact, under the Domestic Violence Act, the victim would be entitled to more relief than what is contemplated under Section 125 CrPC, Lalita Toppo v. State of Jharkhand, 2018 SCC OnLine SC 2301.

A divorced Muslim woman has right under Section 125 CrPC to claim maintenance even beyond the iddat period. If the woman is able to maintain herself then the liability of husband to maintain her ceases with the expiration of iddat period. However, on the inability of maintaining herself, she can take recourse of that section. Section 125 has an overriding effect on personal law in case of conflict between the two, Mohd. Ahmed Khan v. Shah Bano Begum, (1985) 2 SCC 556.

Divorced Muslim woman can claim maintenance from State Wakf Board

A divorced Muslim woman unable to maintain herself can directly claim maintenance from the State Wakf Board in the first instance under Section 4 of Muslim Women (Protection of Rights on Divorce) Act, 1986 and in the same proceeding can plead inability of her relatives to maintain her. Relatives can be added as parties to the litigation if they have enough means to pay maintenance, T.N. Wakf Board v. Syed Fatima Nachi, (1996) 4 SCC 616.

Section 3(1)(a) of Muslim Women (Protection of Rights on Divorce) Act, 1986 makes husband liable to make a reasonable and fair provision and maintenance to divorced Muslim wife on or before the expiration of the iddat period. However, this maintenance is not limited only for the iddat period but extends to her whole life unless she remarries. Husband is obliged to provide a reasonable and fair provision in addition to maintenance to contemplate the future need of ex-wife, Danial Latifi v. Union of India, (2001) 7 SCC 740.

Maintenance not restricted to iddat period

A divorced Muslim wife is entitled to maintenance not merely until the completion of the iddat period, but for her entire life unless she remarries. Sabra Shamim v. Maqsood Ansari, (2004) 9 SCC 616. 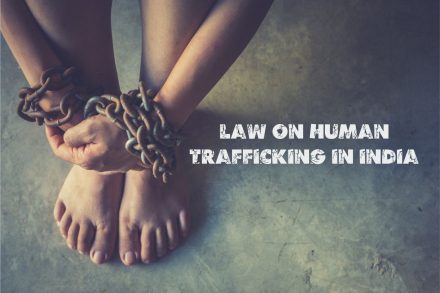 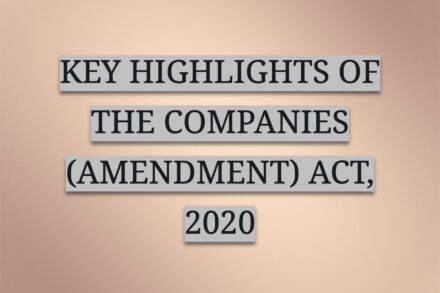 By Bhumika Indulia Published on January 28, 2021 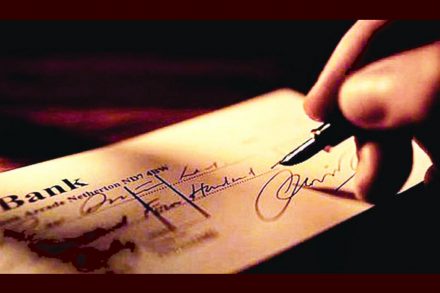