Supreme Court: A Bench comprising of N.V. Ramana and M.M. Shantanagoudar, JJ. dismissed an appeal filed by the State of U.P. against the judgment of Allahabad High Court whereby it had reversed the decision the decision of trial court and acquitted the accused of charges under Sections 302 and 307 read with 149, Section 148 IPC and Section 7 of Criminal Law (Amendment) Act, 1932.

The accused persons were alleged to have participated in rioting and injuring the deceased (a senior official) with fire shots which resulted in his death. The accused were tried and convicted by the trial court for the offences mentioned above. However, on appeal by the accused persons, the High Court reversed the conviction and acquitted them. Aggrieved thereby, State of U.P. filed the instant appeal.

On perusal of the record, the Supreme Court was of the view that the judgment of the High Court needs no interference. The Court noted several laches in the investigation which went to root of the matter and resulted in acquittal:

Observing that suspicion however grave, cannot take place of proof, the Court gave benefit of doubt to the accused and upheld the High Court’s judgment of acquittal. The appeal filed by the State was dismissed. [State of U.P. v. Wasif Haider,2018 SCC OnLine SC 2740, decided on 10-12-2018] 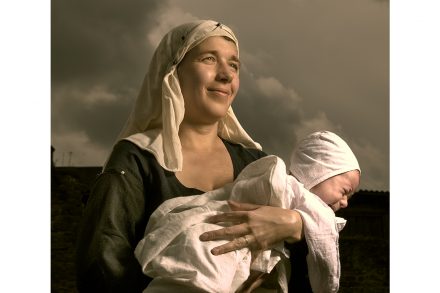 Mother cannot be deprived of her child’s custody on the ground of difference in faith; Court embarks on rights of guardian in nurture in absence of father