The main issue that arose before the Court was whether the respondent authorities were justified in ordering the bye-elections to be held and whether the said order was in consonance with Section 151 A of the Representation of People Act, 1951.

The Court observed that the true intention behind Section 151 A was that notwithstanding anything contained in Section 147, 149, 150 and 151 of the RP Act, bye-election for filling any vacancy referred to in the said sections should be held within 6 months from the date of occurrence of the vacancy, but it is provided that in two eventualities, the provisions of Section 151 A would not apply viz. (a) when the remainder of the term of a member in relation to the vacancy is less than one year and (b) when the Election Commission in consultation with the Central Government certifies that it is difficult to hold the bye-election within that period. The period of one year as discussed in the provision refers to the remaining term from the date of occurrence of vacancy which ought not to be less than a year. In the instant case the vacancies had arisen on 18-05-2018 and 21-05-2018 and if the elections are not allowed to be held in relation to these vacancies then these constituencies will remain unrepresented for a period of more than a year, till the next general elections.

The Court held that the respondent authorities had not committed any error in passing the order for holding bye-elections for the vacant constituencies. Further, the Court also held that if there arises an ambiguity with regard to interpretation of Section 151 A of the RP Act, then recourse to the report of a Committee on Electoral Reforms, 1990 must be taken since Section 151A was introduced on the basis of this committee report. [AP Ranganatha v. Chief Election Commission, WP No. 46107 of 2018, order dated 29-10-2018]

SCOTUS | Claims of Artwork by the heirs of Jewish Art dealers rejected. Why? Read discussion on Whether a country’s alleged taking of property from its own nationals fall within exception of Foreign Sovereign Immunities Act 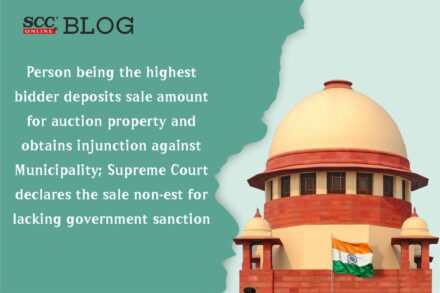 NEET-UG, 2018| Candidate awarded compensatory marks in lieu of error in translation of questions